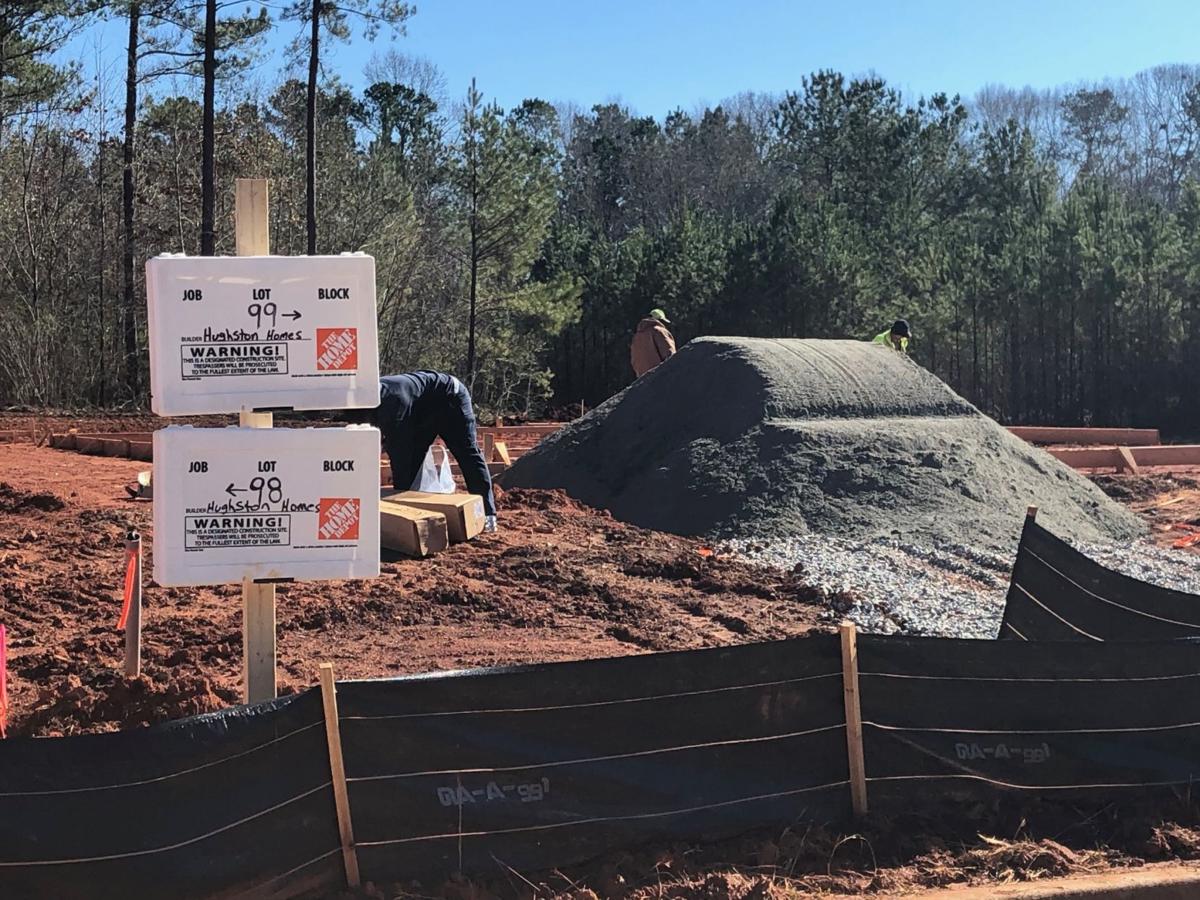 A developer has begun building the first seven homes in the new Juliette Commons subdivision off Juliette Road in Forsyth.

Hughston Homes obtained seven permits from the Forsyth-Monroe County Building Department in late December to build homes ranging from 2,378 to 3,600 square feet. The new subdivision is located off of Frontage and Juliette Road, behind the Hampton Inn, near KOA Campground. The subdivision, which includes 96 lots total, had been abandoned by a previous developer who went broke in 2006. However, streets are paved, water and sewer pipes are laid, underground electric lines are in place and 96 lots are surveyed.

When he told city council about his plans last year, developer Edgar Hughston said he has 47 years in the business. His company is located near Columbus and has built homes in Newnan, Warner Robins and Perry. The company’s website shows it has built houses in Tennessee, Alabama and Georgia. He said his company intends to build homes on the 96 lots and then possibly expand to the raw land behind which he has room for about another 109 lots.

The original plan called the subdivision Juliette Village, but it is now referenced as Juliette Commons. City Manager Janice Hall said the houses would have Forsyth city water and sewer but would be served by Central Georgia EMC. P&Z Commission member Steve Coleman said that underground power lines are now required by the city and that this subdivision was designed with underground lines.

Hughston said he has been pleased at how well the infrastructure has tested after having been abandoned for over a decade and how little work needs to be done to update it.

Hughston Homes is already marketing the subdivision on its website under the name Monroe Metro. It reads: “Forsyth is a quaint and historic city about a little over an hour south of Atlanta. Residents enjoy easy commutes to nearby cities, as well as a low cost of living and convenient access to the region’s wealth of attractions and sites of interest. For families, retirees, commuters and young professionals, Forsyth is a fantastic place to live. Forsyth’s schools were recently rated in the top 5 for best schools in the state of Georgia. In addition, the area boasts a dynamic economy and diverse community. Forsyth is home to the historic Rose Theater and is a great place for community goers to enjoy the arts.”

Juliette Commons is the latest of several subdivisions bringing new homes to the county. The city has just approved a second phase of Manor at Montpelier, and a developer has re-started the construction of homes in the Greystone subdivision on Hwy. 42 near the Butts County line.