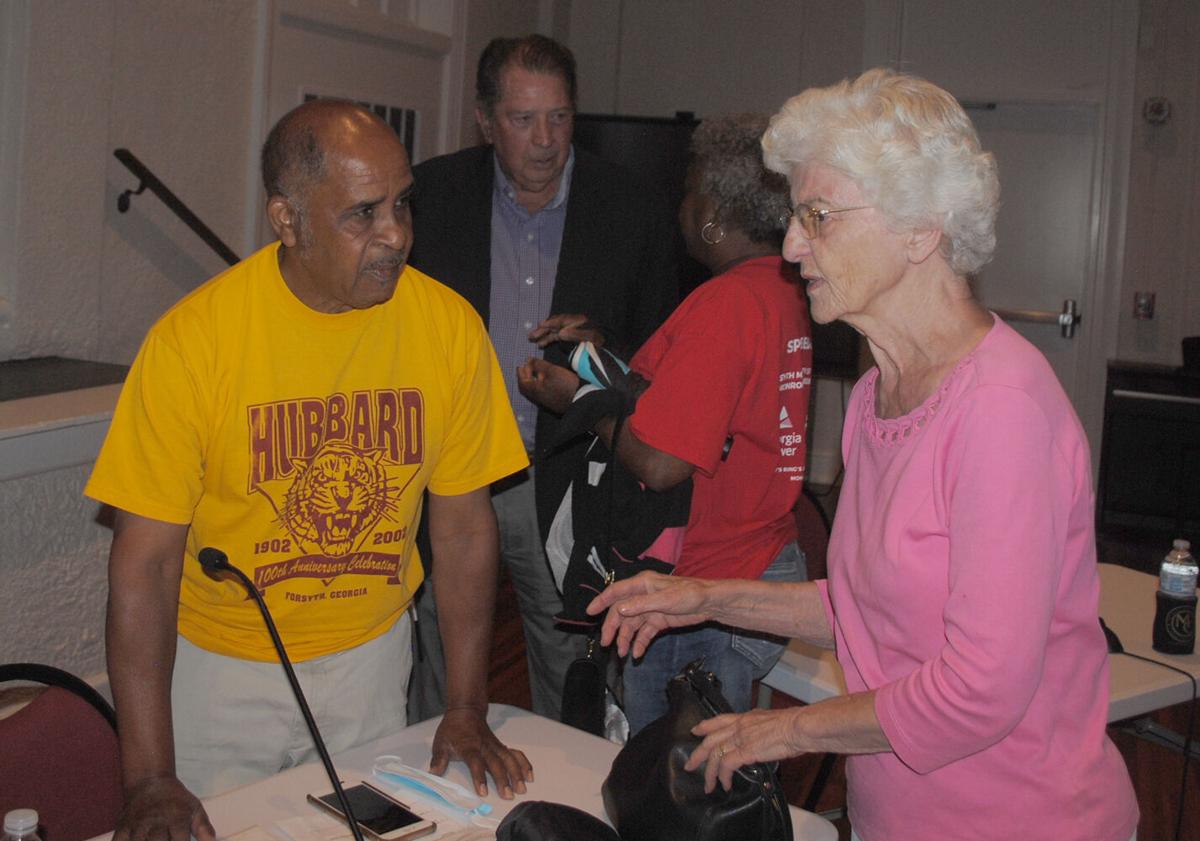 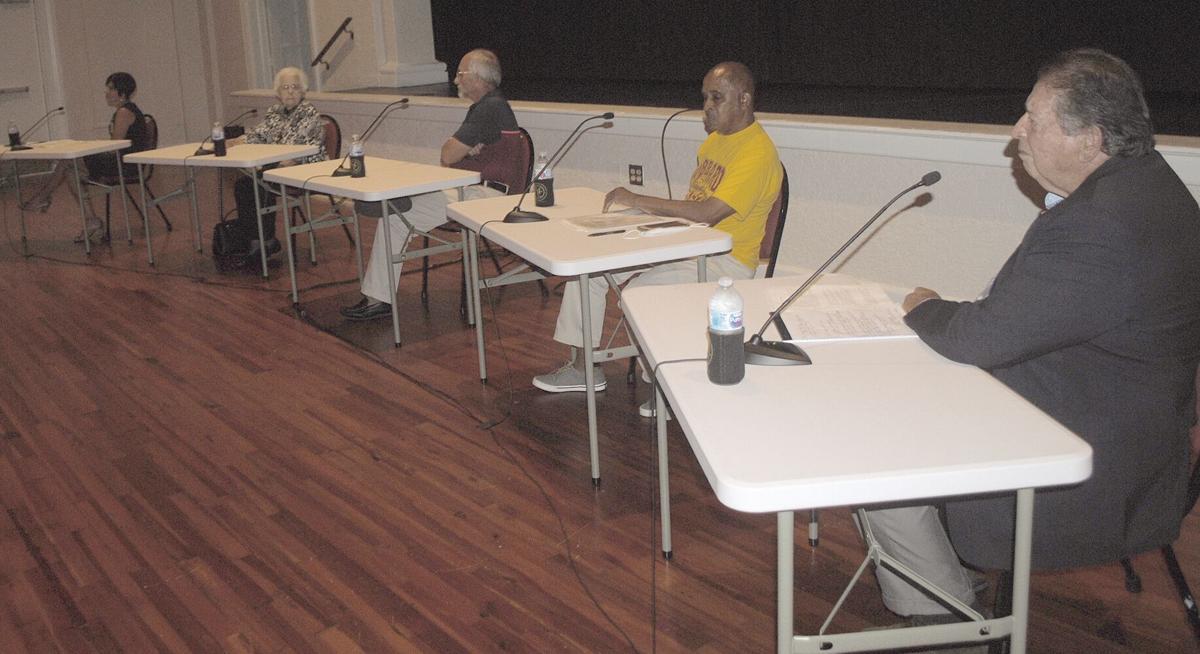 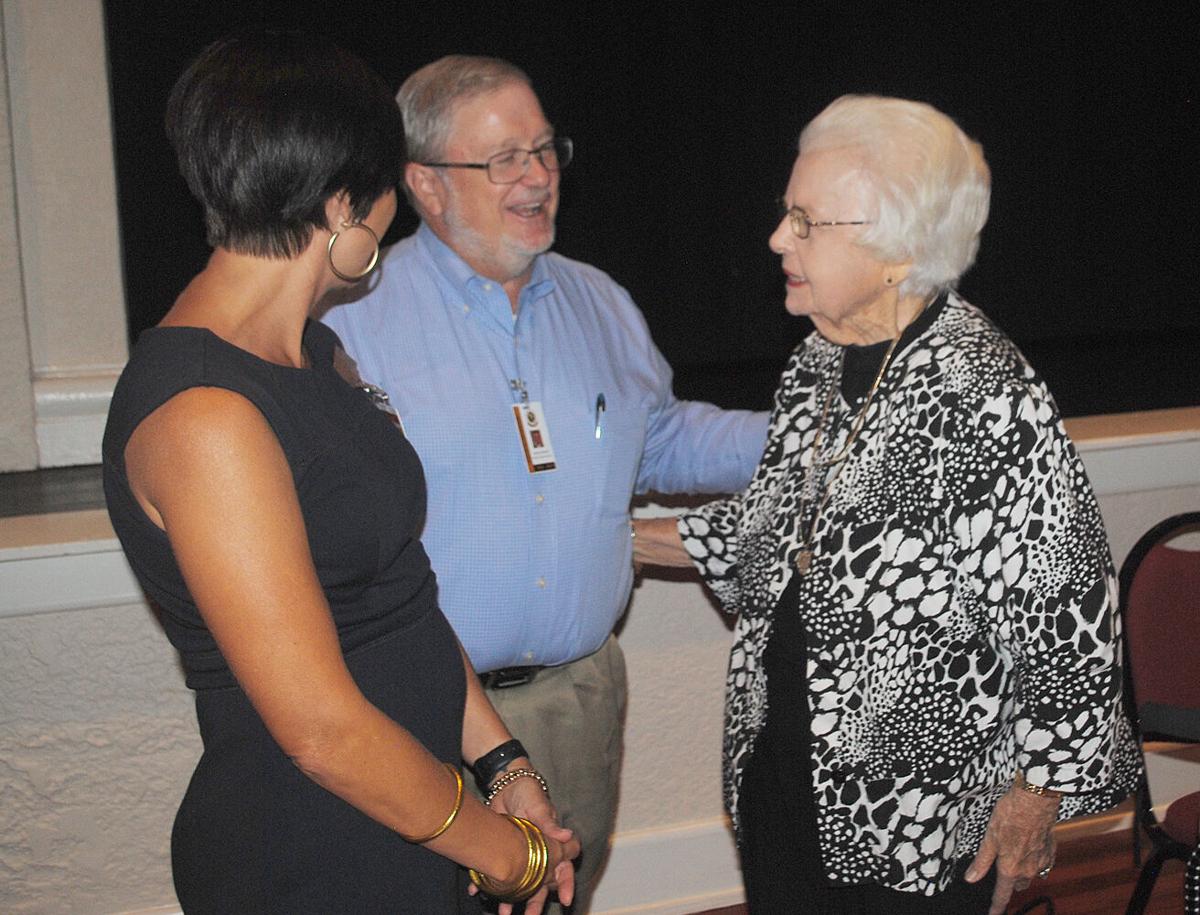 Monroe County is celebrating its 200th birthday in 2021, and a Bicentennial Committee has organized a year-long look back at the years from 1821-2021 with an emphasis on a different aspect of the county each month. In June the focus was on education, and Monroe County has been rich in educational institutions over the years.

Futral came to Forsyth as a student at Tift College, which her older sisters and twin sister also attended. She came back as an English professor and taught for 38 years at Tift and then another 13 years at Mercer University.

Welch came to Monroe Academy as a 7th grader with his father along with 15 athletes brought by the new coach. He married a Monroe County lady; their children attended Monroe Academy, and Welch stayed involved  with Monroe Academy as a coach, parent and alumnus. He worked at Robins Air Force Base for 40 years; he worked in training and identifies with those in education.

Gantt graduated from Hubbard High School before attending Fort Valley State University and University of Georgia and has remained active in the Monroe County community. He is president of the Hubbard Alumni Association. Charles Dumas graduated from Mary Persons before attending Clemson. He coached at Gordon Military College and then coached with Dan Pitts at Mary Persons for five years before becoming principal of Monroe County Middle School. Superintendent of Schools was then an elected office; when Supt. Jim Mitchell retired, Dumas ran for office and remained superintendent from 1975 until he retired in 2000.

Daniel said the Monroe County History Book shows that a number of academies were chartered by the Georgia legislature in Monroe County around the time the county was established in 1821.

Dumas said he will always remember his first day as a student at the Banks Stephens Institute, which was on Brooklyn Ave. where Farmers Furniture is now. It housed 1st and 2nd grade and 5th-7th grade, with 3rd-5th grade being in a school near the football stadium. Dumas said there were about 400-500 students at Mary Persons, which was 8th-12th grade, when he attended.

Gantt said Hubbard was a brand new school building when he started 1st grade in 1956. He said each day there was an assembly in the auditorium with prayer, scripture reading and the pledge of allegiance recited.

“It was a very loving atmosphere,” he said.

Welch said when he came to Monroe Academy, which housed 1st-12th grade at one location, he was impressed with how very kind and helpful the upper classmen were to younger students. Coming from the Bibb County school system, he noticed that the small classes meant students got lots of attention. He graduated in a class of about 45 students. He said the trust he received from students as a coach made coaching an honor.

“Monroe Academy made me who I am, and I wanted to give my children the same experience,” he said.

Futral, who celebrated her 93rd birthday the preceding week, said that coming to Tift College from the small town of Wadley, Ga. was a social education as well as an academic education. She arrived in gloves and stockings, dressed in Sunday best. She remembers when the Tift girls marched from campus to First Baptist Church to attend services on Sundays and filled the whole church.

“There are a lot of customs and traditions we don’t follow any more,” said Futral. “About the only one now is graduation.”

She was very sorry to see Tift close but noted that it made a great impact through its students and faculty. She said almost everywhere she has gone in the world she has encountered people with connections to Tift College. It has had a lasting effect on Forsyth and Monroe County, particularly through the many Tift ladies who married Monroe County men and stayed in the community.

A recent reminder of the Tift legacy came with the opening of the Fox City Brewery; Futral said Forsyth came to be called ‘Fox City’ because of all the pretty Tift girls living in Forsyth. Futral recalled that when she was a student there was only one car on campus; it was owned by a faculty member. Yet professors provided cultural experiences for students by taking them to ball games, concerts, other events and even to the Steak & Shake.

Elder said she grew up in Bulloch County where her father was a pharmacist. Watching him counsel and work with patients cultivated her interest in working with people and teaching. She was impressed by her husband’s sense of pride in Monroe County schools. She said her work as a principal in Upson County and at K.B. Sutton Elementary were the most rewarding jobs she has had.

Daniel asked panelists about the alumni associations at Hubbard, Monroe Academy and Tift College, and they discussed how students and faculty have maintained ties and continued the legacies of the institutions.

“So many missionaries came from Tift and others who have gone around the world,” said Futral. “It’s amazing the influence they’ve had, a good influence.”

Daniel asked panelists about the part athletics had played for the schools. Dumas said Mary Persons football had been successful even before Dan Pitts became coach and had been a unifying force in the community. He said Mary Persons also had championship track teams, good basketball teams, an excellent debate team and good programs in chorus and agriculture among other areas.

Gantt talked about the athletic programs at Hubbard that dated back to the 1920’s and 1930’s and the championship football team of 1955 that will be honored at the Monroe County 2021 Sports Hall of Fame Banquet. He said various players and teams, especially girls basketball teams, stood out over the years.