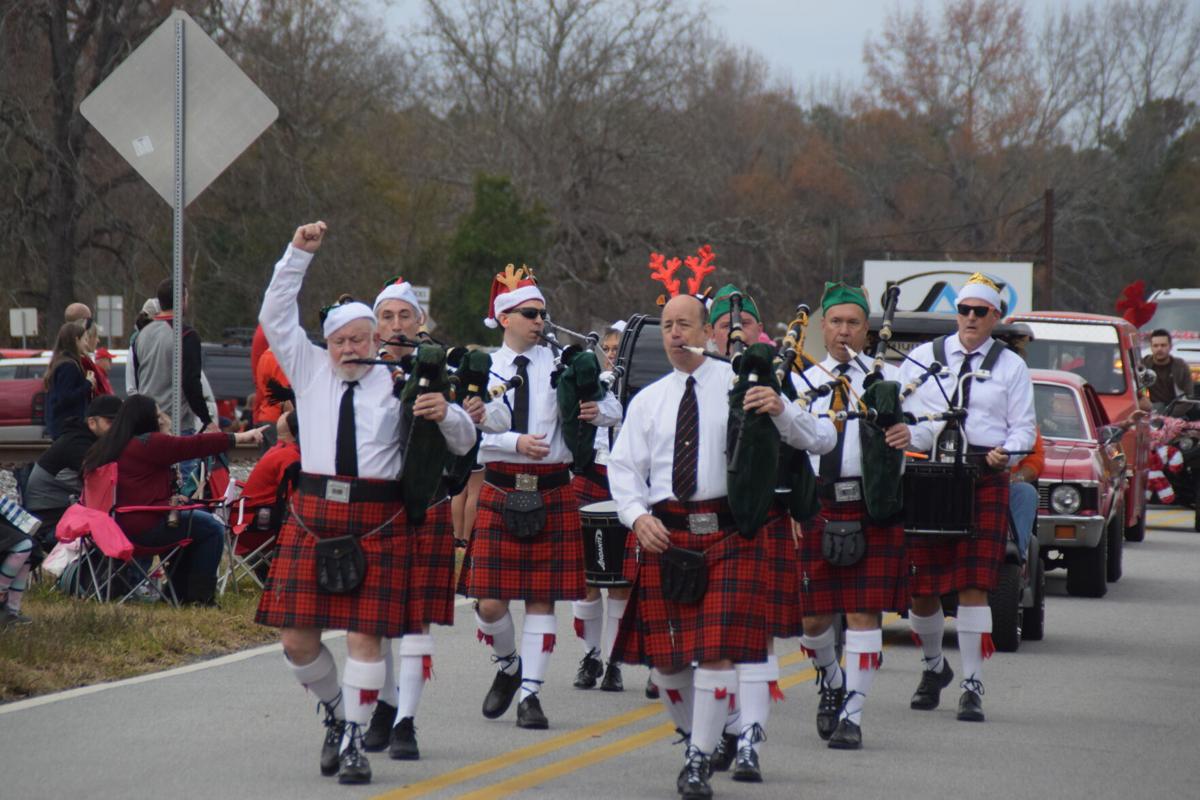 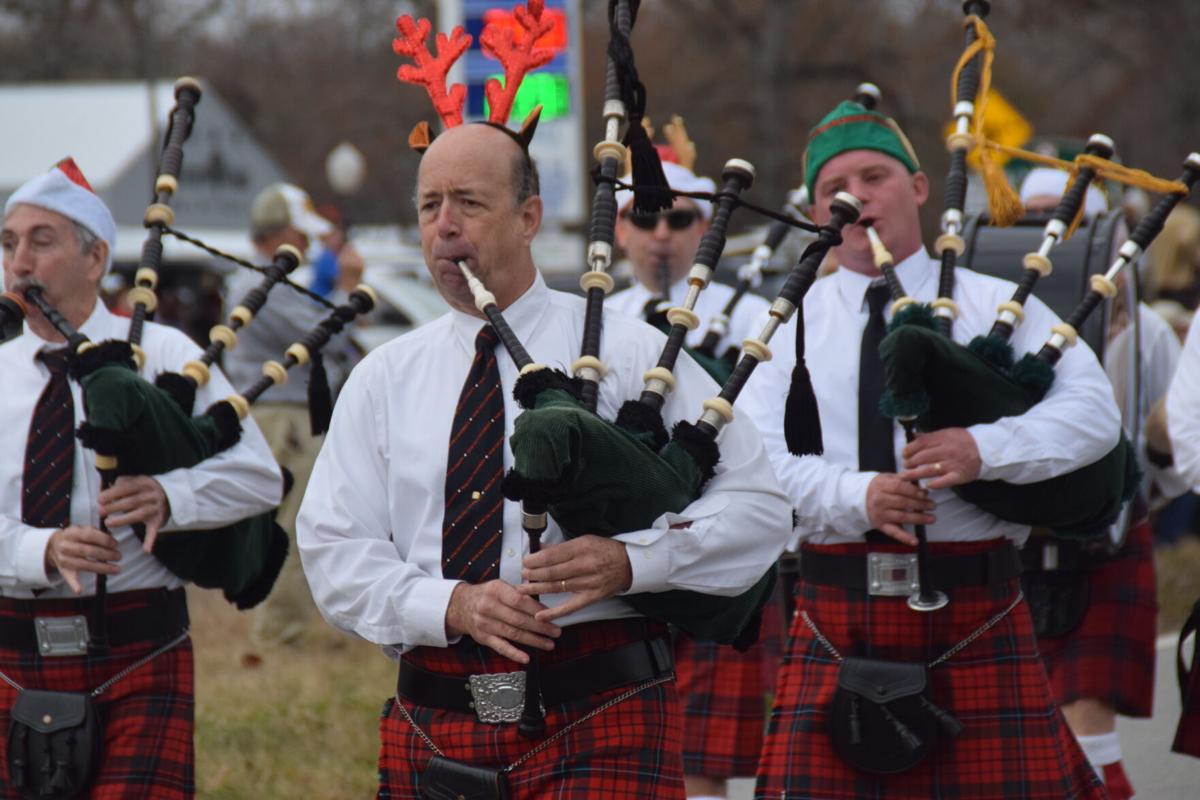 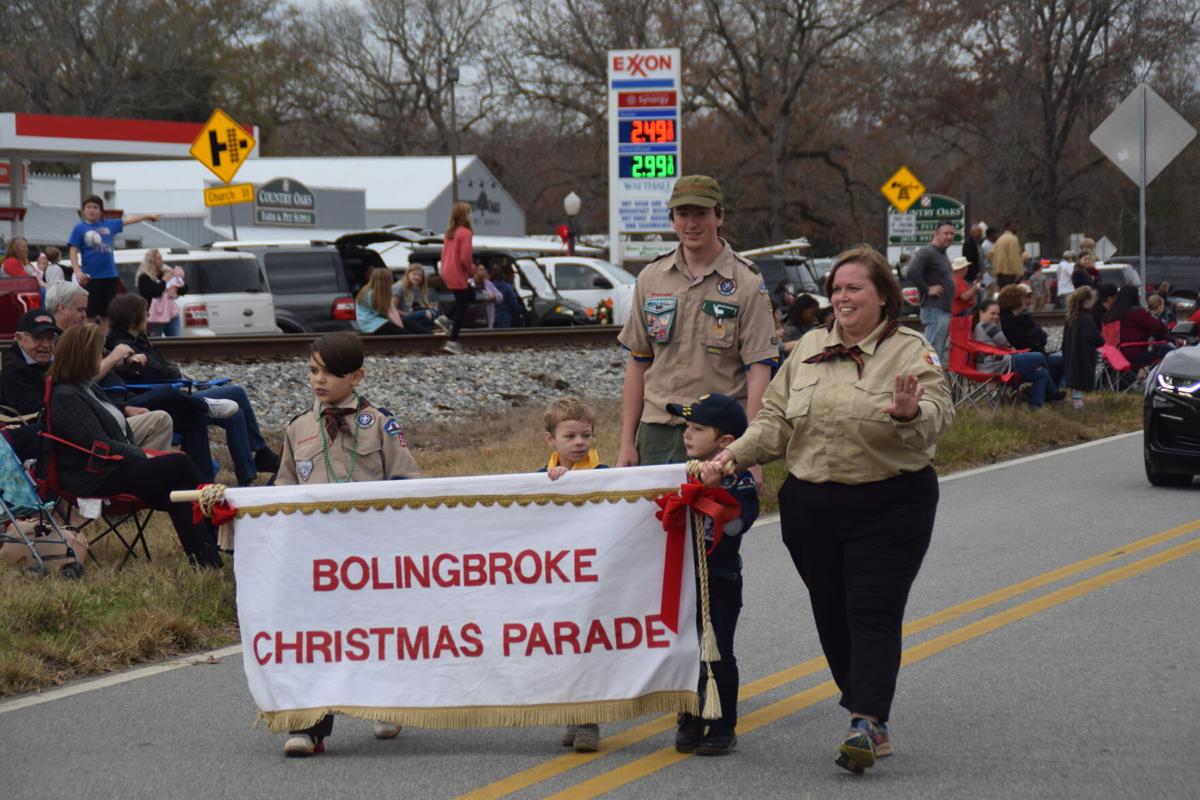 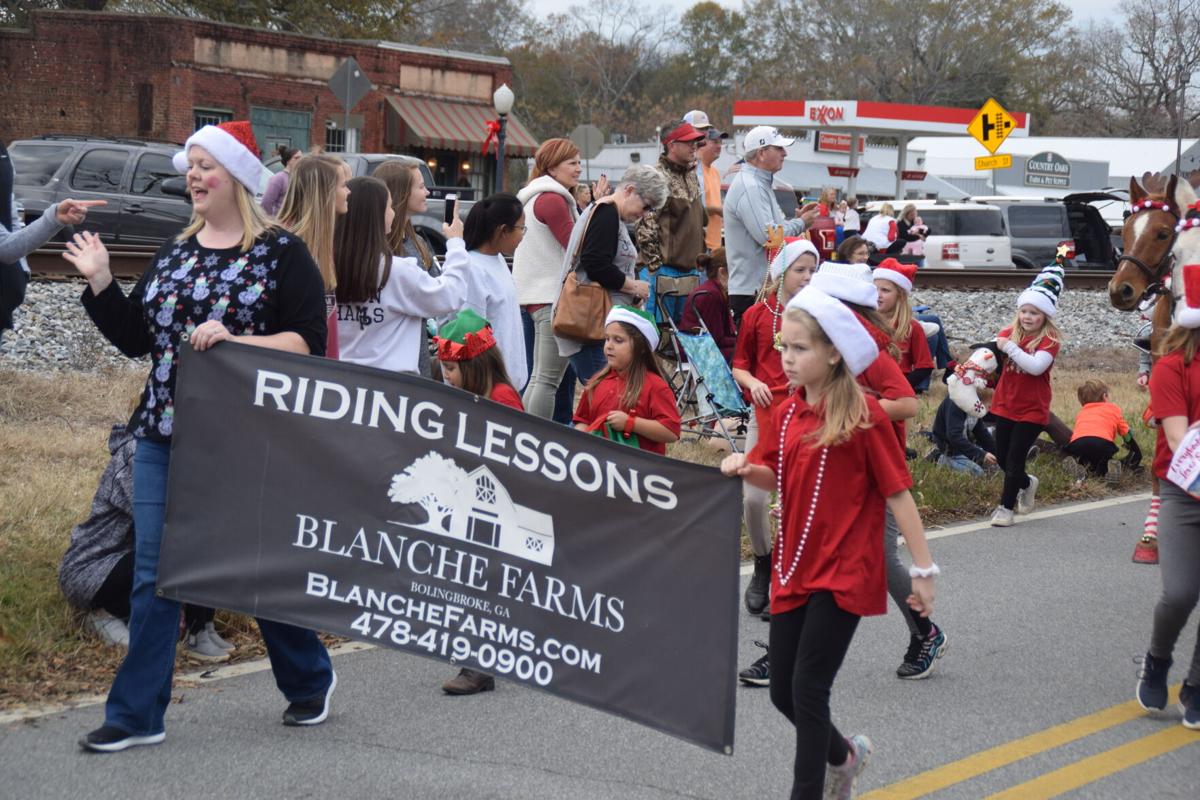 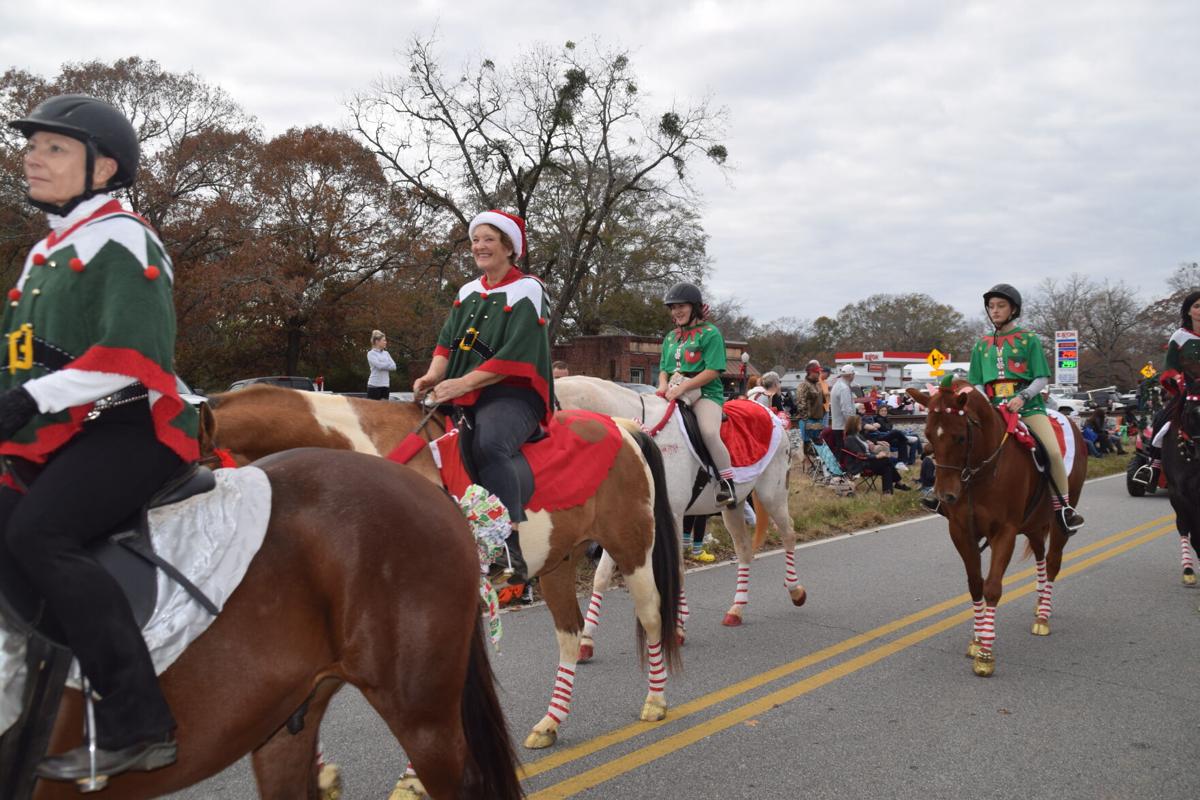 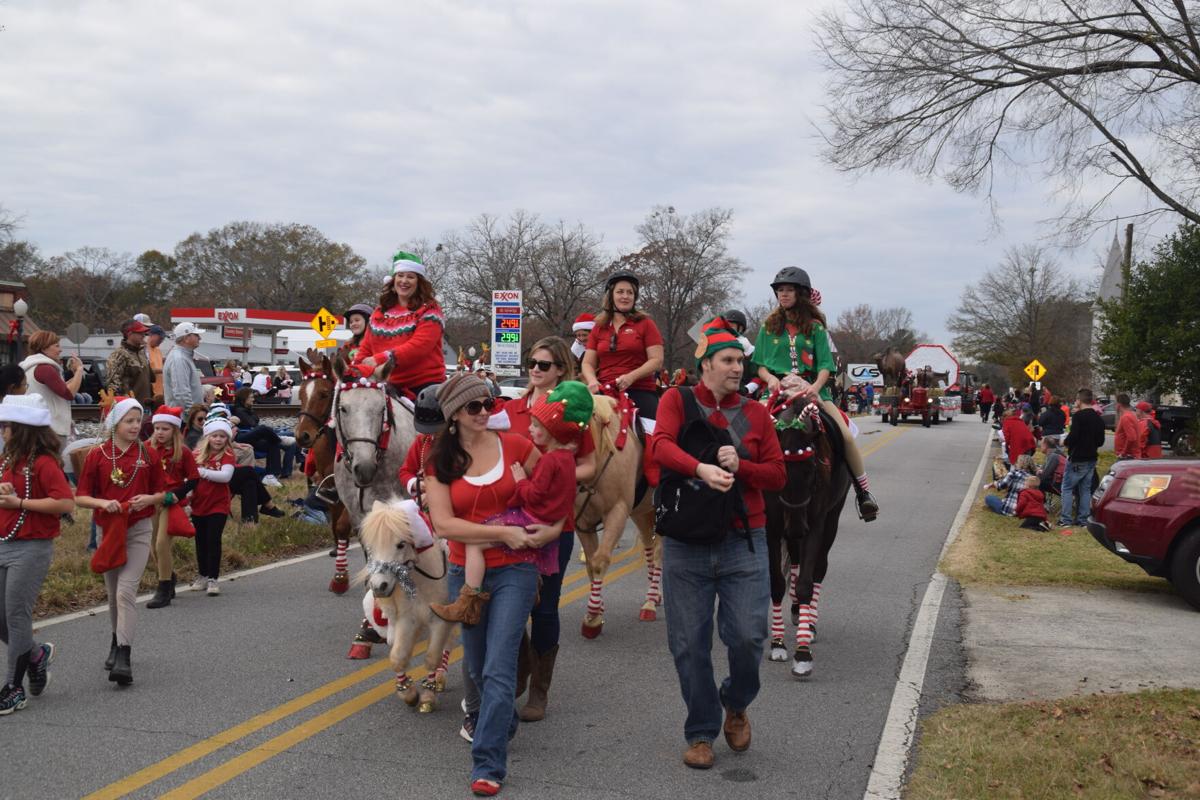 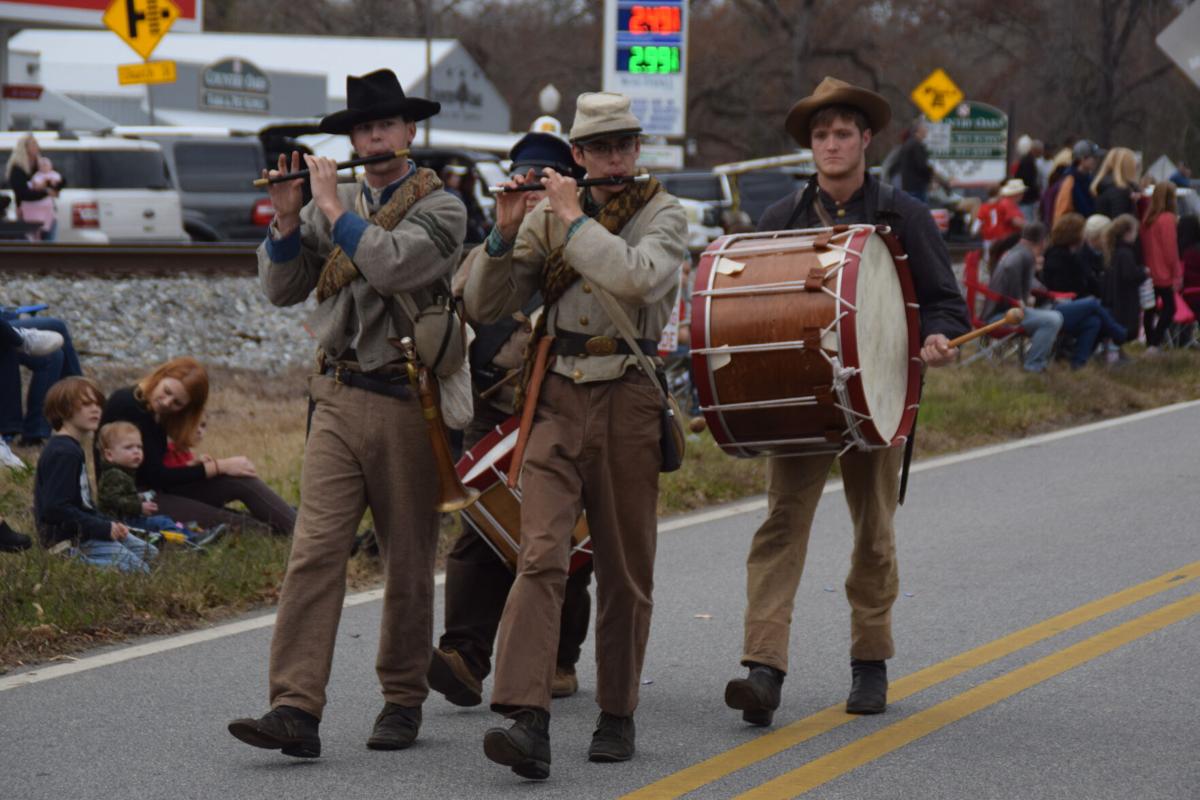 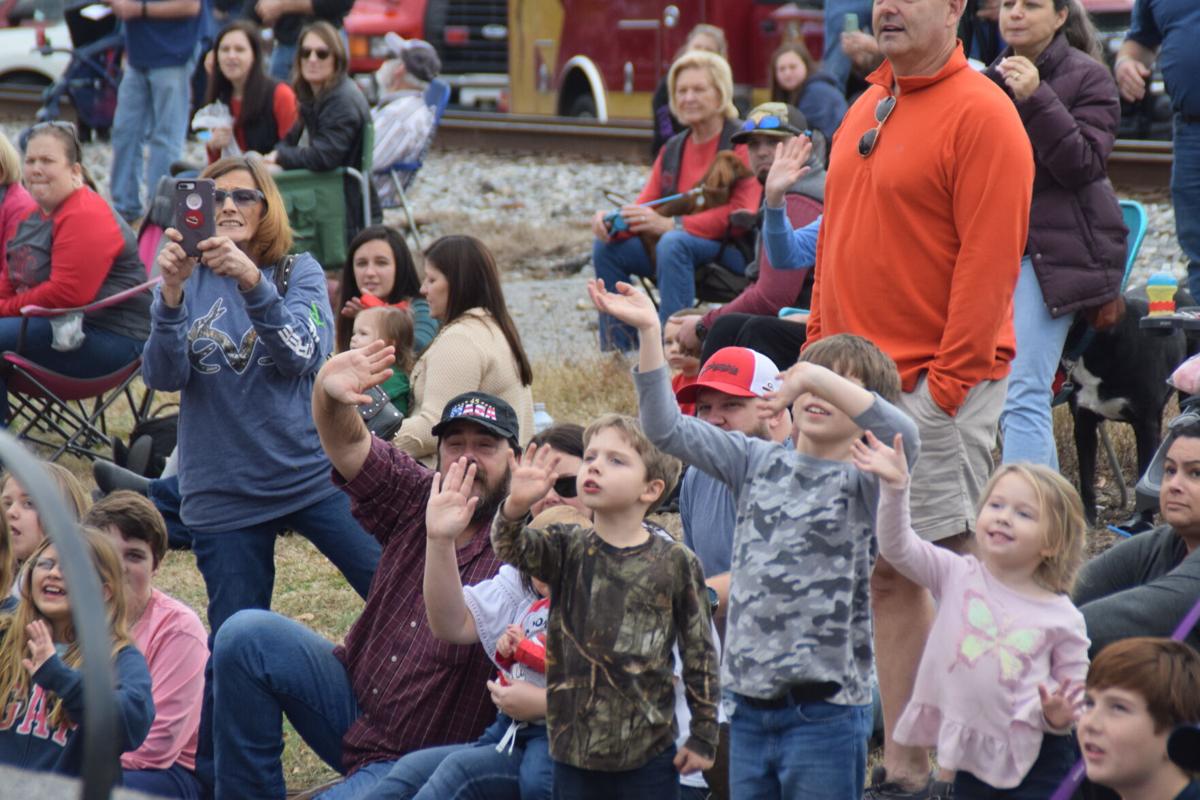 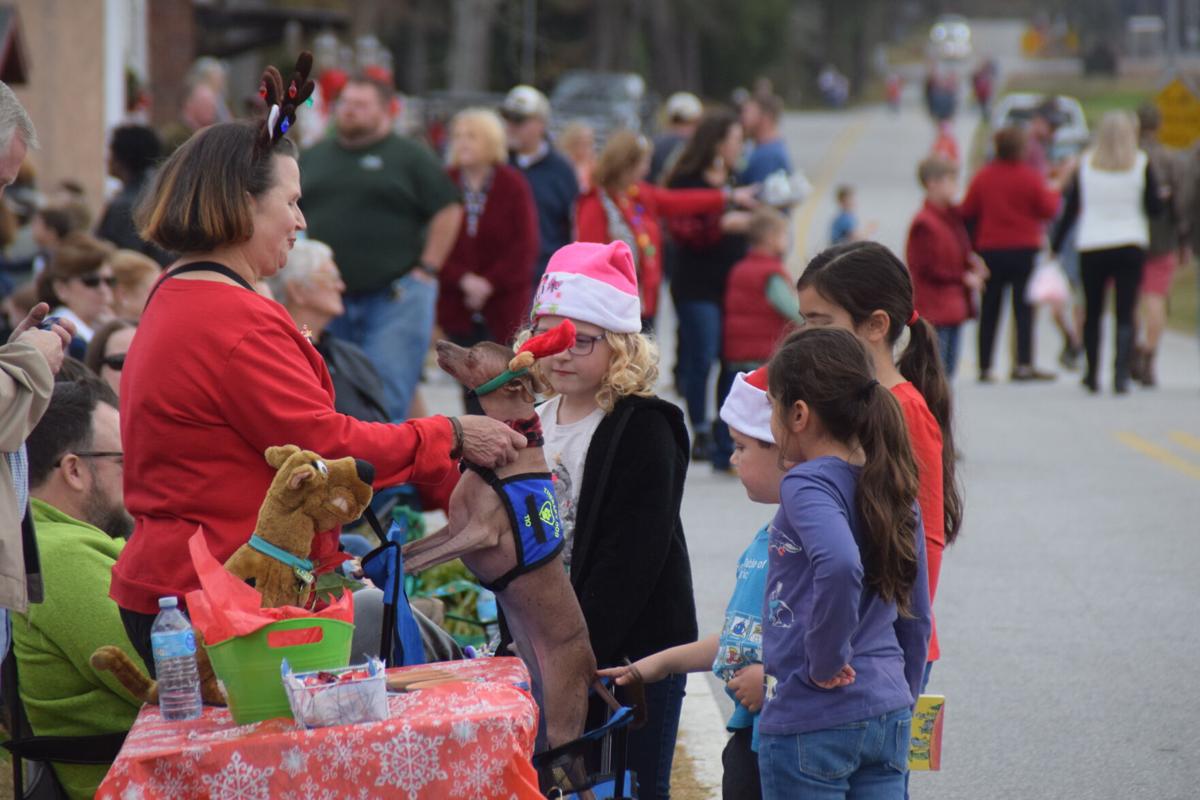 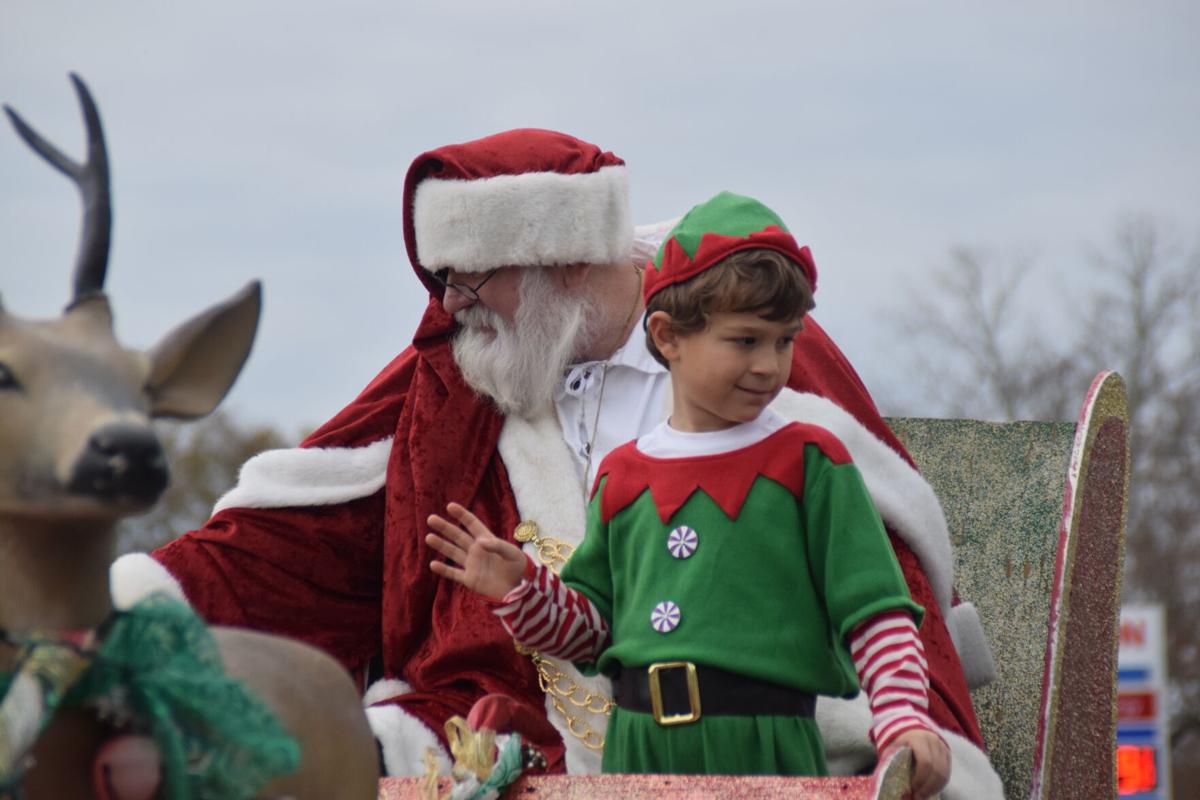 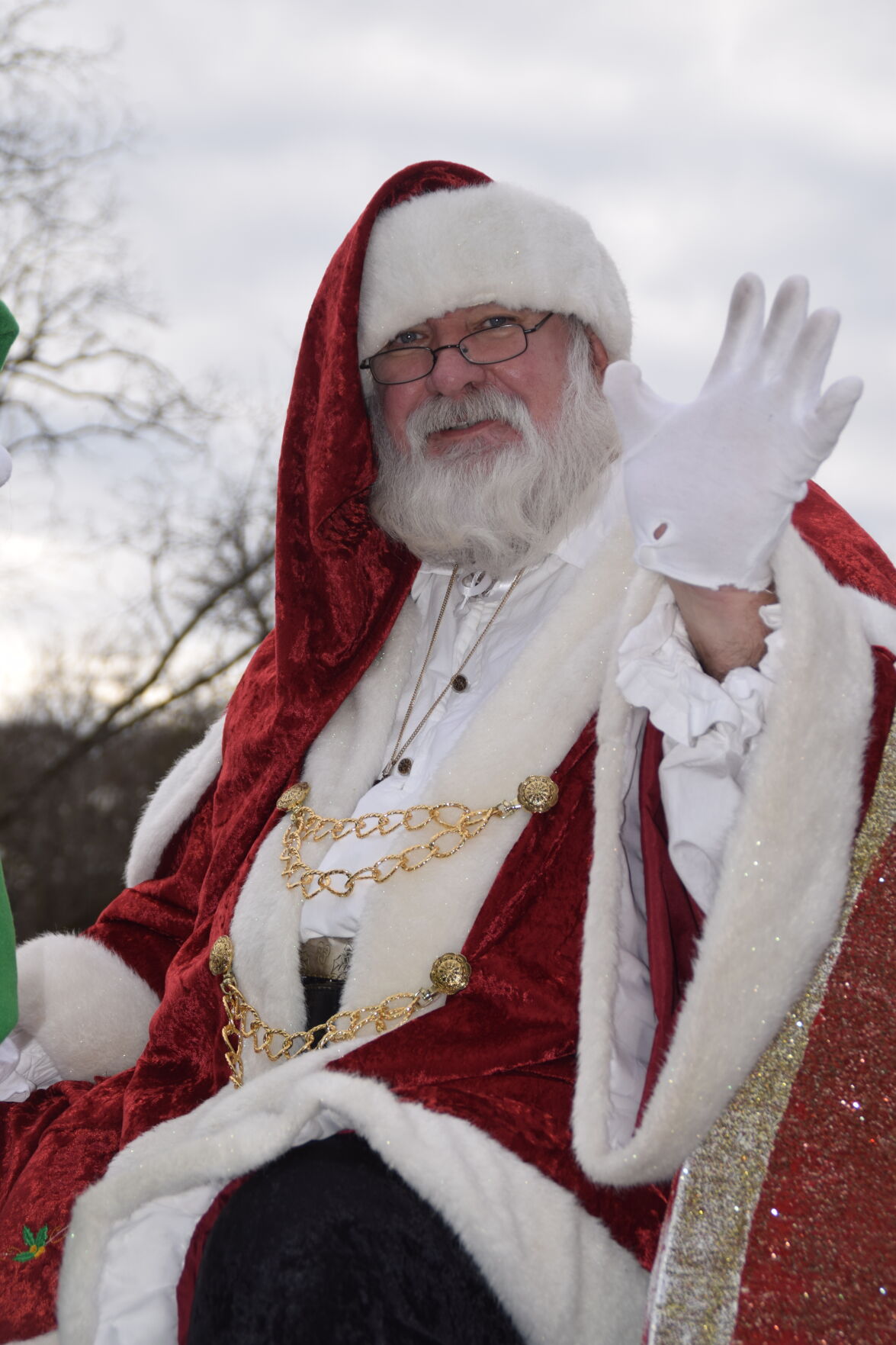 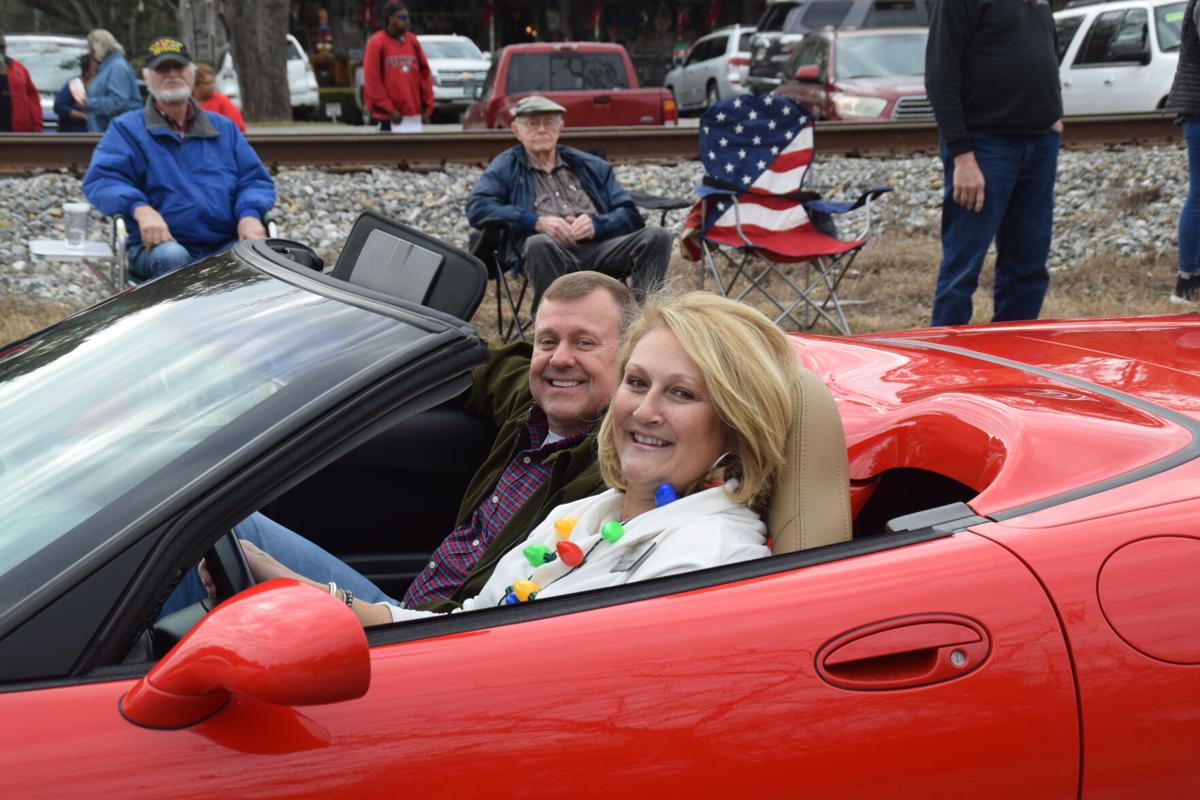 The best way to explain the Bolingbroke Christmas Parade (BCP) is Norman Rockwell meets (or paints) the Hallmark Channel. The only thing missing will be the snow. But you never know. (I’m told that Southern Charm might have some faux snow for the event.) The BCP is a quintessential all-American event. It is always the first Saturday in December at 3 p.m.

The BCP was started back in the mid-80’s by the Bolingbroke Community Club as something the kids would enjoy. According to Judy Kornegay, the first year, they stopped traffic and went right down the middle of Hwy-41 (Obviously less traffic back then.) They allowed anyone and everyone to enter. Judy said, “If it walked or rolled, we let ‘em in the parade. We had mamas pulling wagons, children on tricycles, kids riding on the tailgate of their daddy’s pick-up trucks. It was just a home town, small town parade.” The next year, they moved the parade over to Rivoli Drive, where it’s been ever since.

In its current form, he BCP is the work of Vicki Smith. I call her the unofficial mayor of Bolingbroke. She has been the parade’s driving force for over 20 years. Originally from Perry (go Panthers), Vicki moved to Bolingbroke when she married Bobby Lee Smith, who’s from this area. According to Vicki, before she got involved, the Christmas parade was just a small event with a few floats, people walking their dogs, lawnmowers and tractors pulling wagons up and down Rivoli Drive. Once Vicki became the chairwoman, things started happening. She called parents, called Mary Persons High School, and the sheriff’s department. All were eager to assist and they have. Now, there are anywhere from 40 to 45 entries in the parade. Vicki has managed to grow the parade to what’s now the biggest annual parade in Bolingbroke. Ok, a little humor; it’s the only parade in town. All credit goes to Vicki.

The BCP benefits by being two days after the Forsyth Christmas Parade in that some of the same entrants participate in both parades. By the time they get to Bolingbroke’s parade, they’ve worked out any kinks and malfunctions. That means, Bolingbroke gets them at their best. Of all the parade entries, one of the most popular is the MPHS Marching Band. We love our kids and appreciate the effort they put in to creating the music they do. Other entries include firetrucks from the Bolingbroke Volunteer FD, a group of bagpipers (hopefully they’re participating again), the sheriff’s department always has two vehicles (one to lead and one to bring up the rear), and politicians riding in the back of convertibles. The other most popular entry is Santa. He’s always a crowd favorite, especially to those who have been good little boys and girls.

Each year the BCP has a grand marshal (GM). Past GM’s have included local dignitaries such as county commissioners (Mike Bilderback and John Ambrose), Sheriff Freeman, and JD Chapman (the volunteer fire chief). This year’s GM is Andy Oxford, pastor at Mt. Zion Baptist Church. He’ll ride in a convertible owned by Jim and Laura Kurish. I talked to Pastor Andy about his duties and responsibilities. As far as he knows, as the GM, he’s responsible to be a goodwill ambassador for the day. His duties begin and end at the parade, meaning he won’t be doing ribbon cuttings, grand openings, etc. If you want to see Andy perform his GM duties – you have only one opportunity.

The parade entries line up along Rivoli Drive from Pea Ridge Road to just beyond the I-475 bridge. Vicki is always there organizing and telling people where to go. The best place to watch is anywhere along Rivoli beginning about Donny’s Propane. Me, I like being towards the end so any candy still left is tossed out by the handfuls. (I get the candy for my wife.)

Bolingbroke is fortunate, not only is Santa riding in the parade; he will arrive early and make an appearance at Southern Charm. Then after the parade, Santa will be at the old community center (next to the fire station) for one last visit, and to receive your wish lists.

Thanks must go to members of the Bolingbroke Community Club who put on the parade. They gladly welcome any new members. If you’re interested, contact Vicki Smith at her Bolingbroke office (Properties Plus Realty) on Hwy-41.

Remember the parade starts at 3:00pm. You’ll have plenty of time to watch the parade before the start of the SEC Championship game. However, arrive early, not only to get a good spot for parade viewing, but to shop at retail stores such as – Blanche Farms Meats, Country Oaks, Henry’s of Bolingbroke, Hayslip’s Antiques, Moxley’s Handcrafted, and Southern Charm.

Everyone in Bolingbroke wishes you a Merry Christmas and Happy New Year!! Go Dawgs!