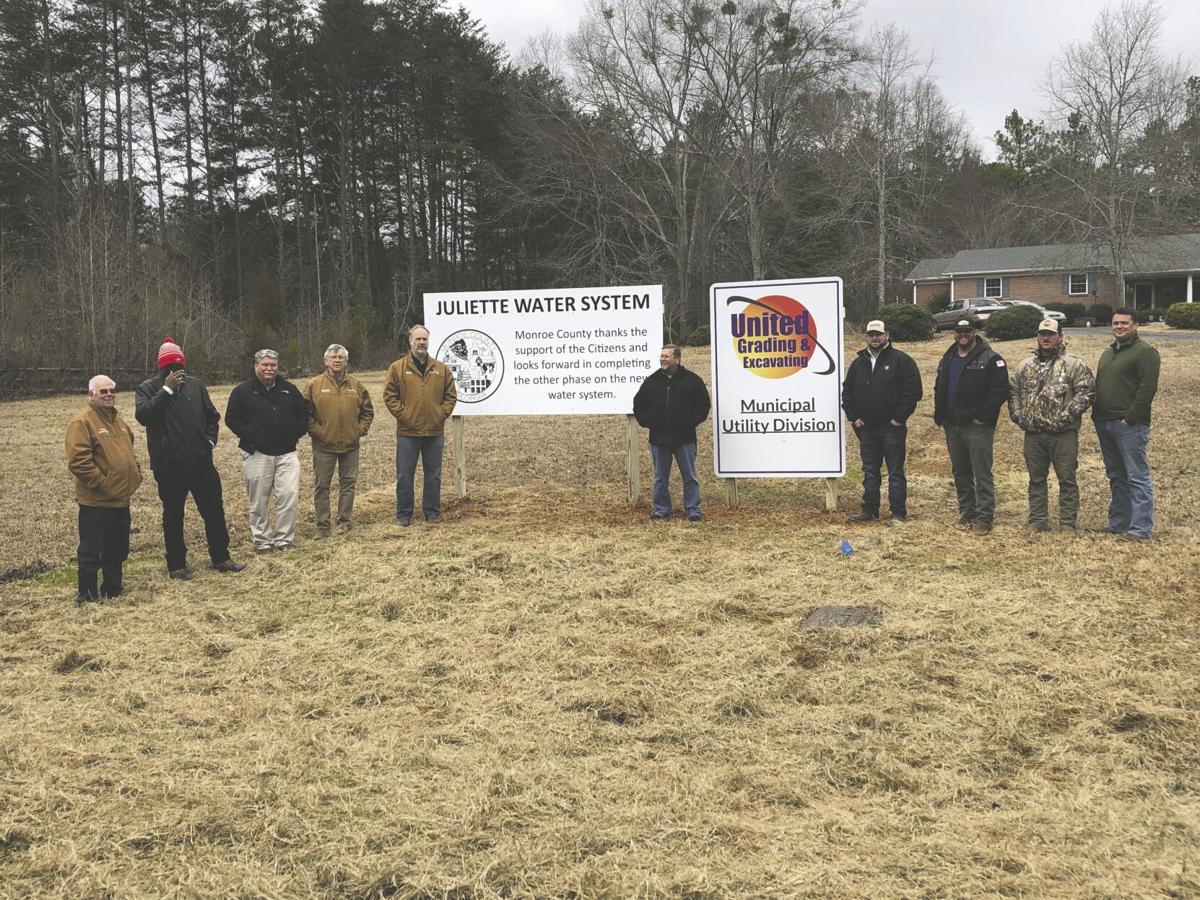 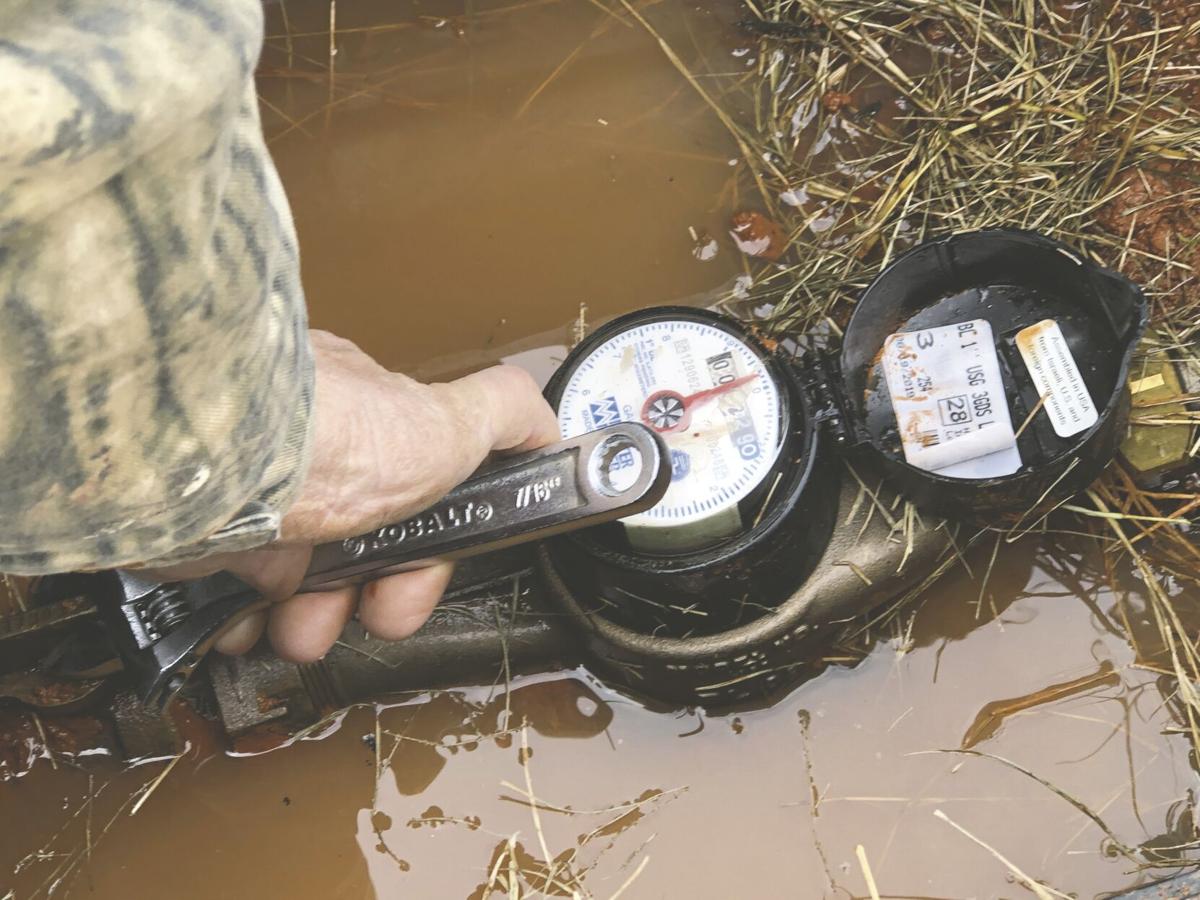 Monroe County officials held a ceremony on Tuesday to celebrate the completion of phase one of the Juliette Water System at 768 Lee King Road on Tuesday, Feb. 16. Monroe County commission chairman Greg Tapley thanked commissioners and county manager Jim Hedges for getting together and working on a plan after listening to the people and finding out what they needed. Juliette residents began                         a campaign one year after environmental groups told them their well water was testing for dangerous levels of contaminants. Environmentalists blamed the levels on coal ash from nearby Plant Scherer. Georgia Power however says its groundwater tests show no unlawful contamination.

Rather than study the issue further, commissioners went ahead and borrowed (bonded) $20 million to run water lines to homes in the area.

On Tuesday, Tapley also thanked the contractor, United Grading and Excavation, for their fine quality work, done quickly and efficiently. Tapley said two of the first three parts of the project are done.

He thanked Grizzard for allowing the group to walk around in his yard and for being the first one to show that he has county water. He also said the commission wanted to thank all the residents of Monroe County because ultimately, they’re the ones who fund this project.

District 3 commissioner John Ambrose said this project was one he wanted to start 5 or 6 years ago, and he didn’t want to see it come the way it did, but since it’s here he is tickled to death that District 3 and District 1 have pretty good coverage. Ambrose said, “This is a project that should’ve taken about 5 or 6 years to complete and through the diligence of our county manager and our finance department hopefully it will be completed in less than two years.”

A worker then opened the valve on the meter near the road and fresh water immediately rushed to the home of Monroe County’s first recipient of county water in the $20 million project.