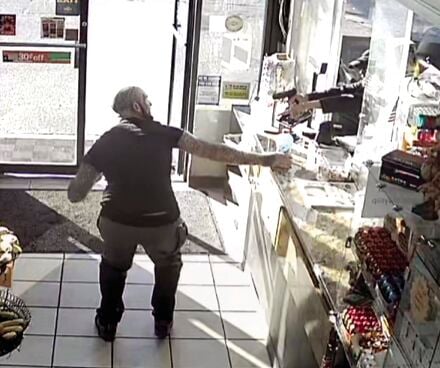 A security camera shows Steve Reece holding wanted felon Justin Donley at gunpoint at the Rumble Road BP Nov. 6, 2019. The video was shown at a warrant hearing but will not be released until Donley is tried, set for next month. 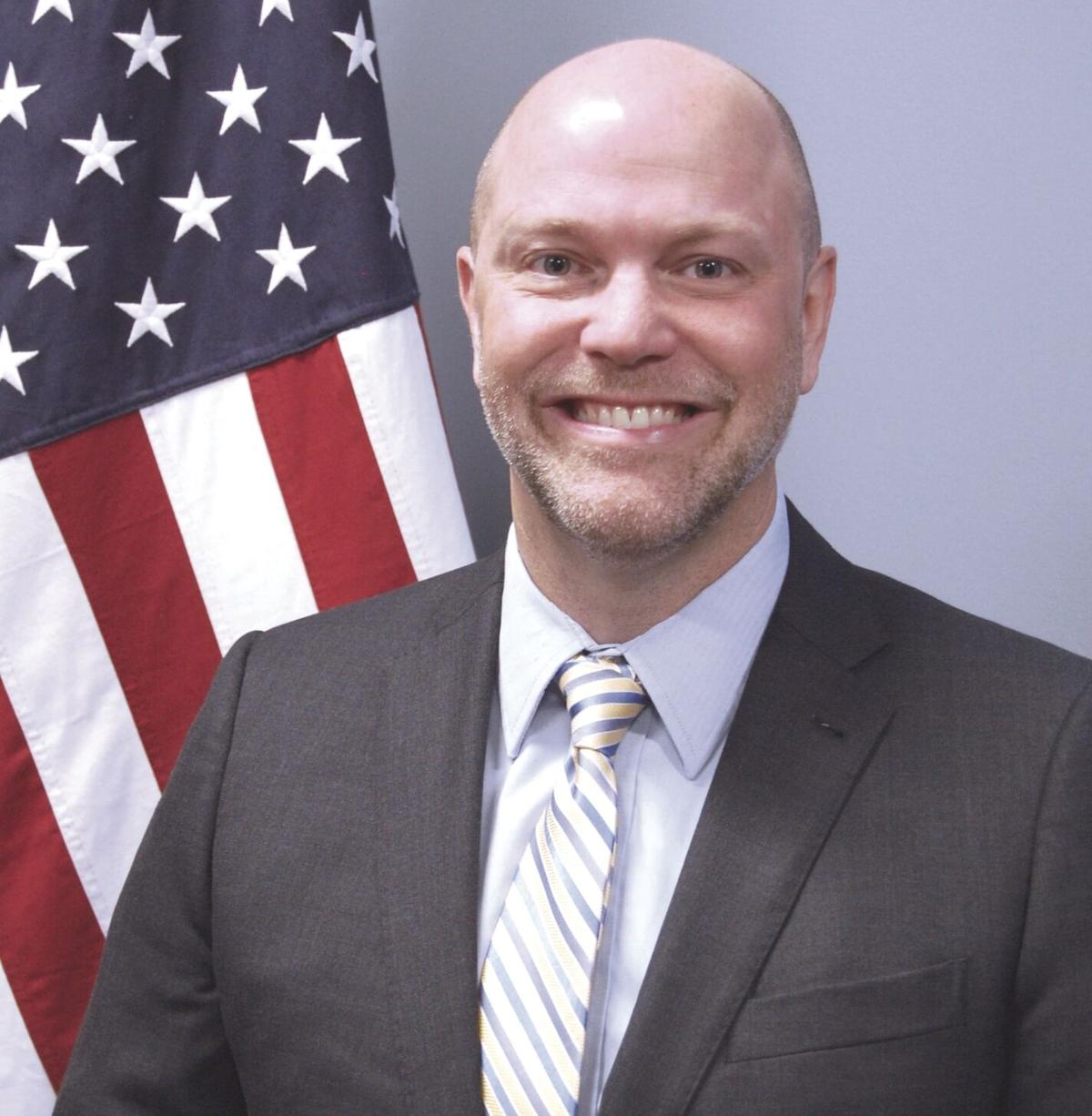 A security camera shows Steve Reece holding wanted felon Justin Donley at gunpoint at the Rumble Road BP Nov. 6, 2019. The video was shown at a warrant hearing but will not be released until Donley is tried, set for next month.

District attorney Jonathan Adams announced on Monday he is dropping all charges against store clerk Steve Reece, 10 days after magistrate judge Hugh Sosebee charged Reece with aggravated assault for firing warning shots in 2019 at a fugitive considered armed and dangerous.

“Too often our neighbors and schools in Monroe County are going into lock-down while law enforcement search for an armed and dangerous felon,” Adams wrote in announcing his decision. “The members of this community are tired of the senseless violence, gangs and drug trafficking we see around us. As a result, it is important to note in certain very limited circumstances, it is the right of a private person, acting upon a reasonable and probable ground of suspicion, to apprehend a felon under the doctrine of citizen’s arrest.”

The encounter happened on the morning of Nov. 6, 2019 when Justin Donley, now 28, entered the Rumble Road BP after being at-large all night despite a manhunt.

Adams noted that Donley, who filed for the warrant for Reece’s arrest, is alleged to have committed aggravated assault against law enforcement by shooting at pursuing deputies hours before his encounter with Reece. Adams noted that Donley is also charged with fleeing or attempting to elude law enforcement, trafficking methamphetamine, trafficking cocaine, and violation of the street gang terrorism and prevention act.

Adams said Reece had a right to try to detain Donley under the 2019 version of Georgia citizens arrest law (O.C.G.A. §17-4-60). Adams said before the citizens arrest law was changed in 2020 in the aftermath of the Ahmaud Arbery case, a private citizen had as much power to arrest a fugitive felon, where the emergency called for immediate action, as a public officer. Adams cited Croom v. State, 85 Ga. 718 as giving Reece the same protection as law enforcement. Adams said the case Prayor v. State, 214 Ga. App. 132  allowed Reece to use deadly force in effecting an arrest limited to a situation in which it is necessary to prevent a forcible felony.

“In this case,” said Adams, “a reasonable person could conclude the applicant would continue to commit forcible felonies such as aggravated assault during his attempt to evade law enforcement. It is, therefore, my decision to dismiss all charges against Mr. Stephen Reece.”

Donley faces up to 70 years in prison at trial, currently set for December, for allegedly firing three rounds at Monroe County deputy Christian Sawley during a chase on I-75 south. Here’s what the sheriff’s report said happened on Nov. 5, 2019: Donley was the passenger in a 2013 Lincoln sedan fleeing Sawley. Donley’s bullets hit Sawley’s patrol car but the chase continued around 8:15 p.m.  The driver, Eugene Wilson, 25, of Covington, exited into the I-75 rest area, wrecked in some trees, and the two fled on foot. Deputies found cocaine, meth and scales inside the vehicle. The sheriff’s office alerted the community that two violent, armed men were at large, and area residents lit up yards and remained on high alert. Deputies captured an armed Wilson just after midnight at the corner of Hwy. 41 and Pea Ridge Road.

After an all-night search, at about 8:20 a.m. on Nov. 6, Donley entered the Rumble Road BP station off I-75 and walked up to the counter to buy a Powerade. The sheriff’s office had just called the store and warned the clerk, Reece, that the wanted suspect may be in the area. Reece recognized Donley’s heavily tattooed face from Facebook and confronted the suspect at gunpoint after Donley asked Reece to call him a taxi. After Reece ordered Donley to the floor, Donley squatted down before running out the door. As Donley exited the store, Reece fired several warning shots with his 9 mm pistol into the air and in a fleeing Donley’s direction before notifying nearby deputies that Donley had re-entered the woods to the east of the store.

After leaving the store, Donley tried to wave down a driver on Jenkins Road, but she recognized him as well and a driver behind her did too, and fired his own shot at Donley. Monroe County deputies arrived soon after and arrested Donley. Donley has been arrested 28 times and was convicted in 2013 and 2014 on forgery, possession of tools for a crime and drug charges. He also has multiple probation violation charges.

Reece now works for this newspaper.

Reece’s attorney Dustin Buttigieg said the system worked;  “I believe the sheriff’s office made the right call in 2019 when they decided not to pursue charges against Reece. Two years later, when Donley filed his application for warrants against Reece, Judge Sosebee took the case head-on and simply applied the law in a case where the outcome was unpopular, but probably correct. Many didn’t understand it only takes probable cause for a warrant to be issued. And it doesn’t take very much to show probable cause. Additionally, most of Reece’s justification defenses weren’t applicable at the warrant phase. Finally, I think the District Attorney’s Office exercised sound judgment after reviewing the case and ultimately dismissing all charges against Mr. Reece this week. So across the board, at all different stages, the process worked. And I’m glad because my father really likes Reece’s articles. It was a pleasure helping Reece out.”