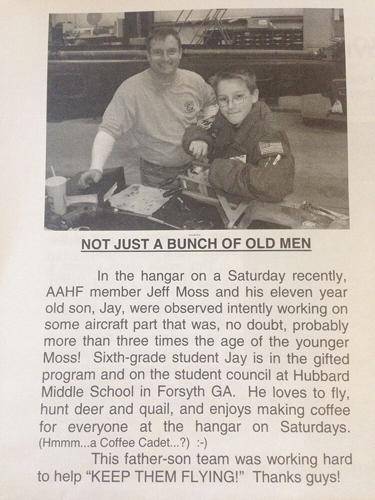 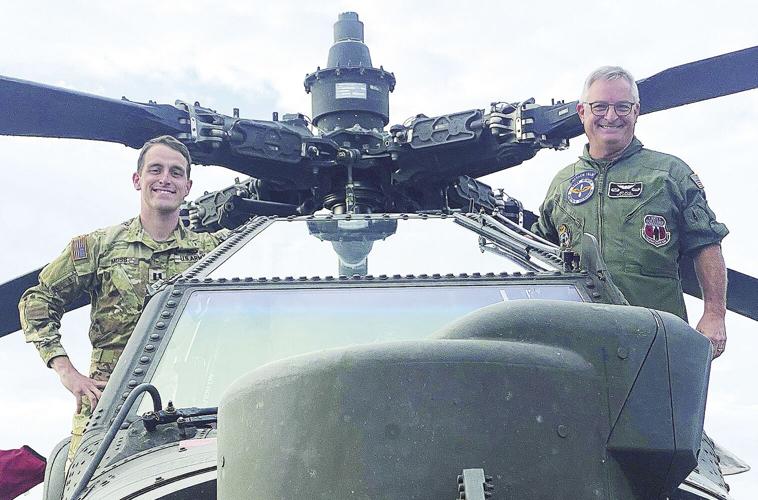 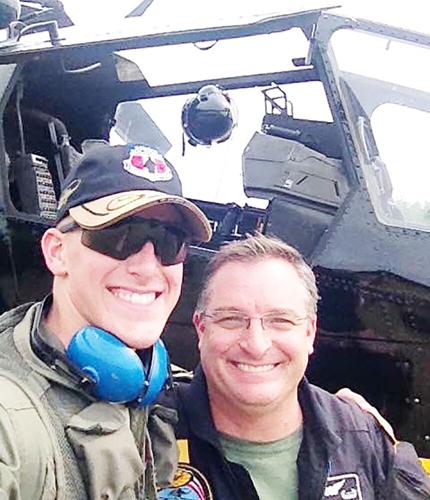 Former Monroe County residents Jeff Moss and his son, Jeff Moss Jr. (Jay) will be flying over the Georgia Tech-University of Georgia football game on Saturday, Nov. 26 in Athens. Both are University of Georgia Army ROTC graduates. They will make history as a father/son attack helicopter pilot duo at the game.

Jay Moss considers Forsyth his hometown. He is a 2012 graduate of Stratford Academy in Macon and a 2016 graduate of the Terry College of Business at the University of Georgia. He is the Commander of Condor Troop, 2/17 Cavalry, Air Assault at Fort Campbell, Kentucky.

Jeff Moss is a native of Plains, a 1983 graduate of Southland Academy in Americus, and a 1987 graduate of the University of Georgia.  Former Army Captain Jeff Moss went on to become an Army Aviator and fly the AH-1 Cobra in Desert Storm, earning the Bronze Star.

Jeff had no idea that his son, Jeff, Jr., (Jay) would want to follow in his footsteps, but that’s exactly what happened. Both served as Cadet Battalion Commanders, and both have served the U.S. as Attack Helicopter pilots, Jeff in America’s first dedicated attack helicopter, the AH-1 Cobra, and Jay in the AH-64 Apache. While serving with the 1/17 CAV at Fort Bragg, Jeff was deployed to Kuwait for Operation Spartan Shield earning the Meritorious Service Medal.

The Moss duo flew the Dayton Airshow in July of this year marking the first time in history a father/son team flew two generations of attack helicopters in an airshow.  Jeff, a former President of the Army Aviation Heritage Foundation and Flying Museum based in Hampton, has been flying Cobras with AAHF for over 20 years in air shows as well as providing rides as part of the Foundation’s FAA approved Living History Flight Experience (LHFE) program.

When asked about the pending event, he said, “I credit Jay’s desire to become an Army Aviator and fly Attack Helicopters to my Veteran brothers and sisters at AAHF.  He started going to the hangar and events with me at an early age and was able to interact with Veterans from the Korean War forward.  He is the youngest person to ever fly in a Cobra helicopter.  His love of country and desire to serve is very apparent in his actions. It is truly an honor for me to have watched my son achieve his goals and aspirations.  Flying together in Dayton was absolutely thrilling as it was the first time, I witnessed Jay flying the Apache and I was in the air with him – being able to fly together over our beloved UGA is beyond our wildest dreams.  I can’t wait to stand on the field with him along with our family as we support Army ROTC, the University and all Armed Service Members after the National Anthem Flyover!”