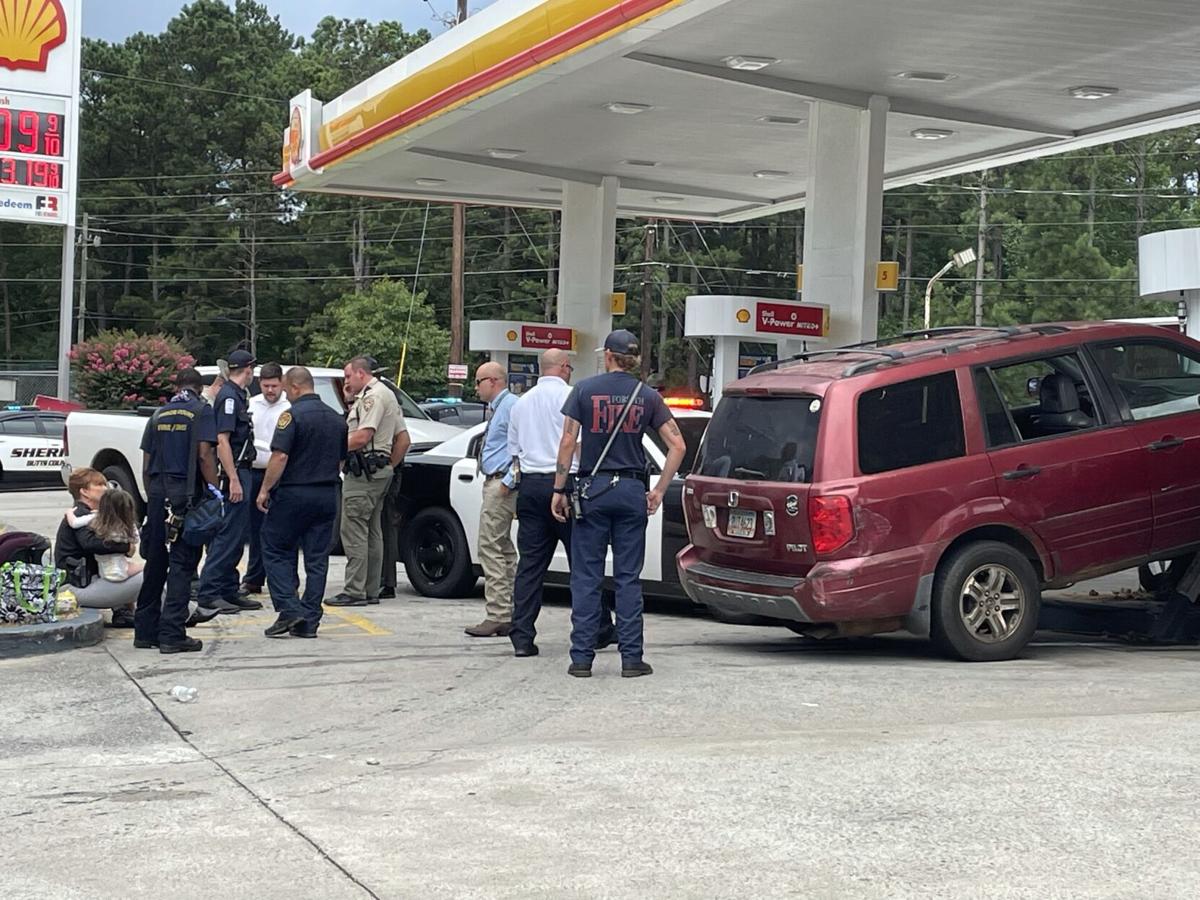 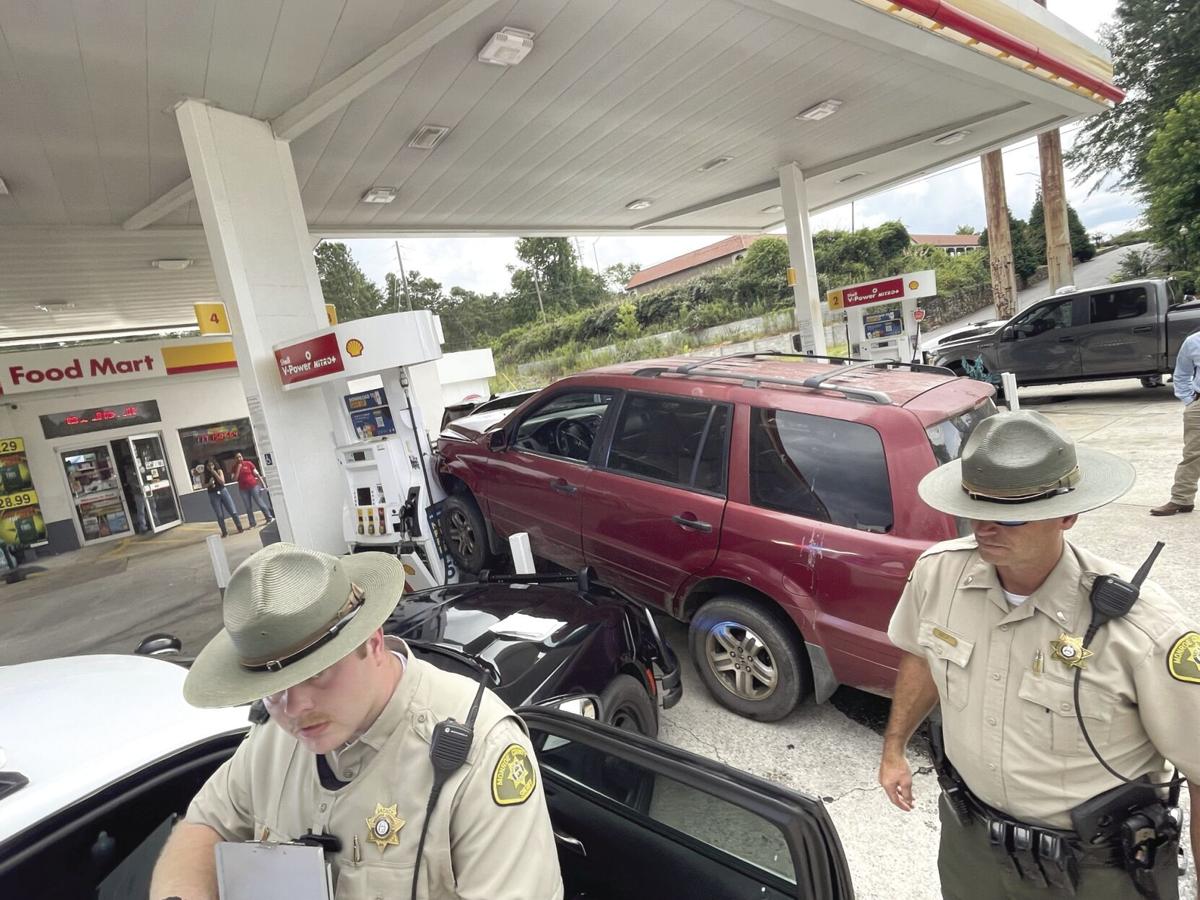 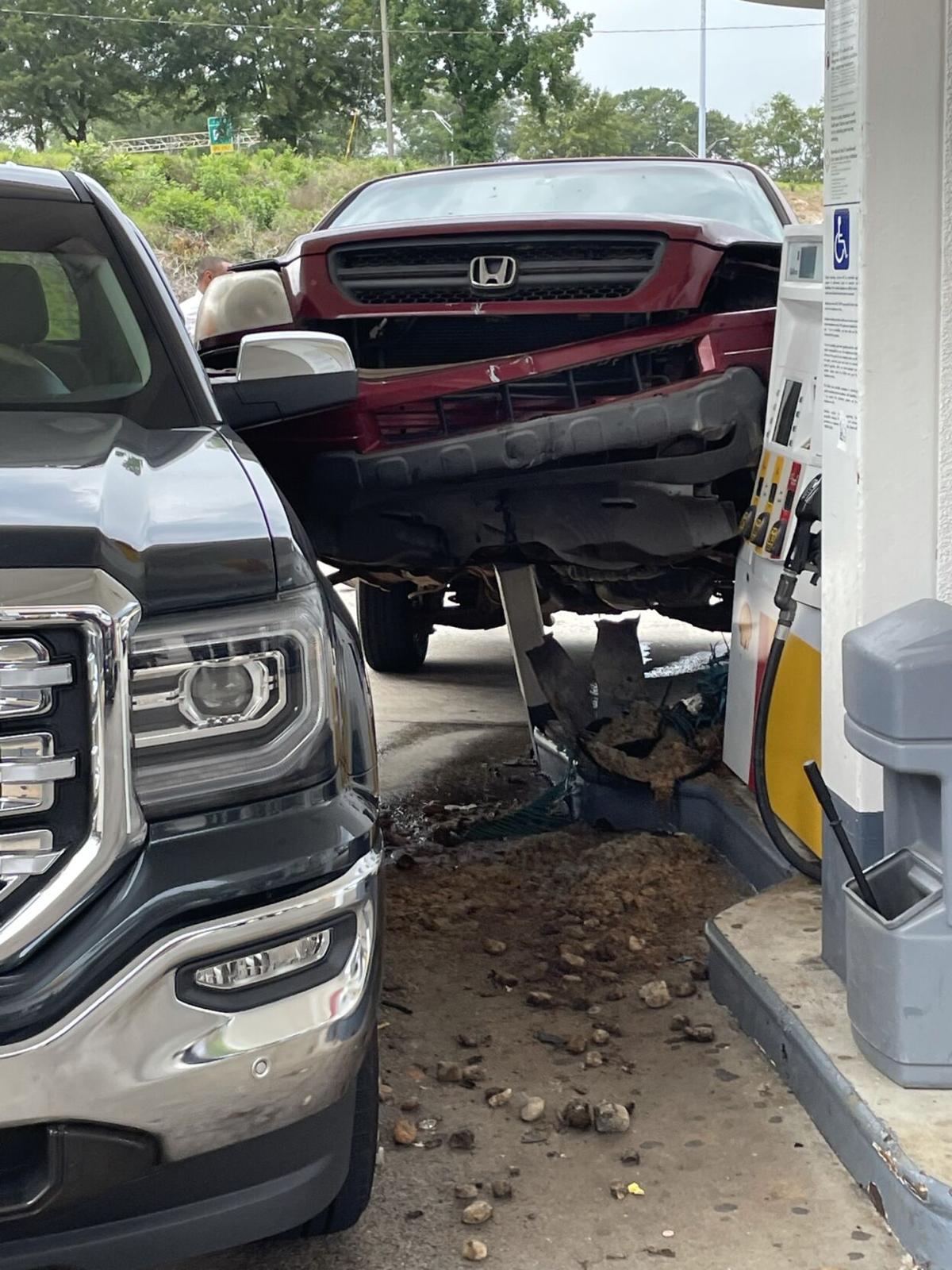 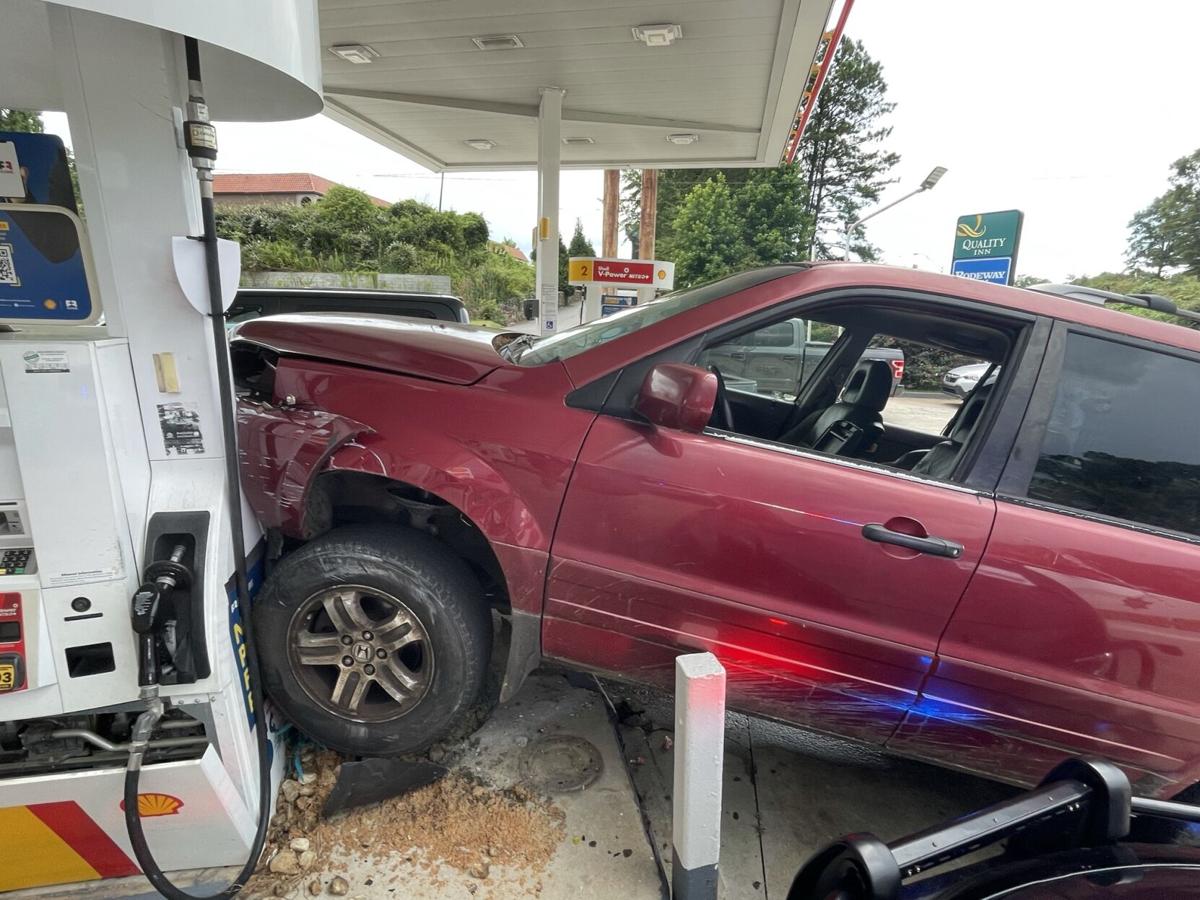 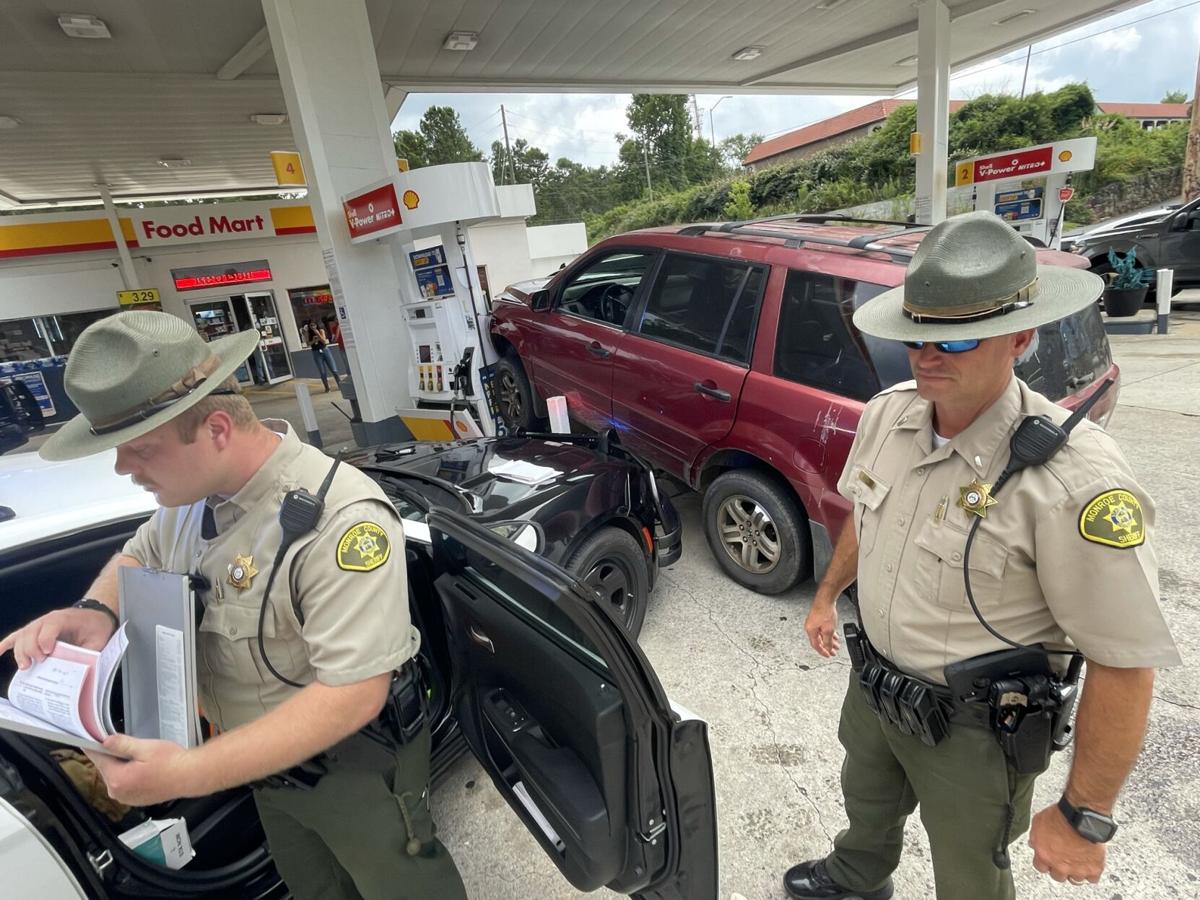 A Jackson woman was hospitalized and then jailed on Thursday after crashing into two vehicles and then the gas pumps at the Hwy. 42 Shell station with her 3-year-old girl in the car while fleeing deputies.

Butts County deputies alerted Monroe County deputies around 2:38 p.m. on Thursday, July 15 that they were ending pursuit of a Honda Pilot on Hwy. 42 south because the woman had a small child in the back seat. Monroe County deputies picked up the pursuit around the Shell station on Hwy. 42 across from the rec department and boxed the driver, Kimberly Dye, 33, of Jackson, into the parking lot. Dye tried to reverse out, but struck an undercover Monroe County investigator’s truck. She then went forward and crashed into the gas pumps and another truck. No gas leaked from the impact but there was damage. The child was quickly secured. Dye was arrested on scene. She was taken to Monroe County Hospital for minor injuries. She is charged with multiple traffic violations including felony fleeing, driving on a suspended license, DUI refusal, obstruction, four counts of reckless conduct, escape, felony criminal damage to property, cruelty to children. Dye will also face charges from the Butts County.