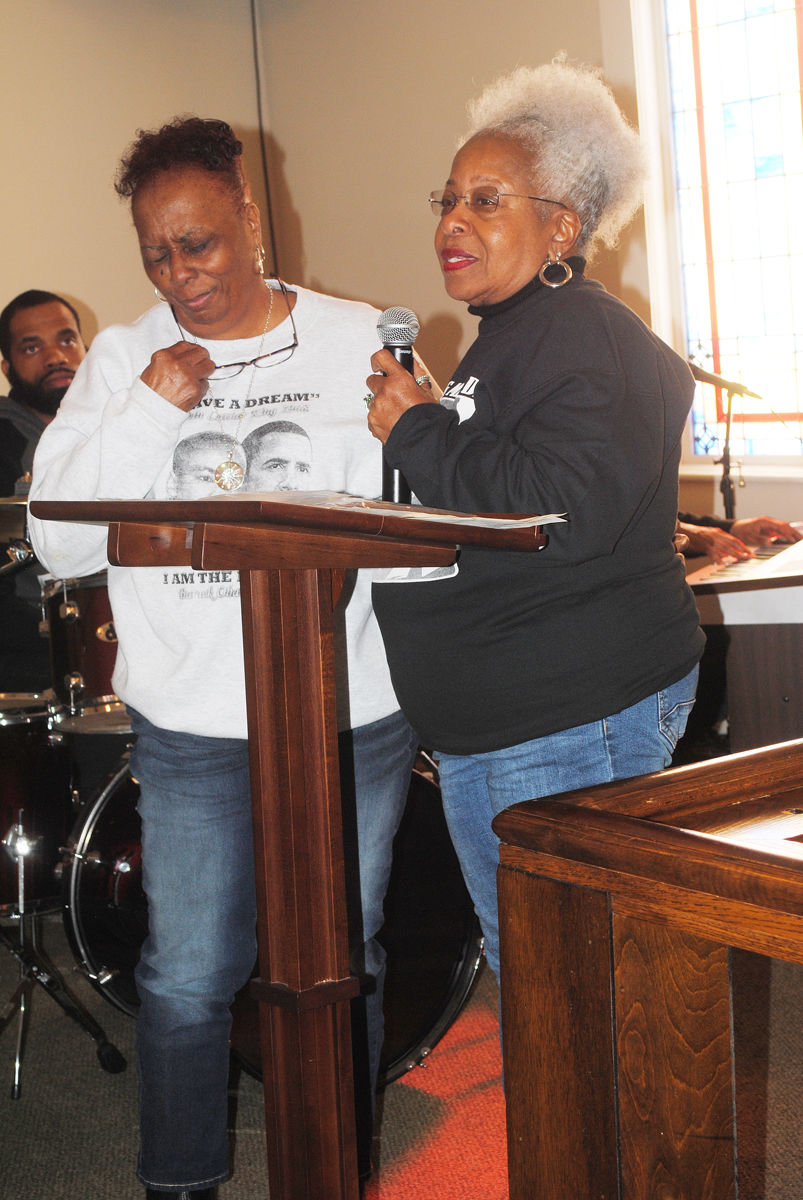 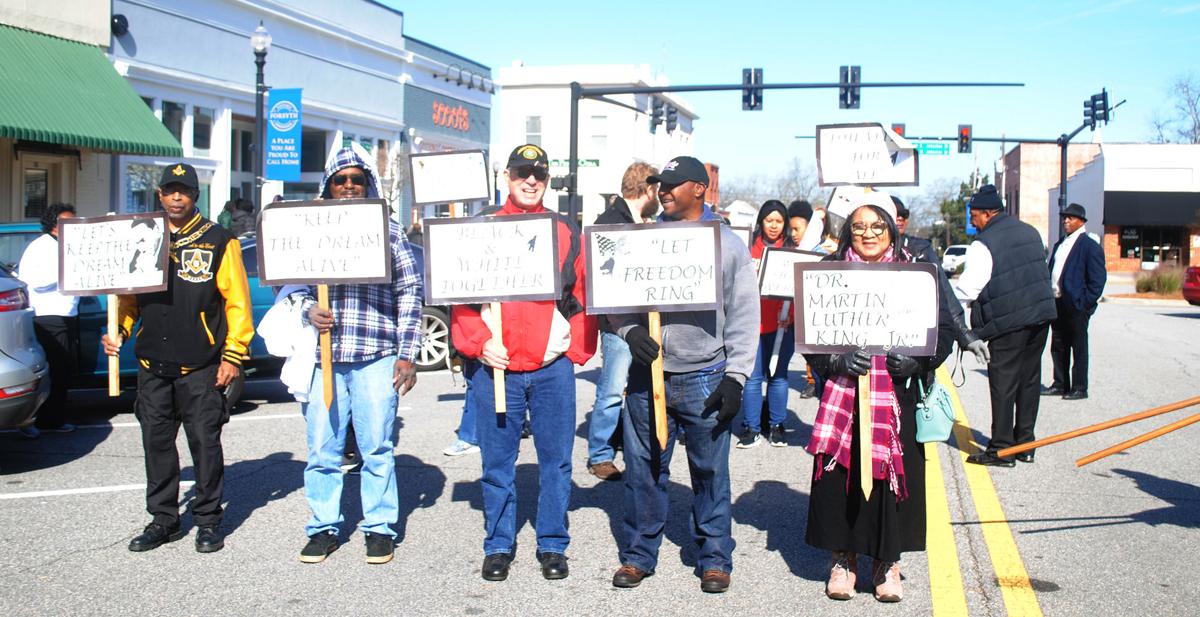 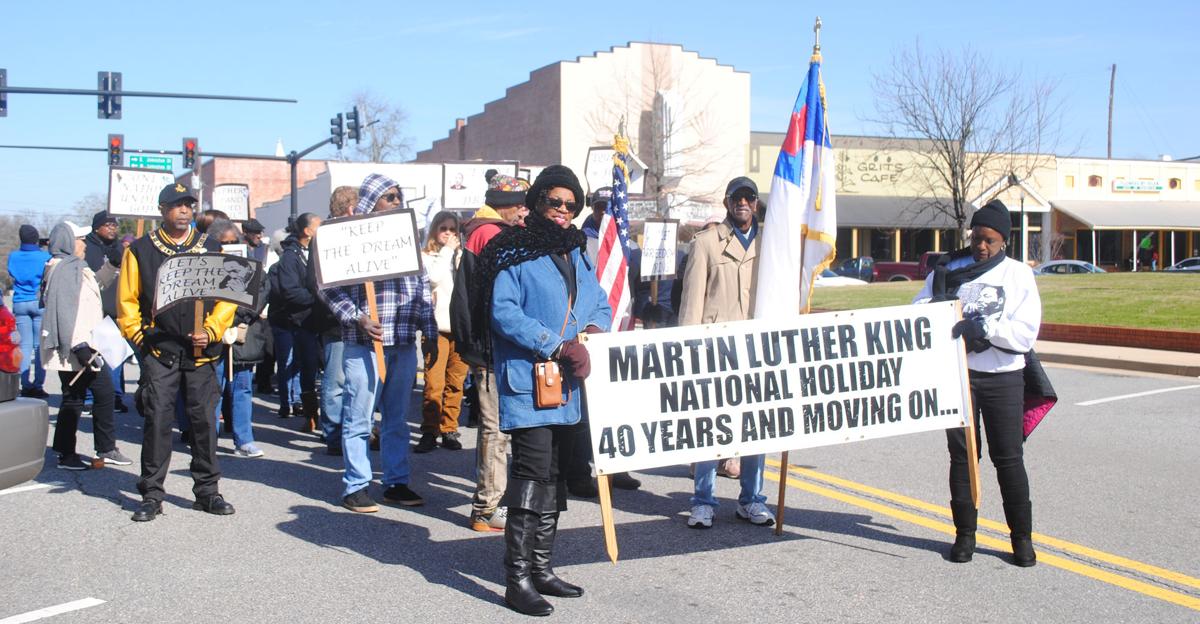 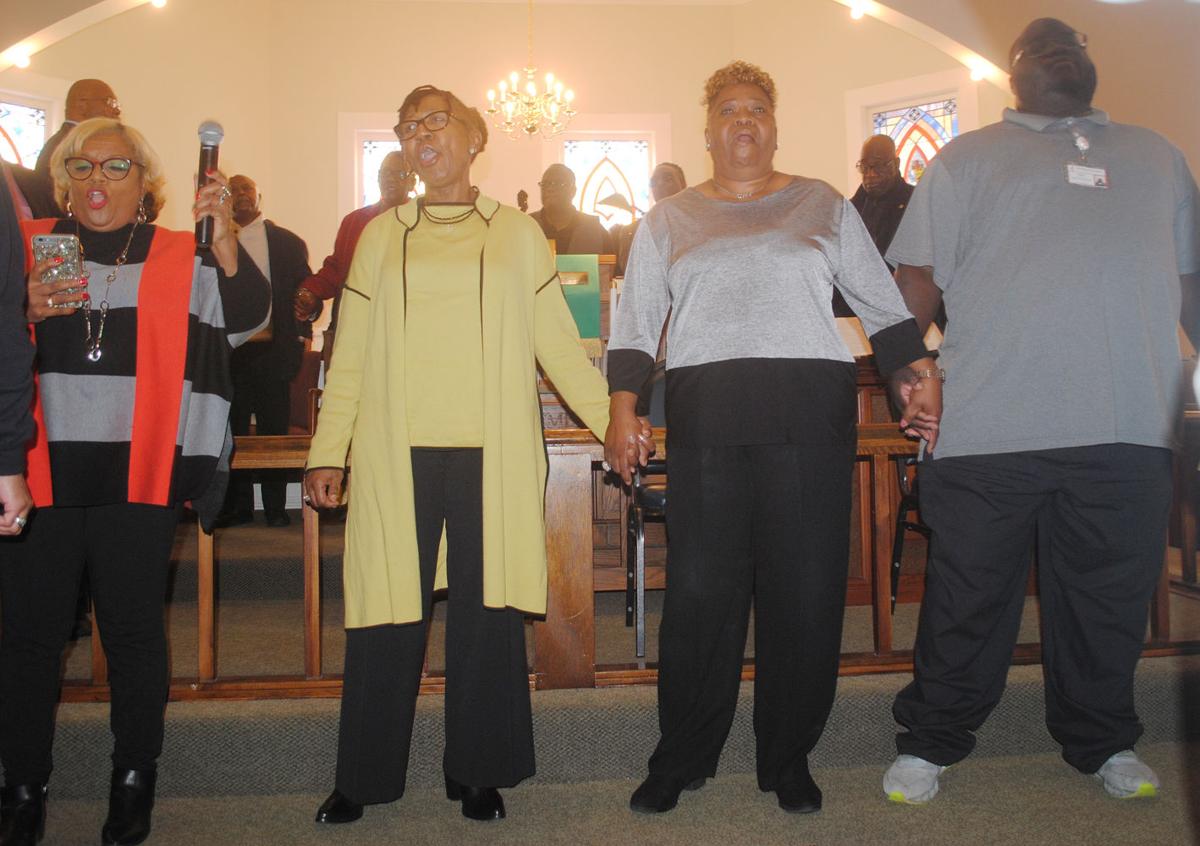 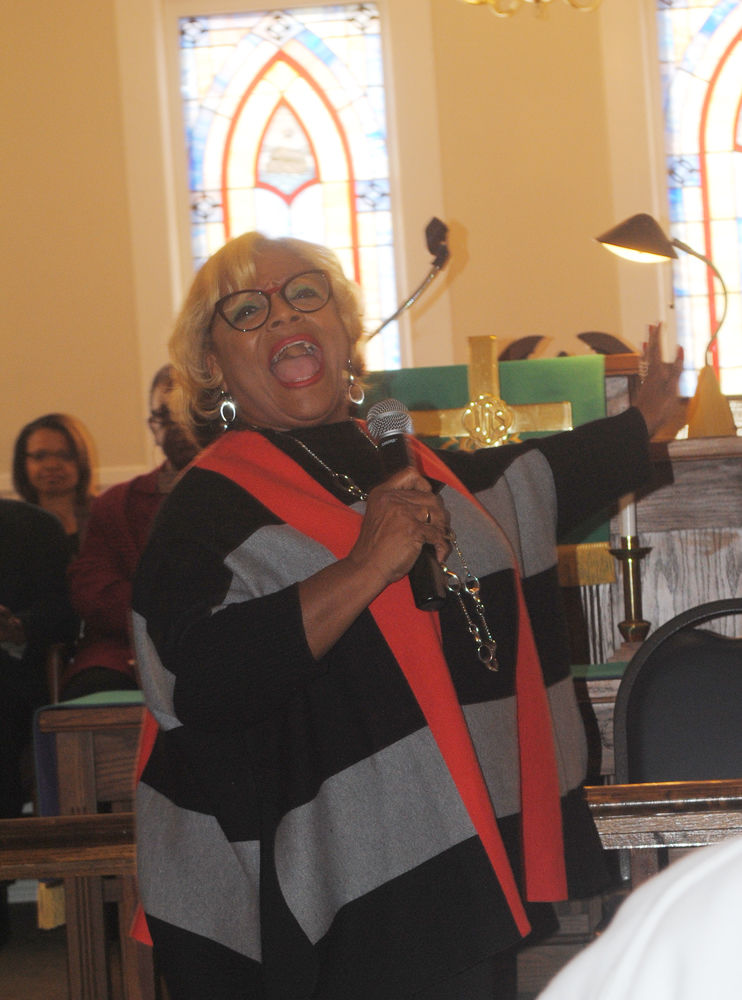 Forsyth’s 40th Annual Celebration of Martin Luther King Jr.’s birthday drew on local musical talent and traditions to deliver an almost two-hour program that was continually upbeat and inspiring. The sanctuary of Kynette United Methodist Church was filled to overflowing for the program, much of which kept those in attendance on their feet, joining in the rhythm and spirit of the musical numbers.

James Green, chair of the Monroe County Martin Luther King Jr. Day committee, said the committee decided to forego a keynote speaker this year and focus on a program of music; the response said the plan was highly successful.

After a community breakfast, the events of the day began with a march from the Forsyth square to Kynette UMC on Martin Luther King Jr. Drive, a distance just short of a mile. Song leaders set a brisk pace with “We are Climbing Jacob’s Ladder,” “We Shall Overcome” and “We are Not Afraid,” among other favorites.

After prayer, welcoming remarks and Old Testament and New Testament scripture readings, Minister Tonya Battle Walker spoke about how music has been the foundation of the Civil Rights Movement from its beginnings. She said the songs, primarily spirituals, of African slaves framed their lives, providing rhythm for work, frameworks for celebrations and tools to remember and communicate while they did not have a written way to do so. Harriet Tubman used songs to create signals for her Underground Railroad that aided slaves in escape. “Map Songs” gave directions to safe havens. “Steal Away to Jesus; I Ain’t Got Long to Stay” signified an impending escape as did “Swing Low, Sweet Chariot, Coming for to Carry Me Home.” “The Drinking Gourd” was another spiritual that communicated in the Underground Railroad.

Battle-Walker said music played a critical role in giving voice to the Civil Rights Movement, from “soothing the sin-sick soul” to stirring “passion in battered souls and bodies” with anthems like “Ain’t Gonna Let Nobody Turn Me Around” and “We Shall Overcome.” She said that Representative John Lewis said without music the civil rights movement would have been like a bird without wings. She noted that the Negro National Anthem, which opened the program, begins “Lift every voice and sing.”

Following Battle-Walker’s background, Rev. Rufus Whatley launched the musical program by filling the sanctuary with his rendition of “Amazing Grace.”

Susan Gibson stepped up as Musical Director for the program. She said she didn’t know that she was the musical director until the day of the program, but she smoothly took the spotlight and used the multiple talents available to her to create a memorable event. She asked, “Lord, what manner of man is this; all nations through Him are blessed,” and “Is there anybody here who loves my Lord?” in song.

“Our music is steeped in rhythm,” said Gibson. “Old people know how to rap, too.”

She then switched to rap, and elicited an enthusiastic response of hands in the air and “Go, people, go.”

Virginia Fears followed with another outstanding vocal performance, and then Gloria Taylor took the microphone to sing, “Has anybody here seen my old friend Martin? Can you tell me where he’s gone?” among other renditions.

“All these years the dream continues because of God’s grace,” said Gibson. “We’ve got to continue God’s grace, but we can’t do it alone. Martin Luther King Jr. was the leader, but we were all behind him, and we’re still behind his spirit.”

During the program two special presentations were made to individuals who have benefited the community with their time and efforts and love. They are Lorine Crawford and Donna Wilson. Aretha Neal Thompson made the presentations.

She said that Crawford is a multi-talented woman who always rolls up her sleeves and gets to work.

“She sacrifices to be with us and gives much love to all,” said Neal-Thompson. “She’s a woman of few words; she does it straight from the heart.”

Donna Russell Wilson was willing to donate her kidney to Mary Persons student A.J. Jefferson. She wasn’t an exact match for A.J. but was able to guarantee that he got a kidney by donating hers to another individual in need of one.

“She went far beyond the call of duty to save someone’s life,” said Neal-Thompson. “How valuable this action was!”

Green thanked his co-chair on the Celebration Committee, Bernice Smith, and said that after 15 years he would be stepping down as chair, with James Hogan having agreed to take over the position. Green thanked the county, city and all businesses and individuals who had contributed to make the celebration possible. He thanked his wife, Jackie, for preparing the program and Rev. Clarence Thrower, pastor of Kynette UMC, for letting the church host the event, including breakfast and dinner.

“Reflect on the things Martin Luther King Jr. let you have the opportunity to do,” said Hogan in closing. “He was a man of service. Now you go out and serve.”