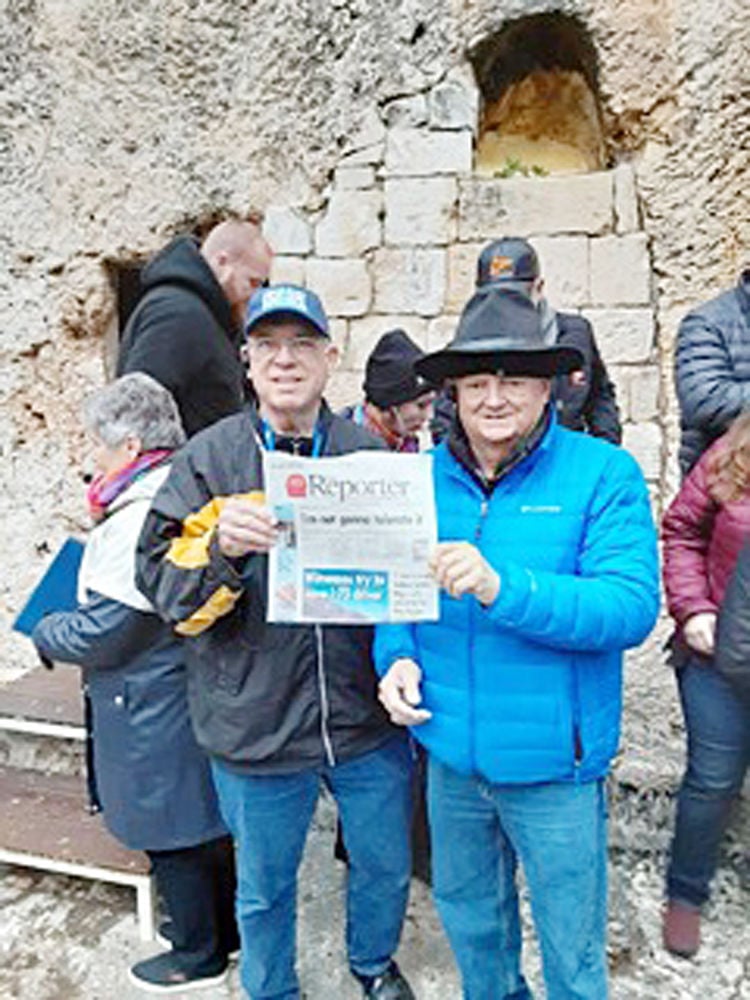 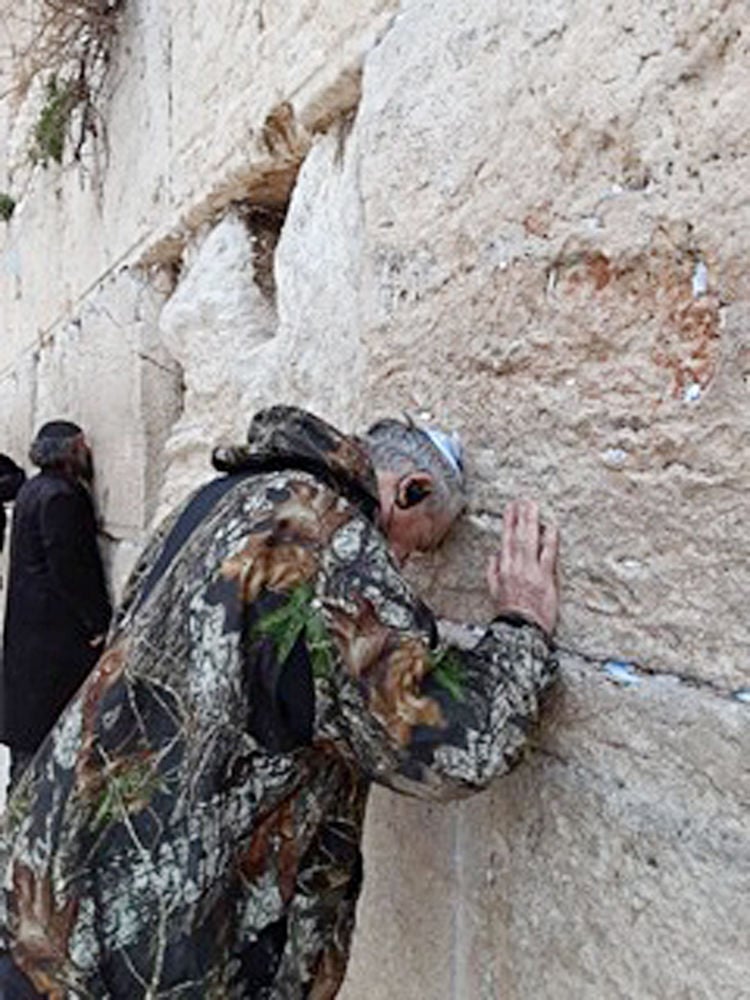 Why would anyone want to go to the Holy Land, Israel? That was a question I asked myself over the years.

Last summer in Colorado Springs at a chaplain's retreat I learned that Bishop Bryant from my church was leading a tour in February 2020. After prayer and my wife's blessing, I signed up for the trip.

Then I began to have second thoughts about my decision. There was a spiritual battle in my mind. I thought about the 10-hour flight and being awake all night. The schedule showed that we would begin touring soon after landing. How could I deal with the "jet lag?"

God sent people across my path to encourage me to go. Rev. Gary Velie and Rev. Billy Abney are in a Tuesday Bible study I attend weekly in Macon. Gary said, "I will go with you." Billy said, "Satan knows that this will be a blessing to you; that's why he is fighting you so hard." His words turned out to be prophetic.

We spent six days touring Israel. Our travels took us to northern Israel to the Lebanon and Syrian borders. We went south to the Dead Sea and Masada. I wish that I could share with you every holy site we visited but space will not permit. The highlights will follow.

Nazareth was special because it was Jesus' boyhood home. The community was small in his day. Scholars believe he attended a rabbinical school one and a half miles from there. He attended the local synagogue. He read from Isiah 61 and said that he was the fulfillment of that prophecy (see Luke 4). They were so upset that they tried to throw him off a cliff. We walked on that cliff.

Jesus left the town and went to Capernaum where he made his ministry headquarters. That's where I had a great spiritual moment. The foundation of Peter's house was there. Jesus healed Peter's mother-in-law there at that very spot. Nearby was the synagogue where Jesus worshiped, taught, and walked!  I had a few moments of meditation there.

Later our tour group visited the Jordan River. About 10 of us were baptized by Bishop Bryant. My dad had been baptized there in 1962. That was a great spiritual experience that I will never forget. I made a commitment to try to be a better Christian!

There's a song that goes like this: "The River Jordan is chilly and cold, chills the body but not the soul."  That was true for me on that 7th day of February 2020.

Other highlights included visits to Massada, Qumran, and the Dead Sea. In 73 A.D. a group of Jewish people made a fortress at Masada which had been one of the palaces of King Herod. Roman soldiers surrounded them and built a ramp to the wall. Nine hundred sixty (960) Jewish men, women, and children died by suicide rather than surrender and be Roman slaves.

We went to Qumran from there. Our tour guide told us the story of how the Qumran Scrolls were discovered in 1947. Two shepherd boys were looking for a sheep. They entered the cave and found the scrolls. Today, copies of them can be found in Jerusalem in The Museum of Israel.

Our next stop was the Dead Sea, which is over 1,300 feet below sea level. Recently a Canadian company offered Israel 17 billion dollars for the mineral rights to it. The wind was blowing and the waves were too high for anybody to swim in it. If they had, they would have floated for sure.

Feb. 9, a Sunday, the Lord's Day, found us on the Mount of Olives. From there we looked west and had a panoramic of the city of old Jerusalem. Our guide led us down the path Jesus took on a donkey on Palm Sunday. We saw the Eastern Gate that he will go through when he returns to earth. Jesus is coming back one day!

We descended into the Garden of Gethsemane where Jesus prayed before he was arrested. We continued to the remains of the House of Caiphas the High Priest. Here Jesus had a mock trial and was condemned to death. We passed by the church that is believed to be the site where Peter denied Christ three times.

On our last day, Feb. 10, we visited several special holy sites. First, we went to the Temple Mount on Mt. Moriah. Abraham took his son Isaac there to offer him as a sacrifice. God provided a ram instead. The gold Dome of the Rock is also there. Moslems believe Mohammed departed on his horse for heaven from this spot. It is a very holy site to them.

Herod's temple is very close by. It was destroyed by the Romans in 70 A.D. The Western Wall is a very holy site for Jewish believers. They go there because it is part of the remains of their temple. I had the privilege of praying there for many people.

The most important holy site was saved for the last. We saw Golgatha, the place of the skull, where Jesus was crucified for you and me! Tourists are not permitted to visit there. Then, we entered a garden where The Garden Tomb was located. Many believe that Jesus was buried there. The most important issue is that he was raised from the dead, not where he was buried. Without Christ's death and resurrection, there is no Christian faith!

If you have an opportunity, go to Israel. The spirit of Jesus is here among us today for sure. However, visiting these holy sites made my faith even stronger. So, go if you are able; it might change your life as it did mine.

Col. (Ret) Rodney Callahan, D. Min. is a retired military chaplain who has also served as a prison chaplain, hospice chaplain and in numerous other capacities. He writes regularly for The Reporter’s Pastor’s Corner and also continues to serve the Monroe County community in various ways, including  at the National Day of Prayer and at Veterans Day and Memorial Day services.