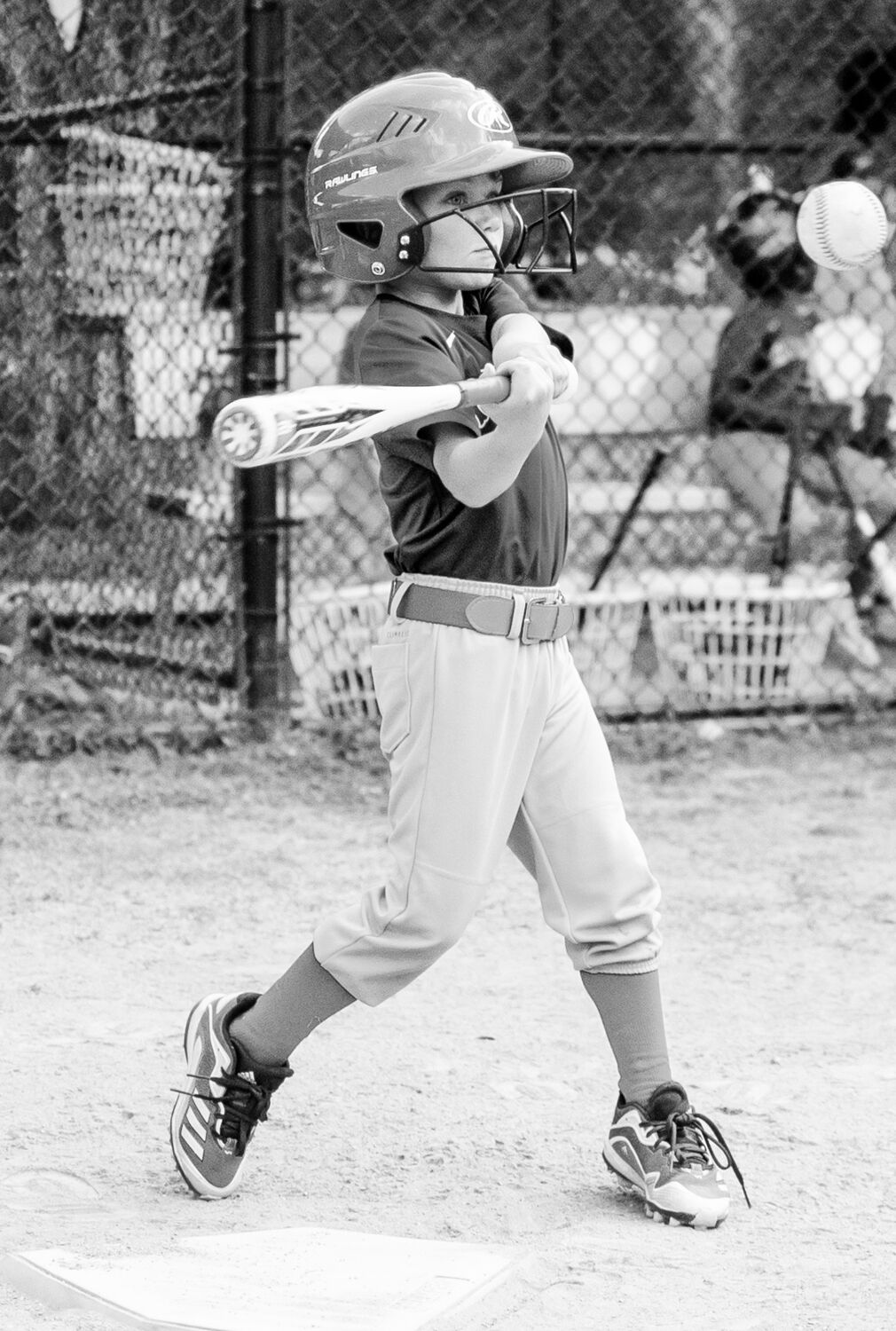 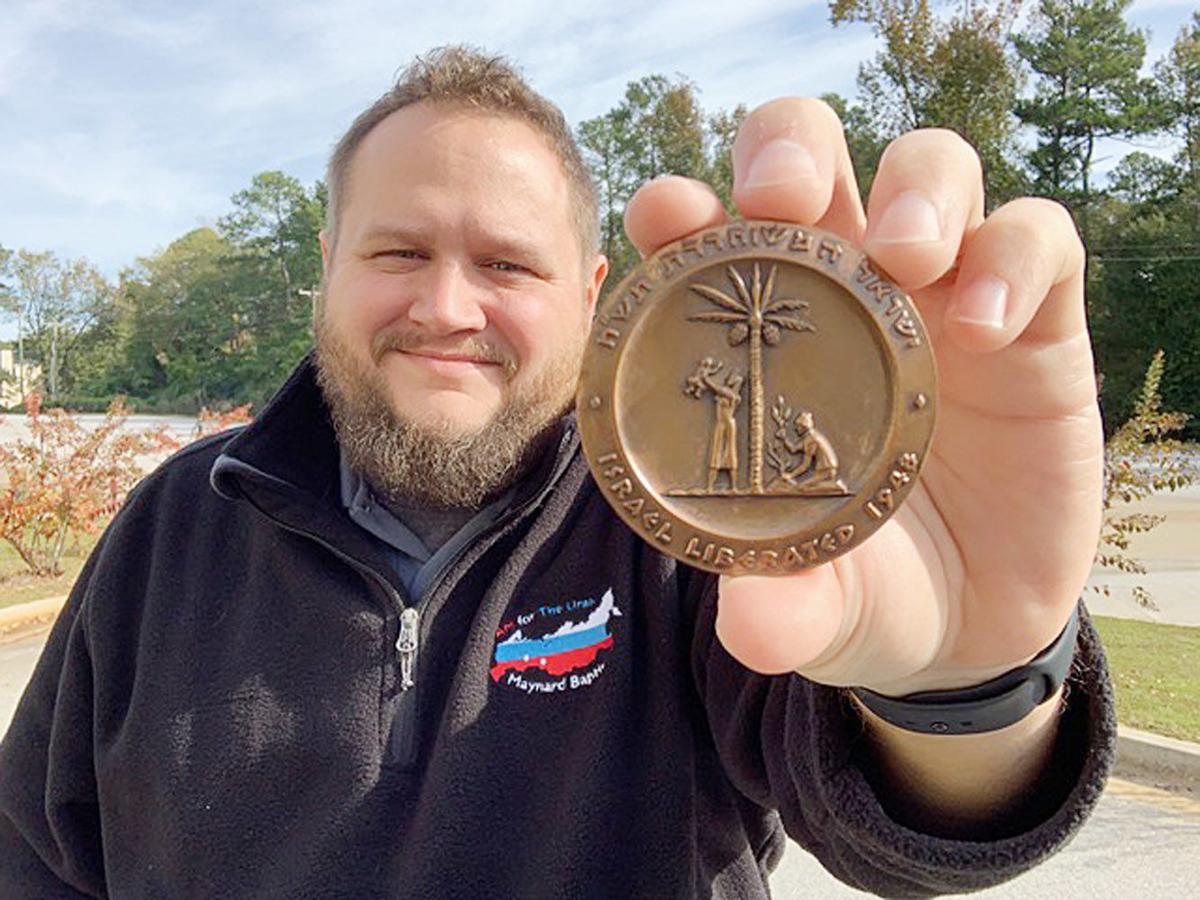 Pictured is Rev. Matthew Bishop holding the Israel Medal of 1962. On the back side is an image of the Roman coin that celebrated the fall of Judah in 70 A.D. In the picture is the side where a woman is holding a new baby while a tree is being planted.

Pictured is Rev. Matthew Bishop holding the Israel Medal of 1962. On the back side is an image of the Roman coin that celebrated the fall of Judah in 70 A.D. In the picture is the side where a woman is holding a new baby while a tree is being planted.

My son is an outside, run everywhere, sports loving five year old. Being a proud dad, I have absolutely loved watching him develop his own interests and passions.

He just finished his first season of T-ball and loved every second of it. I did not realize how much time it was going to take when we first signed him up. There were practices, we went to batting cages, as well as hours of us playing catch in the yard with him. He loves the game and wanted to win so he naturally grew in his abilities as he devoted his time and energy to it. It truly was a joy watching how he developed in his basic skills from the beginning of the season to the end.

WHAT IF he one day found himself playing for a professional baseball team! Let’s take It even further! What if he found himself standing on a field, filled with all kinds of emotions, about to have the opportunity to play in the World Series! There are very few people that will ever make it that far in a sport. And just to play would not be good enough. The goal would be to win the World Series!

Of those who have made it that far, can we agree that none of them ever got there by accident. Think about all the team meetings, late practices, early morning workouts, running, training, studying the rules, as well as having committed family and friends who sacrificed to help them. In order to grow into the type of player at that level it takes discipline and sacrifice.

Christians have been called not to just sign up for a team and then ride the bench for a season. God has called us to become equipped for the work of the ministry. He desires His children to grow up into maturity. Ephesians 4 tells us that’s why he has given the church and certain types of people in it.

“And he gave the apostles, the prophets, the evangelists, the shepherds and teachers, to equip the saints for the work of ministry, for building up the body of Christ,  until we all attain to the unity of the faith and of the knowledge of the Son of God, to mature manhood, to the measure of the stature of the fullness of Christ” Eph 4:11-13 (ESV)

God has called His people to grow in spiritual maturity for the “work of ministry.” This takes discipline and a desire to grow and change. Spiritual maturity WILL NOT happen by accident. There will be team meetings, late night bible studies, early morning devotions, walking out your faith, studying the word, as well as needing other committed believers who will sacrifice to help you grow!  Discipleship takes discipline. I heard one pastor say, Discipline is not an issue of I can not, it is an issue of I will not”

God did not call us to salvation through Jesus to just go to heaven, but saved us for a purpose here on earth. Christians have been called to daily grow more like Jesus and less like the world. You may have heard this called sanctification. If you confess to be a believer, but have not grown in your faith, I beg you to consider your calling! Much has been given and much is required. Seek out a body of believers who will invest in you as you invest into them. Iron sharpens Iron. Growing People Change!

You have a Father in heaven who loves to see you develop interests and passions that He can use in His kingdom!  He has called His children to get off the bench and in the game! Hey, maybe even go to a “team meeting” this Sunday Morning!

Rev. Matthew Bishop is pastor of Maynard Baptist Church, 1195 Juliette Road, Forsyth. The Pastor’s Corner is sponsored by the Monroe County Ministerial Association, which meets on the second Thursday of each month at 8:30 a.m. at Christ United Methodist Church, 417 N. Frontage Road, Forsyth.