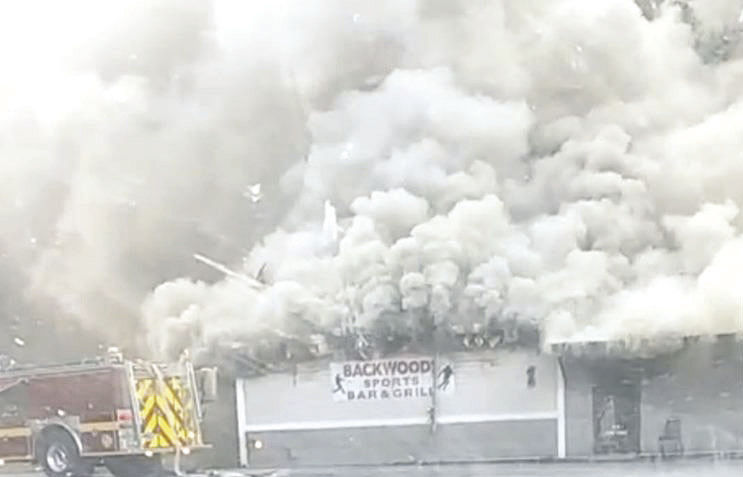 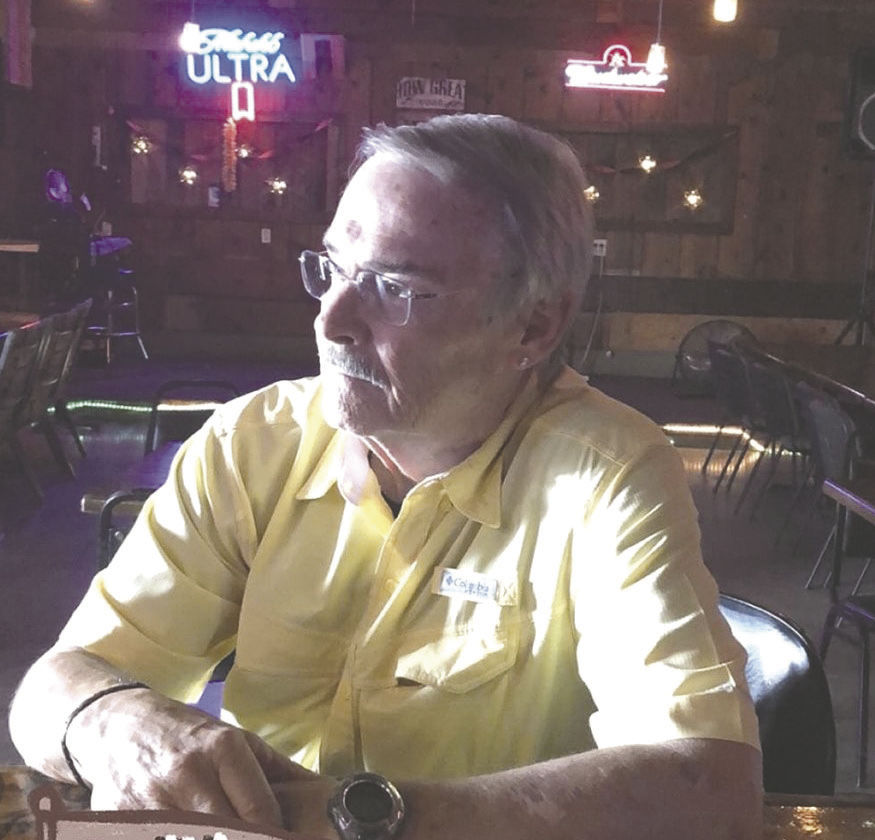 A popular High Falls gathering spot burned down on Tuesday, Oct. 1, and its now-deceased owner is believed to have started the fire.

The Monroe County Sheriff’s Office, Monroe County EMS and Monroe County Fire Department responded to a building fire at The Backwoods Bar and Grill at 5047 High Falls Road at about 6:20 p.m. on Oct. 1. When crews arrived, the building was engulfed with heavy smoke and flames. Monroe County firefighters were able to prevent the fire from expanding into nearby businesses, such as the neighboring Cabin Clutter Thrift Shop & Riverwood Folk Museum and the High Falls Hideaway motel.

According to Sheriff’s Office spokeswoman Anna Lewis, the bar’s majority owner, Gary Lawrence, was seen leaving the business shortly before the 911 call. A High Falls Hideaway employee said he called 9-1-1 when he saw the fire but dispatchers said they had already received at least one other call about the blaze.

Lewis said Monroe County Dep. Jeff Wilson, who ruled the fire an arson, viewed a High Falls Hideaway surveillance video, which showed Lawrence entering the bar on the afternoon on Oct. 1. Lawrence stayed inside the bar for a couple of hours, exiting once to take out the trash. She said while Lawrence was still inside, the video showed smoke coming out of the building’s eaves.

Lewis said Lawrence was then spotted by a witness leaving the scene in his red Chevrolet Cruse. She said the witness got Lawrence’s tag information, and the car was confirmed to be his. According to Lewis, after leaving the bar, Lawrence drove to his sister’s home to swap out vehicles and then drove to his ex-wife’s home on Normandy Road in Macon, where he committed suicide. According to friends, Lawrence had been divorced less than a year.

Lewis said the Macon-Bibb County Sheriff’s Office has yet to release its report concerning the details of Lawrence’s death, but Lewis confirmed Lawrence was killed by a self-inflicted gunshot wound. However, the cause of the fire remains under investigation, and Monroe County deputies have yet to determine a motive.

High Falls businessman Dean Huckeba opened what is now the Backwoods Bar and Grill in 2004. After operating for many years under the name Nashville Sounds, the business changed ownership several times in recent years with Lawrence taking over as majority owner, alongside co-owner Amanda Smallwood, in fall 2018. After years of controversy, including a 2011 stabbing at the site, the bar’s reputation seemed to have improved in recent years, including holding popular Friday karaoke nights.

According to his Facebook page, Lawrence, 72, grew up in Marion, Ind., attending Marion High School. Monroe County coroner Joey Proctor said Lawrence, who lived in Macon at the time of his death, moved to Middle Georgia more than a decade ago, becoming a Monroe County Moose Lodge member in 2009. Proctor said Lawrence was known for his love of playing cards, even competing in the World Series of Poker in Las Vegas in 2012.

Proctor said of Lawrence’s death: “I knew him well. It was a shock.”

According to the Backwoods Bar & Grill Facebook page, a Celebration of Life to honor Lawrence’s memory will be held at 1 p.m. on Oct. 19 at the Monroe County Moose Lodge.