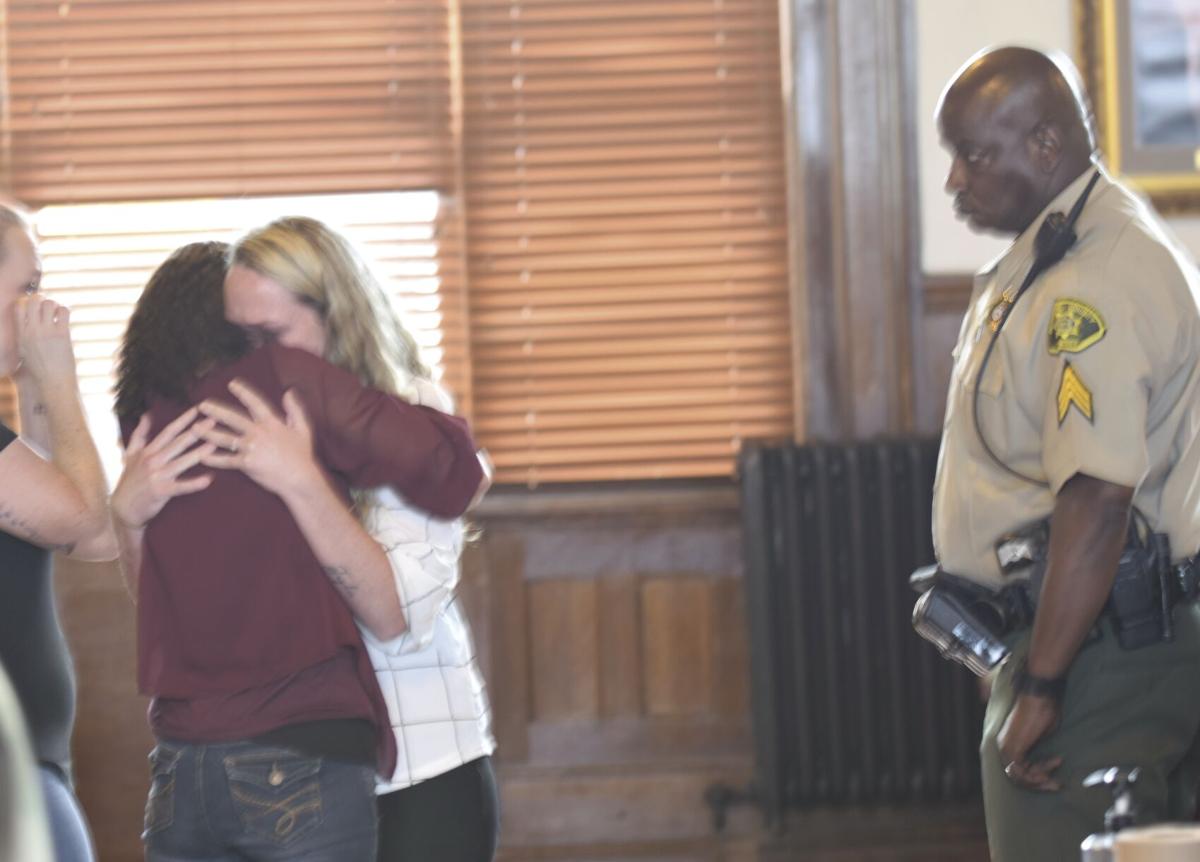 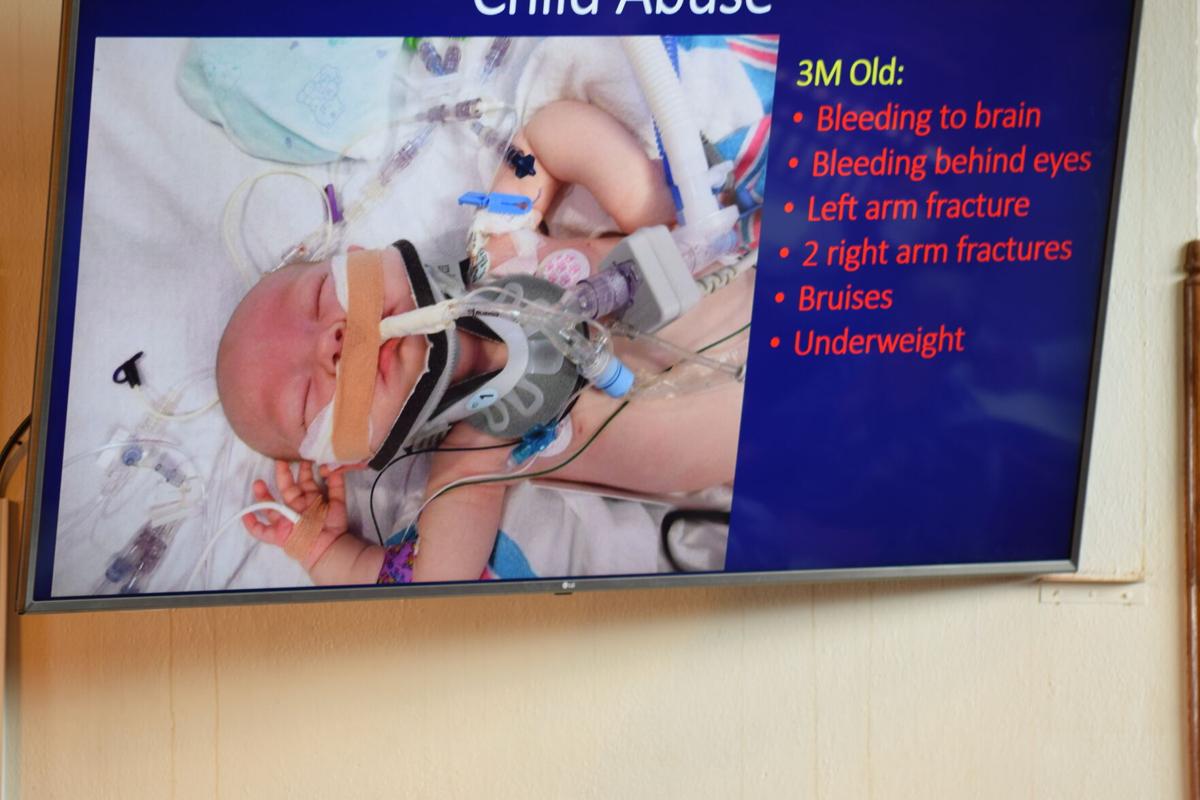 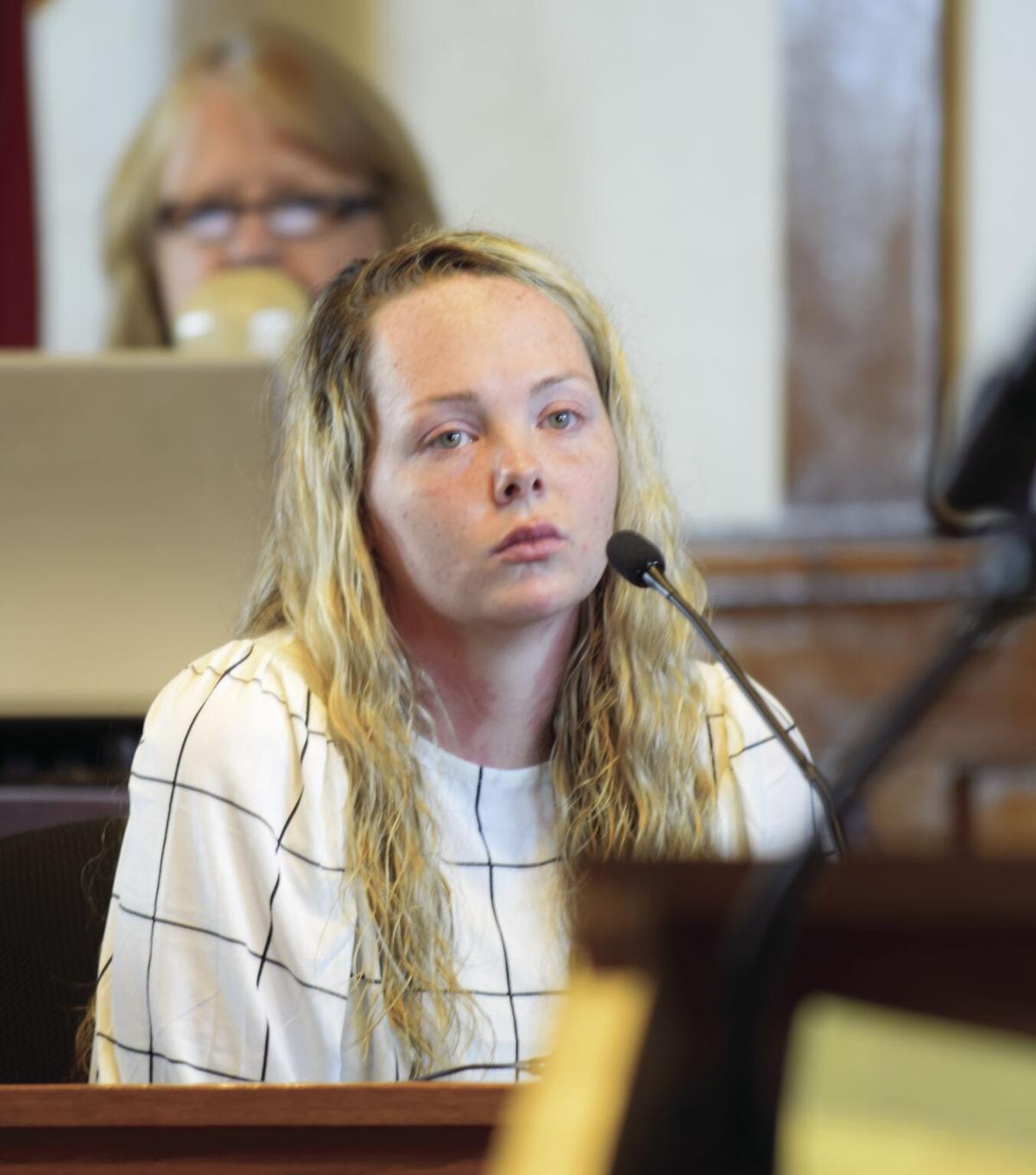 A Juliette woman was sentenced to 20 years in prison on Thursday for abuse that nearly killed her then-3-month-old daughter in 2017.

Rachel Stone, 26, cried and hugged her family before she was led off to prison after her trial at the Monroe County courthouse.

“Even after this trial we still don’t know what happened,” said Judge Tommy Wilson as he announced his sentence. “Nobody is responsible for what happened to that girl. That’s bulls—. She (the child) has got to suffer the rest of her life.”

Stone’s public defender Brad Moody asked Wilson to give Stone the same sentence her then-boyfriend Tony Ponder got for the girl’s injuries, four years to serve in prison.

But Wilson said he was taken aback after learning the extent of the baby’s injuries.

“If I knew then what I knew now, Ponder would not have gotten what he got,” said Wilson. “I will rectify that other mistake I made. They all come back (to court).”

It was 11:10 p.m. the night of Aug. 22, 2017 that Monroe County EMS was called to Stone’s home on Strickland Loop about her baby girl throwing up blood. EMTs determined her temperature had dropped to 93 degrees and she had bruises and was having spasms. They reported she was declining rapidly and had to use a bag to breathe for her. They rushed the baby girl to the Navicent Children’s Hospital in Macon where she was also diagnosed with a broken arm, bruising and hemorrhaging in her eyes. She was put on a ventilator. The baby was later transferred to the Children’s Hospital of Atlanta.

Jordan said that the baby was spitting up blood and could barely breathe and yet Stone wasn’t screaming “help my baby” and asking who did it.

“She isn’t asking because she knows,” said Jordan. “She knows she’s underweight. She knows she has a broken arm. She can’t tell the Forsyth Police Department or the GBI because she was in on it. And so she does exactly what guilty people do. She lies.”

Jordan said Stone didn’t shed any tears until she was the one in jeopardy.

Jordan urged jurors to show the little girl that what happened to her was wrong.

“She deserved a much better mother than what she got,” said Jordan.

Public defender Moody, though, argued that Stone never admitted to doing anything wrong despite hours of questioning and took her daughter to the doctor frequently for an acid reflux issue.

“Does that sound like someone abusing a child?” asked Moody. “She didn’t do anything but care for this child. This could have legitimately been an accident.”

Moody noted the 3-month-old baby only weighed 9 pounds and suggested the baby’s then-3-year-old brother may have accidentally hurt the child.

“When the older child wants to help,” he said, “they can be rough.”

Moody said prosecutors admitted eight times they don’t know what happened to the baby and thus jurors should find Stone not guilty.

“I don’t see how you can pull the plug when you don’t know the when, what, where and why,” said Moody.

But jurors took about 2 hours to find Stone guilty on aggravated battery and cruelty to children, and not guilty on a second round of the same counts.

Jump said she’s taken the girl to lots of doctors’ appointments since taking her in, and that the girl has had multiple eye surgeries on both eyes to try to repair damage done during the abuse. Jump said the girl still has one eye that is crossed and has to see a neurologist once a year.

“The defendant failed in the most fundamental responsibility a human has,” lead prosecutor Dorothy Hull told jurors.

District attorney Jonathan Adams said Stone turned down an offer to serve 10 years in prison in exchange for a guilty plea.

Wilson did reject a state request that Stone not be allowed to be around children when she gets out of prison.

“I hope by the time you get out you have learned something,” said Wilson. But he also rejected Moody’s request that Stone’s sentence be under the first offender law, which would scrub it from her record once released.

“I don’t think we know who did what yet,” said Wilson. “The day I hear what really happened, I’ll consider it.”