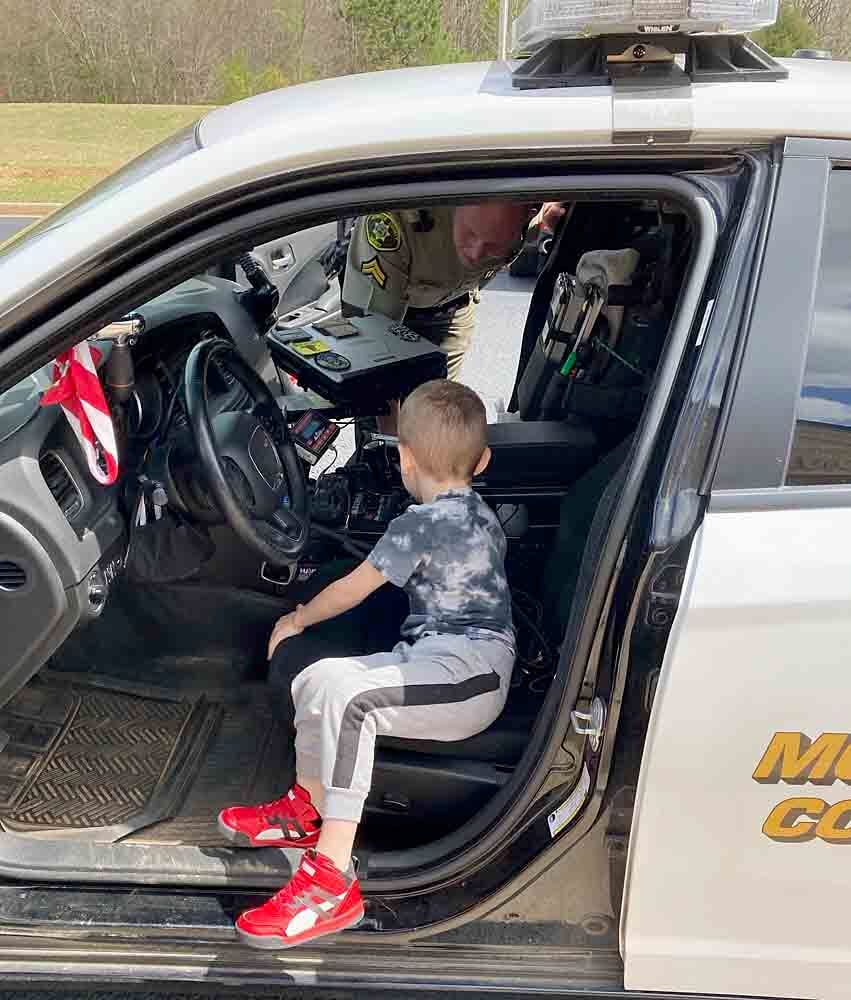 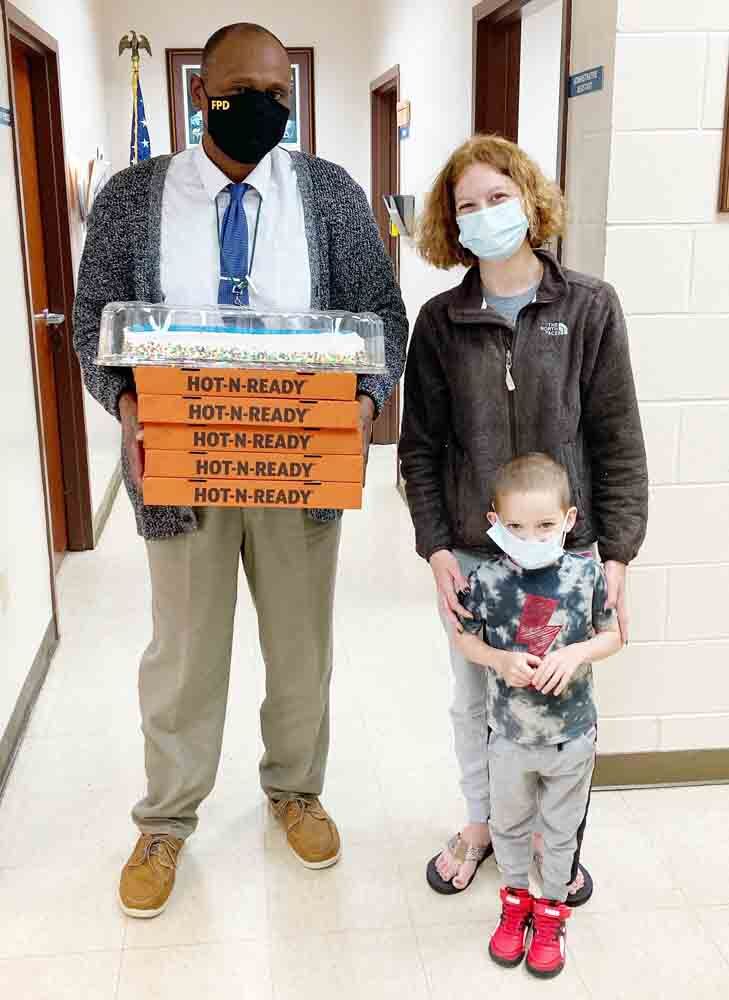 Watching her mother-in-law work long shifts at Monroe County Hospital and hearing her worry about helping people over the last year, Katherine Scott feels that the people working in the many helping fields in the community need to be shown more often that they are appreciated. She also wants to make her children aware of how much these public servants do for others, often at the sacrifice of their personal lives.

“I feel folks in the helping fields are overworked, underpaid and not appreciated enough,” said Scott. “Some of them never get to see their families.”

She decided to make a personal gesture of thanks to the employees at Monroe County Hospital, Forsyth Police Department and Monroe County Sheriff’s Office. She and her children, Elizabeth Mauldin, 6, and twins Jarrod and James “Layne” Mauldin, 4, put together special gifts of flowers and a big cake for the hospital and pizzas and cakes with the message “Back the Blue” for the law enforcement offices. The children are students at K.B. Sutton Elementary.

Scott and Layne personally delivered the “thank you” to the police department and sheriff’s office on Friday, March 19. Layne was thrilled to get to sit in a police car, sound the siren and get to meet a canine officer. His mother said it just might be the most fun he’s ever had. She said Deputy Jake Justice told Layne to come back when he’s a little older for a ride along with him and to help him “catch bad guys.”

Scott said she hopes more people will remember to tell community helpers how much they’re appreciated.