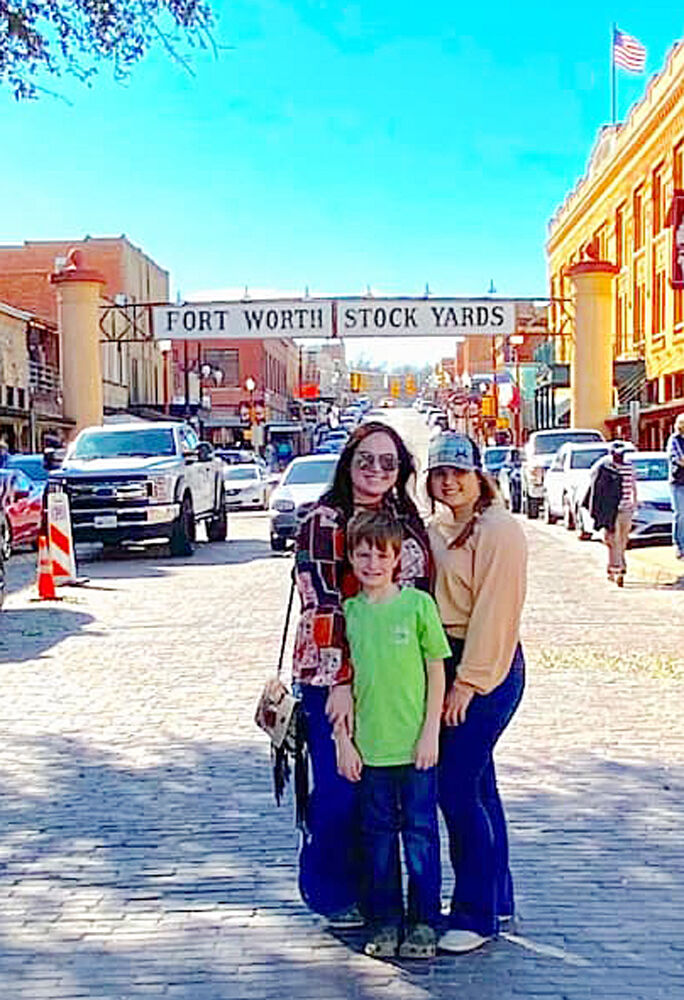 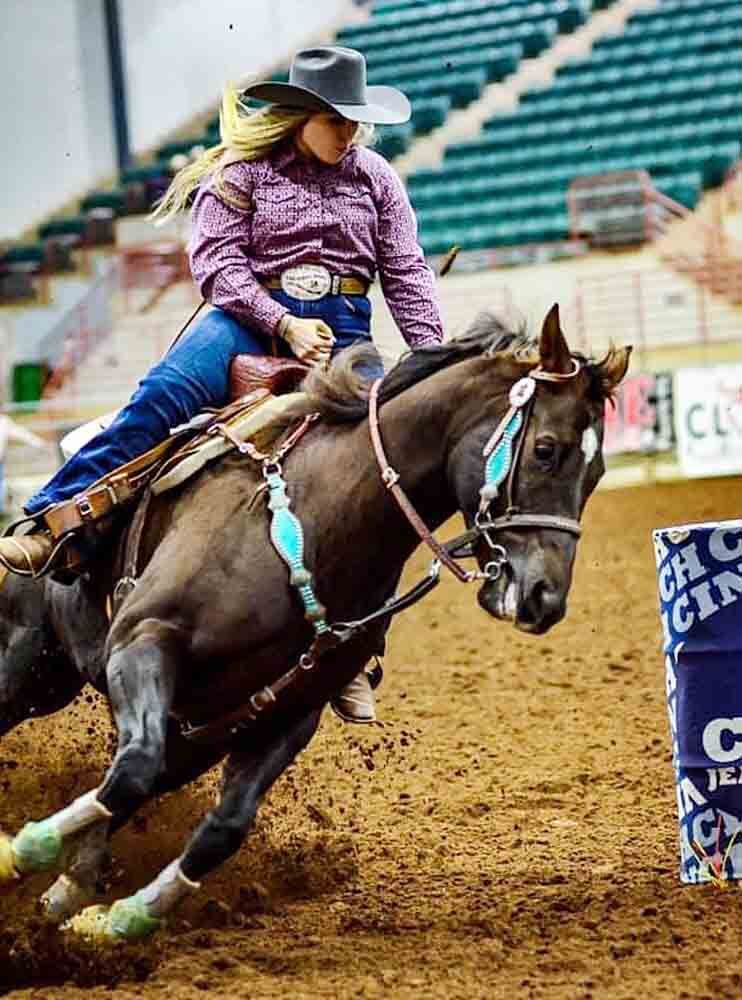 Jozie White of Monroe County competed in 19-and-under barrel racing at the 2021 Hooey Junior American Patriot Rodeo at Cowtown Coliseum at Fort Worth, Texas Stockyards. The March 1-6 event, combined with the American Rodeo Semi-Finals, draws some of the strongest competitors from throughout the United States.

Jozie, the daughter of David and Julie White, made the 19-hour drive to Fort Worth with her parents; sister, Jessica; brother, Jayden; and horse, Streakin Me Out 93. Jozie said it was her first long distance travel with the six-year-old mare and that the horse did well on the trip. The family stopped in Louisiana at a site where Streakin Me Out could board overnight on the way out but made it a continuous drive on the road home.

Jozie qualified to compete at Fort Worth with her time in Perry on Nov. 6, 2020, in a field with about 1,300 entries. David explained that the top four in each event are invited to the national event.

Jozie has been barrel racing for six years and has been competing in the high school rodeo association for two years.

On Tuesday, Jozie placed 70th out of 600 competitors. On her second run she missed the cutoff by 35 hundredths of a second, finishing 88th out of 300, but there were 65 other racers on the bubble with her. A barrel racing run normally lasts around 15 seconds.

The junior winner in Fort Worth took home $15,000. David said the top barrel racer netted $30,000 and there was over $1 million in prize money for all the events in the finals, adding to the excitement of the events. He said they had some friends who just missed the cut for the semi-finals.

Jozie has also competed in pole racing and has started practicing as the header in steer team roping. She tries to ride about an hour every other day, depending on weather. She has had Streakin Me Out since August 2018 and is pleased with her performance.

“She ran a 15.8 both days and all I can say is I can’t be more proud of her being consistent this week! I can always count on her to give me 110 percent every time,” wrote Jozie. “I’m glad we had the opportunity to be able to run her and hoping I’ll be back next year!”

Jozie said she first rode Streakin Me Out when she borrowed her for a race. Her family surprised her with the horse in her home pasture. “I didn’t know she was for sale,” said Jozie.

Asked what she thinks about as she approaches the 15 intense seconds of a barrel race, Jozie said she just thinks about what she has to do and zones everything else out.

Jozie is a junior at Rock Springs Academy and says she has a lot of supporters for her rodeo competitions at her school. She also works part time at Forsyth Feed & Seed, which is owned and operated by her father. She said she hopes to train horses professionally in the future.

Jozie and her father agreed that the family enjoyed the experience of the huge event in Fort Worth. Now they are back to focusing on the high school rodeo circuit, which goes from September to May each year. This weekend Jozie and Streakin Me Out will be competing in Franklin.