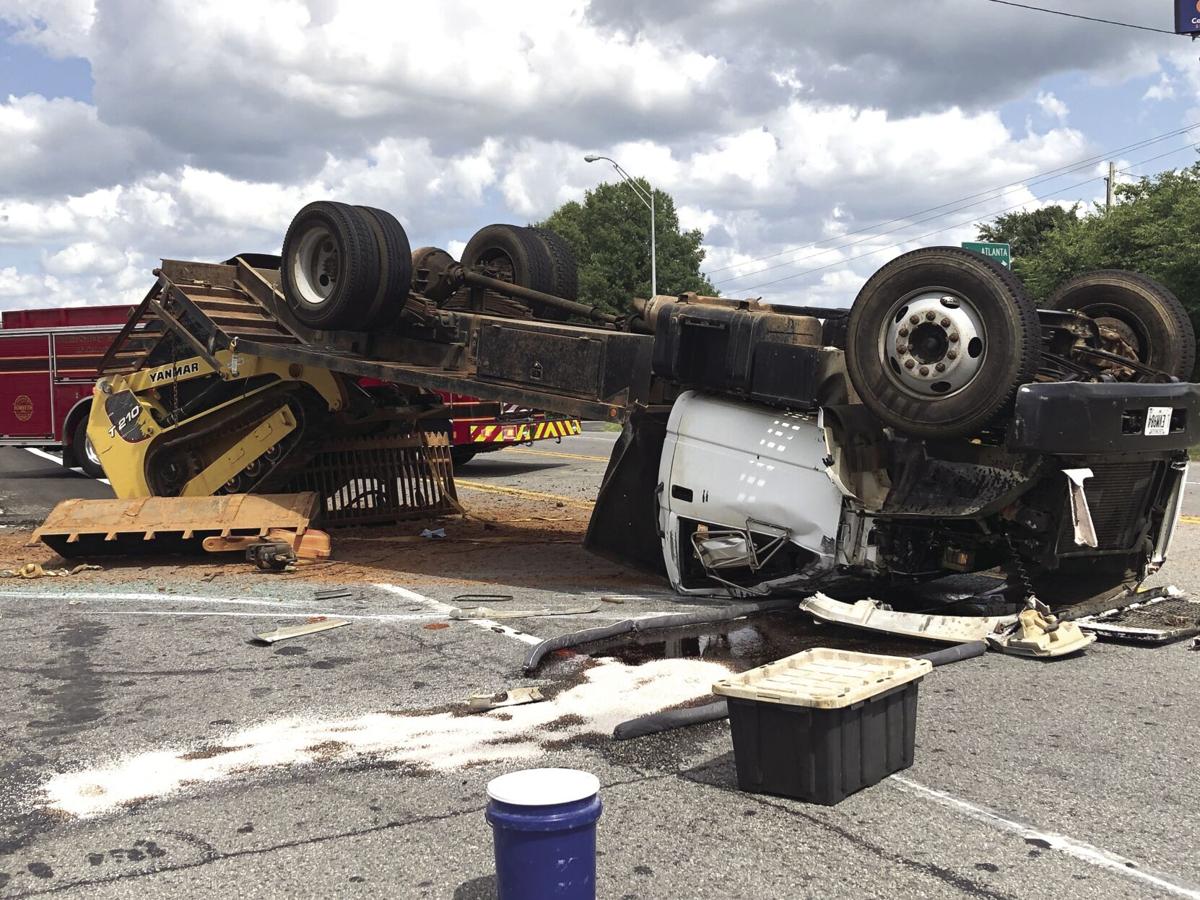 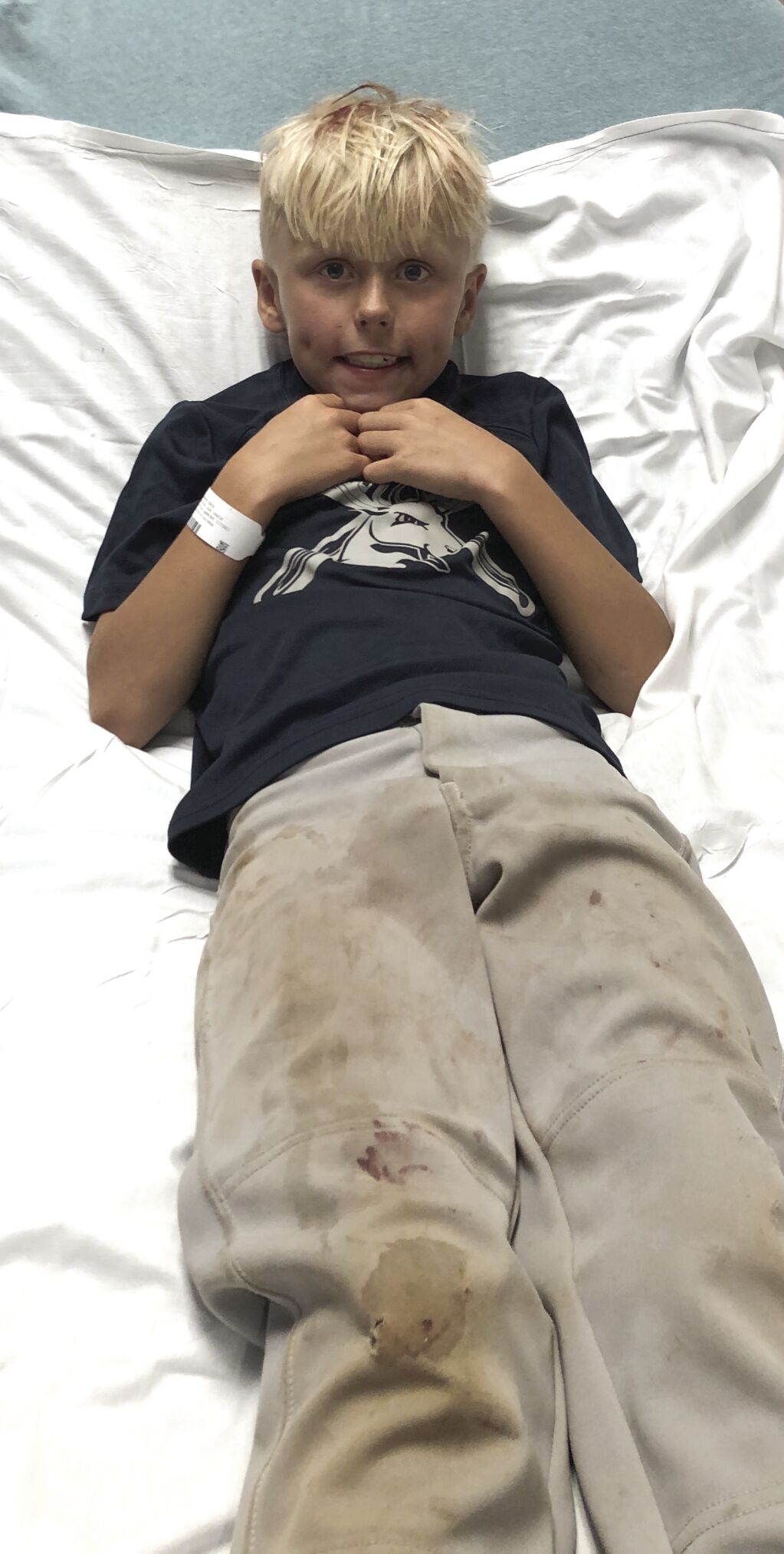 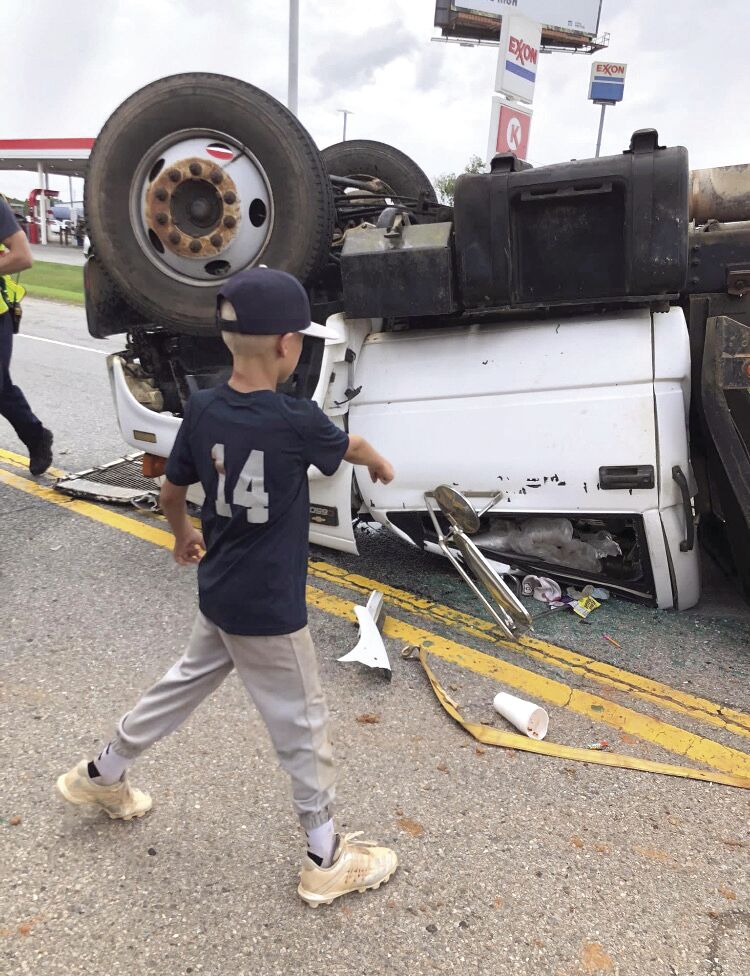 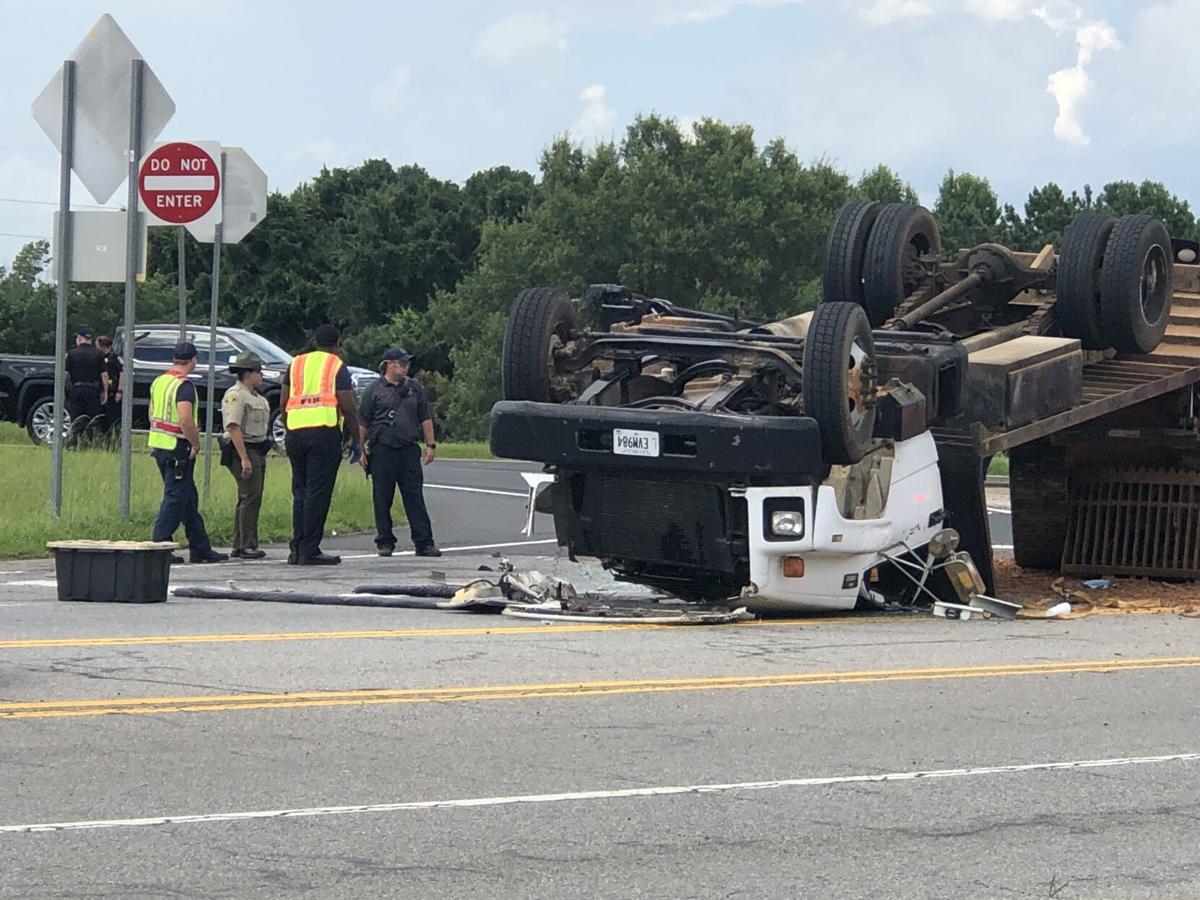 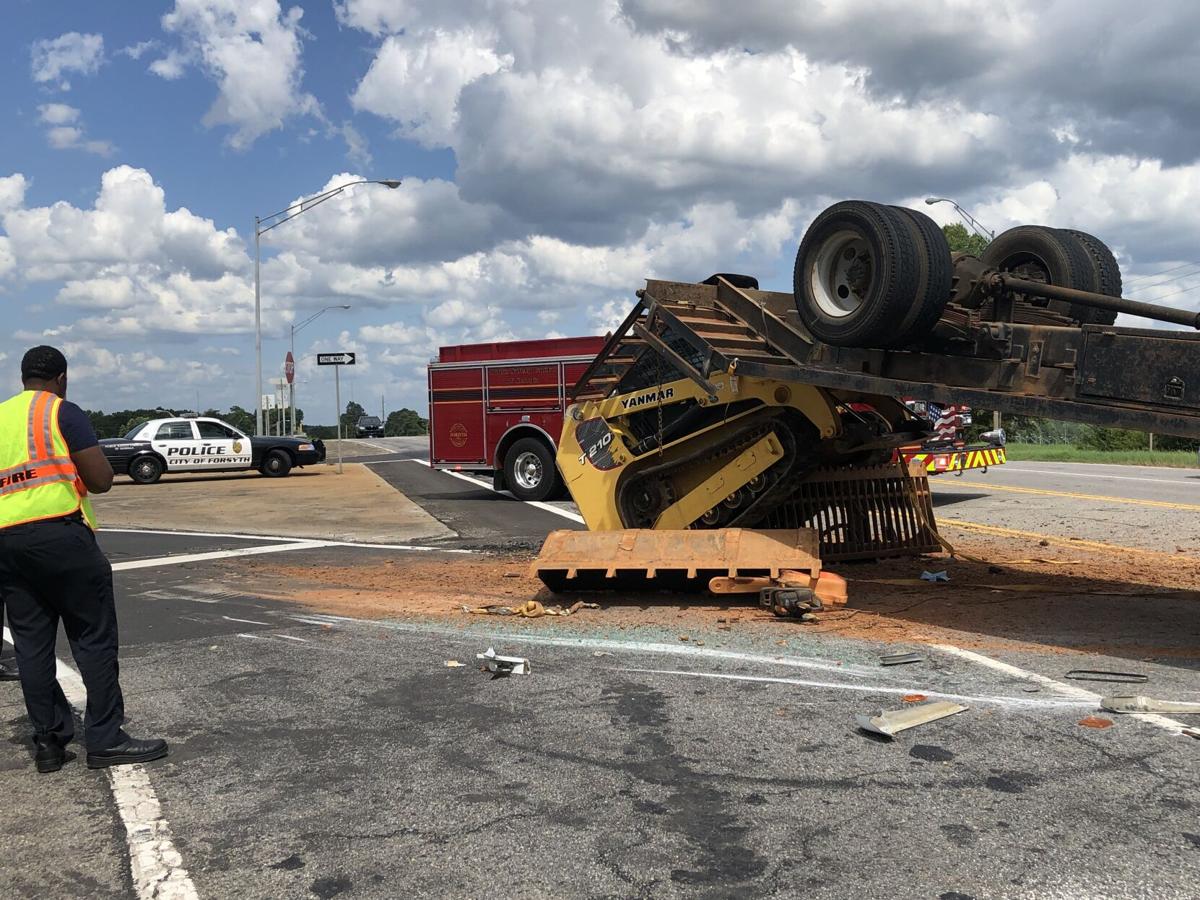 The top of the southbound exit ramp at Hwy. 18 was more than just an accident scene on Saturday afternoon, it was the site of a miracle.

According to the Georgia State Patrol, Brandon Lee McLenden, 30, of Lee King Road, had the brakes go out on his 1997 GMC as he towed a bobcat up the I-75 exit ramp at Hwy. 18 on Saturday. That forced him to make a hard right turn to try to stop, flipping McLenden and his 9-year-old son, Cruz Newton, upside down as the giant truck and bobcat crashed to the road around 4:01 on July 17.

Cruz, a rising 4th grader at T.G. Scott Elementary, was able to crawl from the passenger side window without even a scratch while McLenden received only minor cuts and bruises to his right arm. Both were taken to the hospital in the same ambulance.

According to the report, McLenden planned to turn left at the top of the ramp. But there was a truck stopped at the intersection and he was forced to take evasive action and made a hard right turn which caused the GMC to flip and land upside down.

The boy’s grandmother and legal guardian, Chasity Newton, also of Lee King Road, told the Reporter it is truly a miracle that they are still alive. Especially, since they told her they weren’t wearing seatbelts.

She said the family was returning from a baseball tournament in Griffin after watching Cruz, who just turned 9 this month, play with the Monroe County Young Bucks. McLenden had driven his work truck to the game just in case he had to leave early and go to a job. When they were loading up to leave, Cruz told her at the last minute he wanted to ride in his dad’s work truck.

On the way home after stopping at Walmart, Newton said she saw firetrucks go down the interstate as she was pulling off to go into CVS and said a silent prayer for any victims. Only 3 minutes later, she received a phone call saying there had been an accident. She said she rushed to the scene and couldn’t believe her eyes when she saw her grandson standing beside the truck, studying the flattened cab he just crawled from. She said she was shaking and crying, and Cpl. Kimberly Barnett told her Cruz probably shouldn’t see her in that shape, but she ran into his arms anyway.

She said she believes God and Cruz’s mother in heaven were watching over Cruz and Brandon, especially since neither was buckled in. She said Brandon was injured when he threw his body over the boy to protect him.

Cruz’s doctor told him he wouldn’t be able to play in Sunday’s game, but he insisted he be taken so he could at least cheer for his team. To his surprise and delight, he was appointed to be the bat boy and the Young Bucks went on to beat the Beastmode Grinders, 14-13, to win the championship and Cruz got his ring.

Chasity and Frank adopted Cruz and his brother Cayden, 11, after their daughter Demi passed away nearly five years ago. She said they are honored to raise the grandchildren Demi left them.

Charges in the accident were still pending at press time.