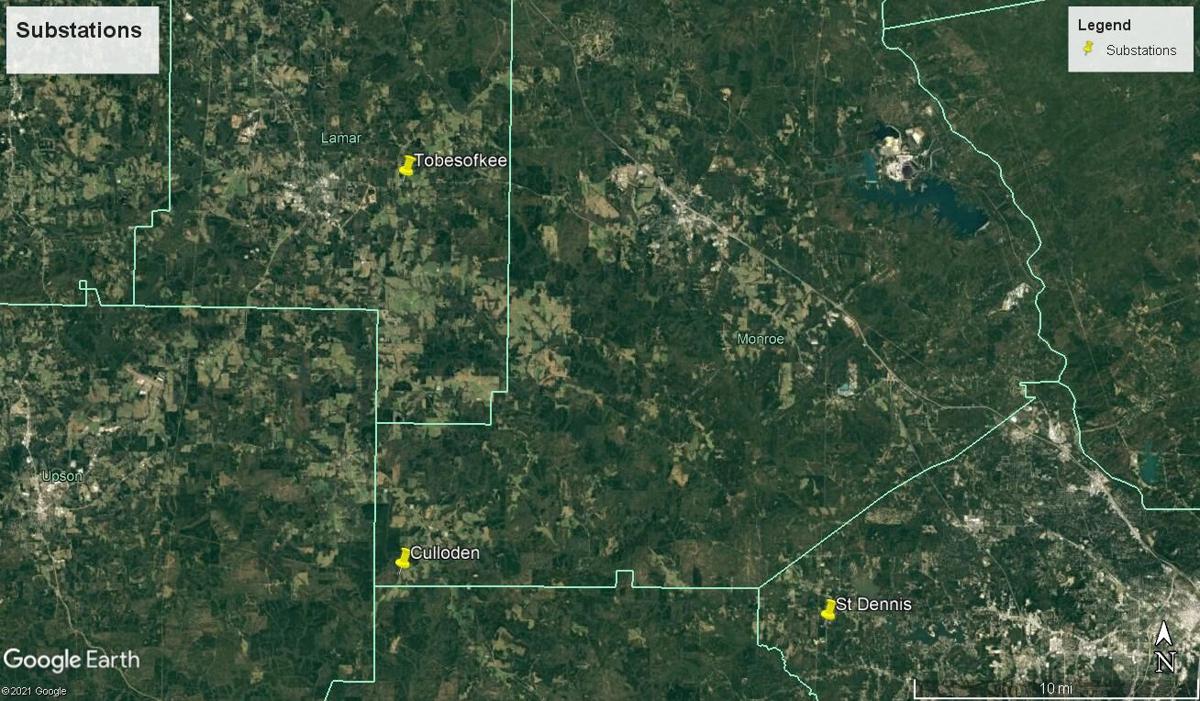 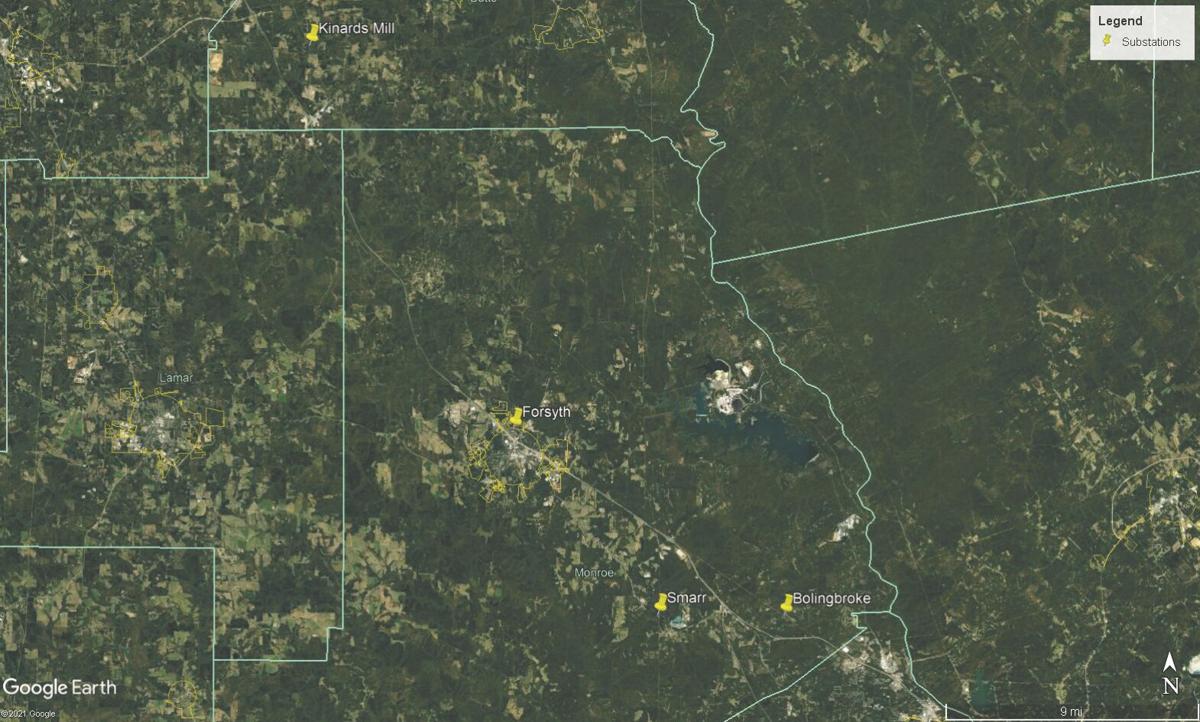 The four yellow highlighted areas are the Central Georgia EMC substations that serve Monroe County and from which the new internet service will emanate. (Map courtesy of Ben Thomason/CGEMC) 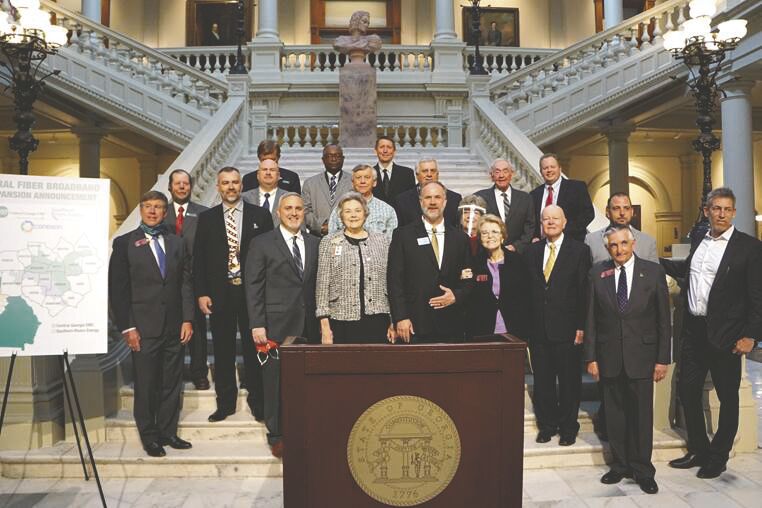 Monroe County and state officials at the capitol celebrate an agreement to bring high speed internet the county.

The four yellow highlighted areas are the Central Georgia EMC substations that serve Monroe County and from which the new internet service will emanate. (Map courtesy of Ben Thomason/CGEMC)

Monroe County and state officials at the capitol celebrate an agreement to bring high speed internet the county.

ATLANTA - Almost all Monroe County residents are being promised high-speed internet by June 2022 under what’s being called the biggest rural internet project in Georgia history, a project feted by top state officials including Gov. Brian Kemp on Monday.

Kemp hosted a celebration at the capitol on Monday with Monroe County officials and legislators, calling it a creative solution to a big rural problem. The solution will include Central Georgia EMC, Southern Rivers Energy and Conexon investing more than $210 million to design and build a 6,890-mile fiber network to provide both improved electric service and high-speed internet access to all 80,000 of the two utilities’ customers.

Central Georgia EMC is expected to be the first out of the gate adding fiber internet this spring, starting at its four substations that serve Monroe County. Ben Thomason of Central Georgia EMC said those substations are located off Powerhouse Road in Forsyth, off Hwy. 41 in Smarr, on Pate Road and one in Butts County that serves northern Monroe County. So homes close to those substations will be the first to have the option to sign up for high-speed internet. Thomason said there will be no connection fee for customers who join now, and the cost will be $50 per month for 100 megabytes per second speed and $80 per month for 1 gigabytes per second speed. A company called Connect, a subsidiary of Conexion, which has done similar projects in other states, will handle the fiber addition and billing. Central Georgia EMC, which has 7,700 customers in Monroe County, is expected to begin work by June and to be finished by April 2022. The fiber will be installed on poles underneath the power lines. Thomason said Connect won’t have to finish a line before turning on the fiber so homes will get access to the internet as they pass by.

CGEMC got $3.5 million in federal funds to expand internet and Monroe County fronted $1.6 million to position itself first in line to receive the fiber internet. Central Georgia EMC says it’s total investment will be $16 million. The Monroe County school board kicked in $360,000 on Friday.

Southern Rivers Energy, which serves the southern half of the county, is thought to be about four months behind Central Georgia EMC and so it’s expected to be done in about June 2022.

Commissioner George Emami, who chaired the county’s internet task force and its effort to seek proposals to solve the internet problem, told the development authority on Tuesday morning that it was a great day at the capitol.

Authority member Phil Ham, who was at the celebration as a board member for Central Georgia EMC, said locals will know high-speed internet is coming soon this spring when they see workers fanning out across the county.

State officials on Monday credited a 2019 change in state law allowing EMCs to enter the broadband industry for helping make the project possible.