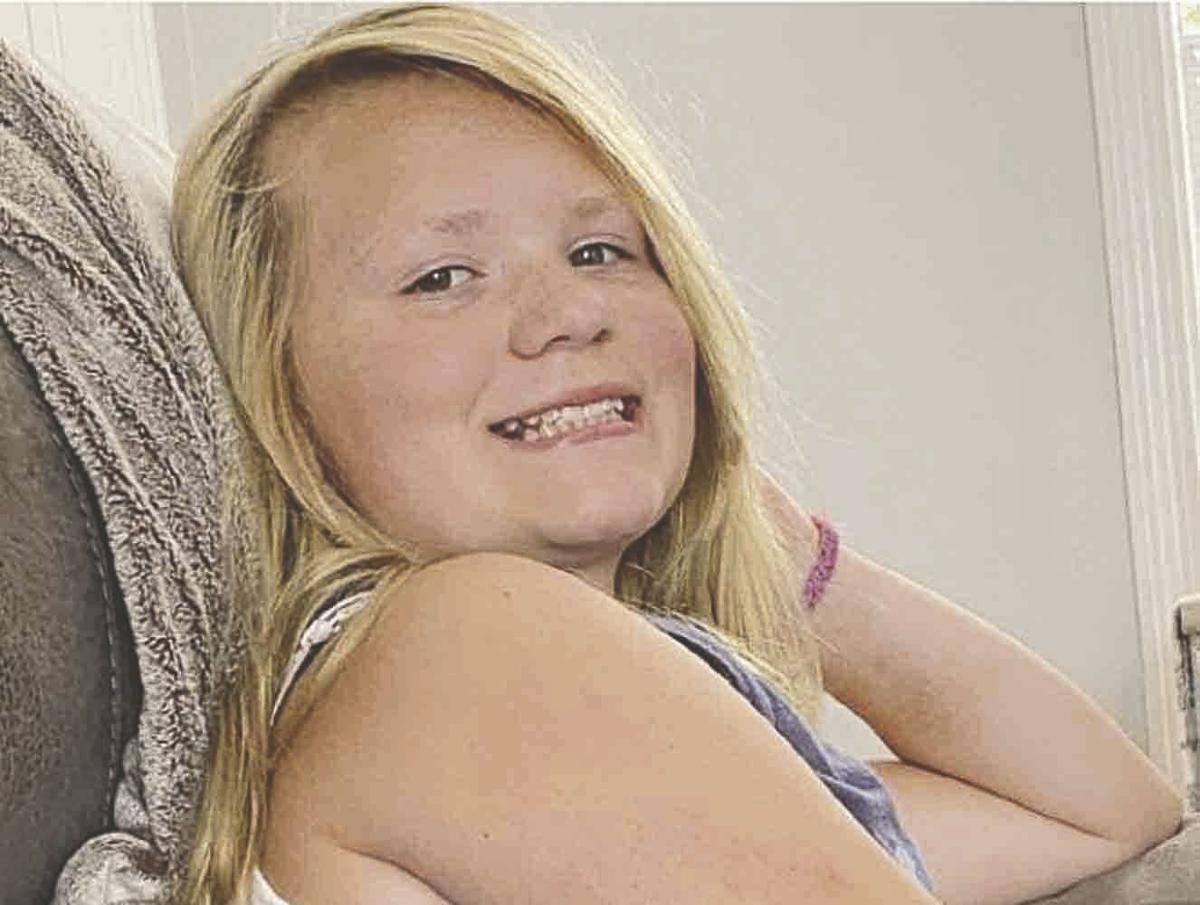 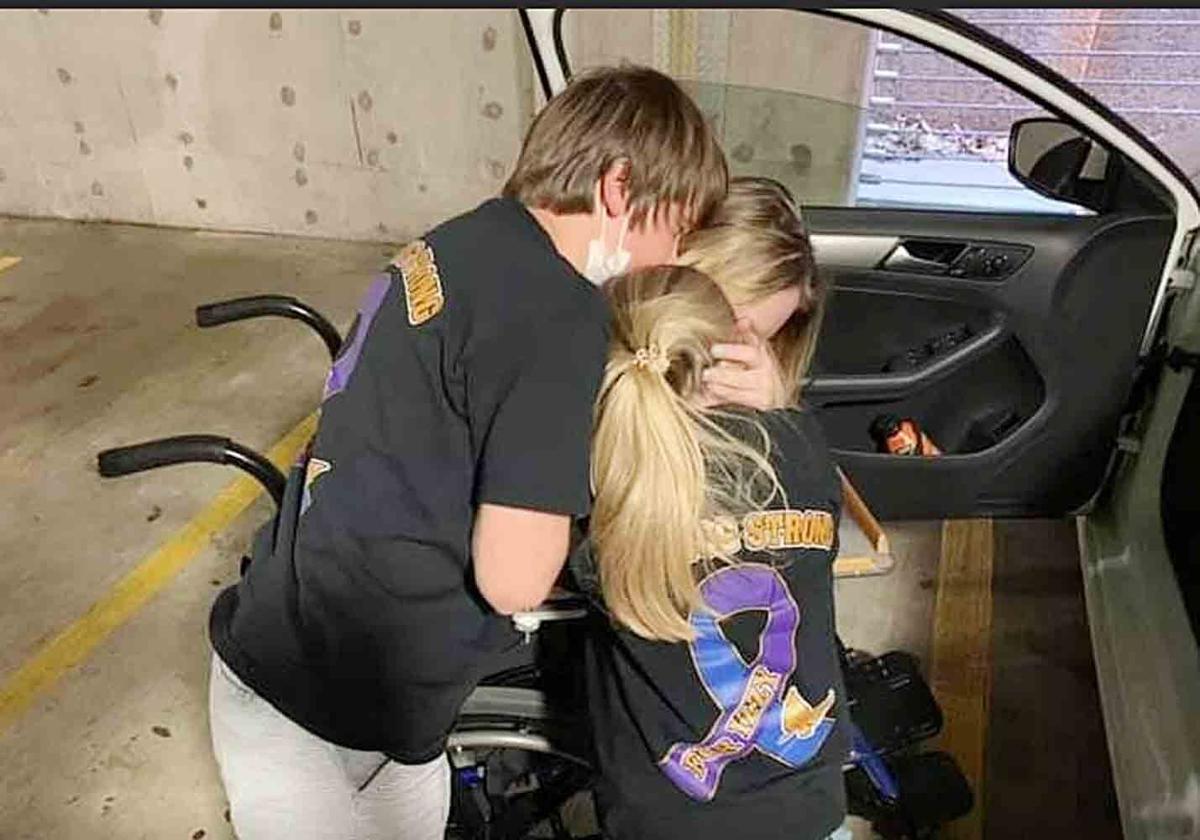 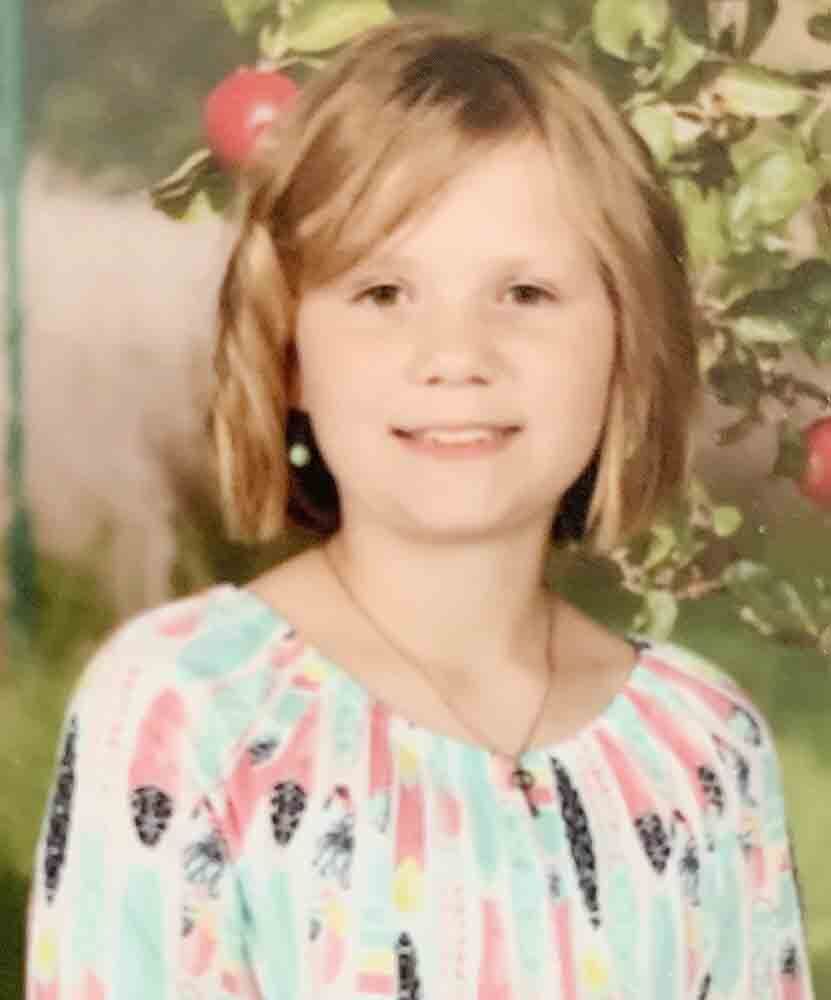 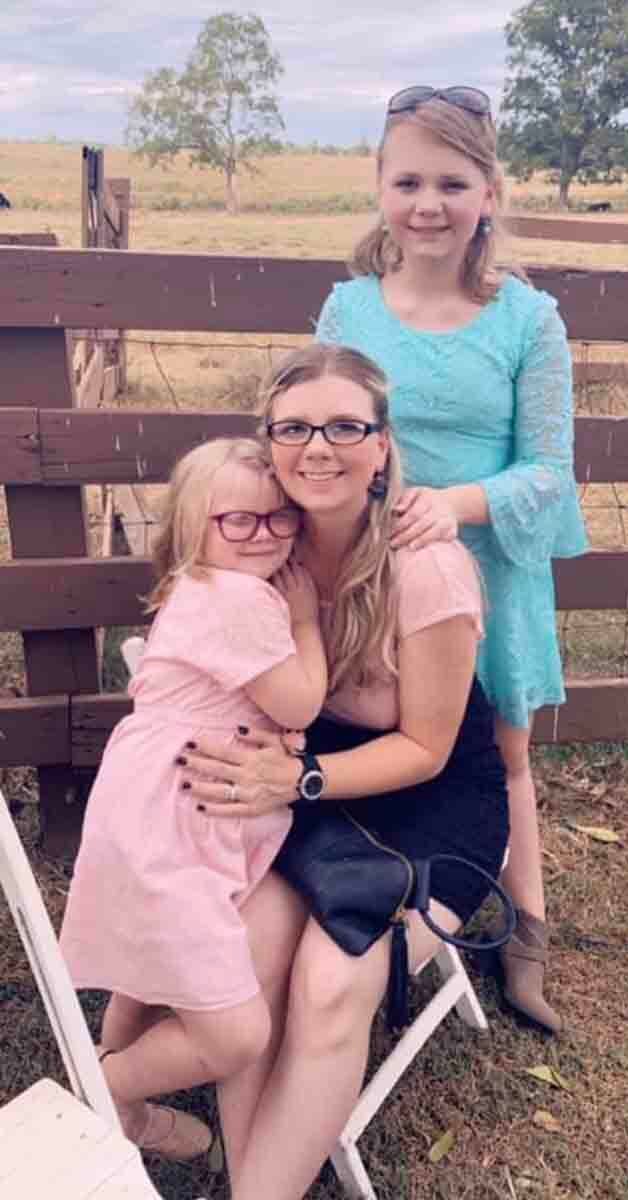 On Saturday, March 13 a local family got an abrupt reminder of how quickly life can change for no apparent reason. Justen and Stephanie Chambers were busy raising three active children and their son, Caspian, had a baseball tournament in Henry County that day. Justen, who teaches 7th grade social studies at Monroe County Middle School and coaches basketball and baseball, had been at a double header at Mary Persons before going home to get his wife and daughters to go to Caspian’s game.

Justen said they were enjoying a good family day, with nothing to warn of anything unusual to come. Oldest daughter Isabella, “Izzy”, was walking the family’s puppy at the ball park when she suddenly fell backward and then didn’t get up. Stephanie tried to help her up, but she flopped back down and her mother knew something was wrong. There was a call to 911.

Izzy was taken to Children’s Healthcare of Atlanta and on March 16 she had a blood clot removed at Emory University Hospital. Shortly afterwards she was moved from the Egleston campus to the Scottish Rite campus of Children’s Healthcare, where she is receiving treatment and therapy. Testing determined that the 12-year-old had suffered a stroke.

Justen said doctors found that Izzy had a swollen artery in her brain. The inflammation could have been caused by an autoimmune disease. The current diagnosis is FCA (Focal Cerebral Arteriopathy). The stroke occurred in the left side of her brain, which causes the right side of her body to switch off.  Right now the family is waiting to see what the immediate future will be. Initially Izzy was paralyzed on her right side and unable to speak. She has regained some use of muscles, is able to stand with assistance and is able to express her thoughts with some words, if not as fluently as she could before the stroke. She is expected to spend three to six more months in the hospital receiving physical therapy and undergoing more evaluation. Then there will be continued trips back to the Atlanta hospital for therapy, which will be three days per week initially.

“She will remain in Scottish Rite through June,” said Justen. “We’re praying she’ll be released in time to return to school next year. The doctors have given her a 6-12 month timeframe for recovery.”

Izzy is a 7th grader at Monroe County Middle School where her father teaches, and her brother and sister go to T.G. Scott Elementary. Justen said Izzy is quiet and shy in school, loves music, fashion and taking care of her younger sister. She was a manager for the Mary Persons volleyball team last year and was hoping to try out for the team this summer.

Only Justen and Stephanie have been allowed to see Izzy in the hospital for the last three weeks. Because she couldn’t speak at first and is gradually regaining her ability to talk, she hasn’t even been able to talk with her siblings on the phone. On Easter Sunday, April 4 Justen brought her brother and sister, Caspian, 11, and Alexandria, 6, to Atlanta. Because of their ages they weren’t allowed in the hospital, but with a little rule-breaking they were able exchange hugs with their big sister for the first time since March 13. Mom was able to sneak Izzy and her wheel chair out to the hospital parking area to share a few minutes and the big hug with her siblings. They were able to spend a little more time together at the hospital garden through a fence.

Their great uncle, Kenny Potts, said the video of the meeting is heartwarming; he said you can tell no one wanted to let go of the hug. The last time Caspian and Alexandria had seen Izzy, she was on the ground unable to get up. Potts said Izzy’s smile was absolutely beautiful.

He said Izzy has been particularly frustrated about not being able to move her right arm since she is right-handed. About an hour after the visit with her siblings, she was finally able to make that right arm move slightly, which Potts said generated another glowing smile.

“God has been with this family so much,” he said. “It was a true blessing.”

Because of mounting medical bills and her parents having to be away from work to care for her, Potts has set up a Go Fund Me account for the family. As of Easter, it has already received 72 donations to reach $5,130 of its $7,000 goal. Doctors have prescribed special shoes for Izzy, which will be another major expense.

Stephanie has taken indefinite leave without pay from her jobs at Head Start and the Boys & Girls Club in Forsyth to stay with Izzy, who will need her for many months even after she comes home. Justen returned to teaching last week. He said his co-workers have been wonderful, and the middle school baseball parents have been very supportive. He especially expressed appreciation to Annie Biers, Melissa Mixon and Ansley Hunt, baseball mothers who have started fundraisers and have made themselves available to help the family through the last few weeks.  “Bulldog Strong for Izzy” T-shirts are available for $15 featuring the pediatric stroke awareness ribbon and butterfly with Mary Persons colors incorporated. All profits benefit the Chambers family. To order, call 468-365-8028 or email anniebiers@gmail.com. There is also a bracelet fundraiser at the school. Other parents have been driving Caspian to his travel baseball team practices and games.

Justen began teaching at MCMS with the start of the 2019-20 school year. When asked by the Reporter at new teacher orientation why he wanted to teach at Monroe County Schools, he wrote, “This is a culture that I want  to be a part of. This is where I want my children to grow up.” He responded to a question about what he enjoys doing away from work by saying that he spent all of his free time with his wife and their three children, much of that time at baseball fields watching his son play.

Izzy’s parents and extended family have been learning a lot about pediatric strokes, which are rare but not as unusual as one might think. Stroke is among the top 10 causes of death in children; it occurs more often in infants than older children. It is a type of blood vessel disorder that can be caused by genetics or by an injury, like a fall. Reportedly Izzy had no health concerns before the stroke. Essential to recovery from a stroke is quick medical attention, and Izzy was rushed to the hospital where she received treatment even though it took testing and several day to receive the stroke diagnosis.

Potts has helped organize a big yard sale on Saturday, April 10 at the United Bank parking lot in Barnesville, where Izzy’s grandmother, Christine Moore, some other family members, and many friends, live. The event will be from 8 a.m.-4 p.m. There will be hamburgers, hot dogs, barbecue plates and more for sale, with everything handled according to safe distancing and other COVID-19 guidelines. There will be many new items for sale, and some items will be sold by auction.

Potts said the purpose of the yard sale and other fundraisers is two-fold: to help the Chambers family with a myriad of expenses and also to help raise awareness of pediatric strokes, which can be deadly. He wants parents to know that strokes happen to children. It is important to pay attention to children, recognize the signs of a possible stroke and get medical attention as quickly as possible. Call Kenny Potts at 678-673-9585 to donate items for the yard sale or for more information. There is also an account at United Bank set up for donations to Izzy’s family. Donations can be made at any branch.

“There is so much information I wish I could send and share with you concerning Pediatric Strokes,” writes Potts. “Isabella has always been a very energetic outgoing child. Loves everyone, loves her family and friends. Isabella is so frustrated by this event due to the fact that she can not get her right arm to do anything at all, which I think is due to the fact that she has always been so independent and doing things on her own.”

Justen said Izzy is struggling to regain the skills she lost, including speaking and thinking clearly. She can remember some about the day at the ball field now, at least that she began to feel funny as she was walking the puppy. Doctors haven’t found Izzy to have any other health problems and are focusing on healing the damage from the stroke. Because strokes affect the brain, it may even change Izzy’s personality. The family faces many unknowns in Isabella’s journey but is just praying for her recovery.

Potts said he plans to put together a book for Izzy to help her know about all the outpouring of love for her from the community. He knows that she will have questions about all that happened during “Isabella’s Journey,” and he wants her to be able to look back and see how far she goes and all the people who cheer for her along the way.