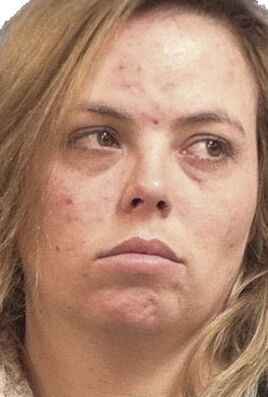 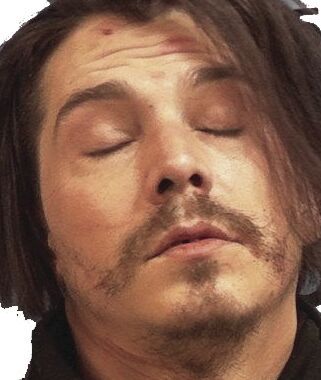 Sheriff Brad Freeman says a Tyrone couple is lucky to be alive after stealing a tractor trailer from Buice’s Garage, leading Monroe County deputies on a high-speed chase on I-75 and having its tires shot out before they were finally apprehended.

Buice’s Garage had impounded the stolen 18 wheeler after it was involved in a wreck in Lamar County around Dec. 24, said Jarrad Duncan of the Monroe County sheriff’s office.

But on Jan. 6, the Tyrone man who had originally stolen and wrecked the tractor trailer apparently tried to steal it a second time from Buice’s, located on Town Creek Road in Forsyth. Here’s what happened, according to Duncan: a Buice’s tow truck driver had arrived around 10 p.m. to get a tow truck for a wreck when he noticed a tractor trailer’s engine running in the impound lot. That’s when he called Monroe County deputies. When deputies arrive, Justin Crump, 34, of Tyrone, hit the gas and drove the tractor trailer through the gate and headed to the interstate. Crump took I-75 south as deputies pursued, shooting out the tires on the tractor trailer. Still, Crump kept going on the rims all the way to Hartley Bridge Road in south Macon before deputies shot out the radiator and the 18 wheeler finally exited and stopped.

“We can’t just let that go,” said Duncan. “He’s liable to kill someone.”

Crump’s apparent wife Erin Crump, 28, also of Tyrone, was charged with burglary and theft by taking.

Duncan said he thinks the suspects had a drug problem and he said the investigation is continuing.