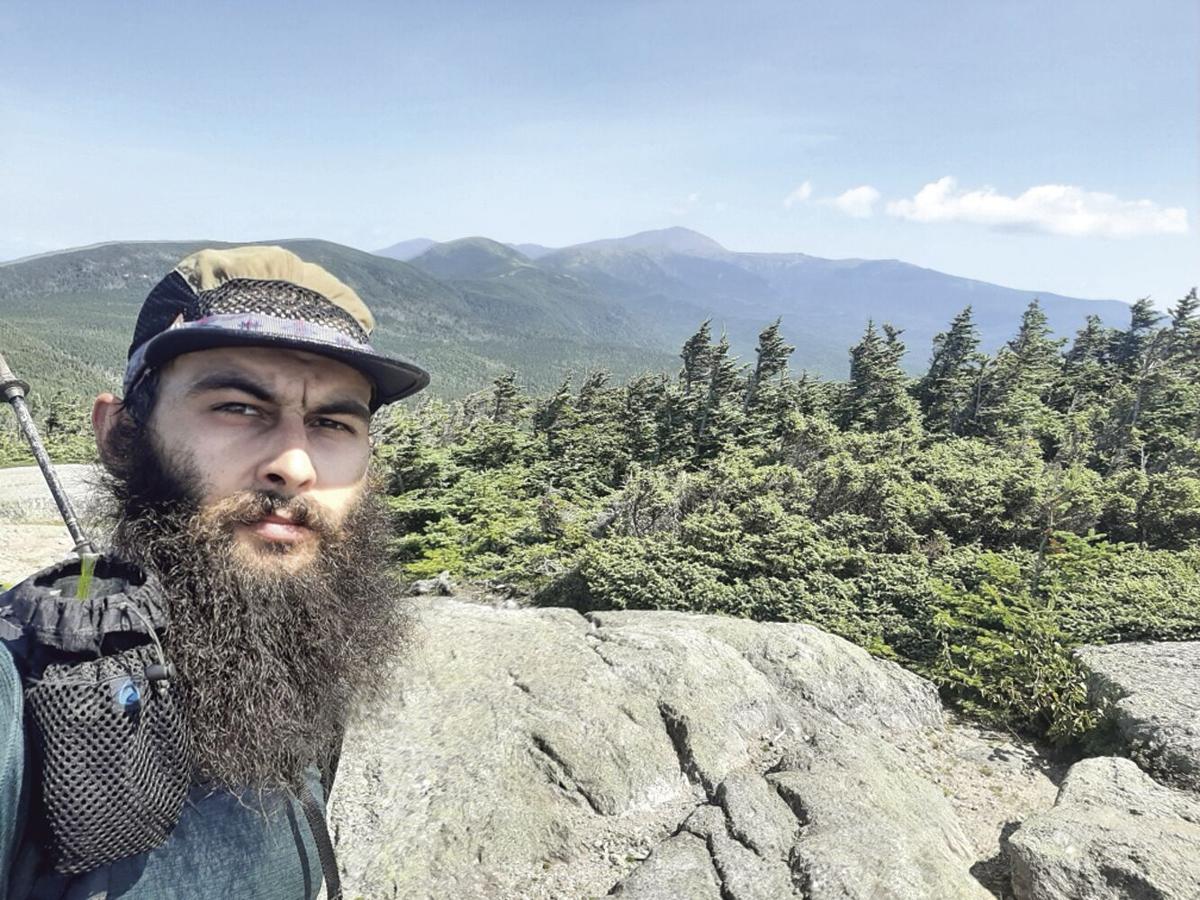 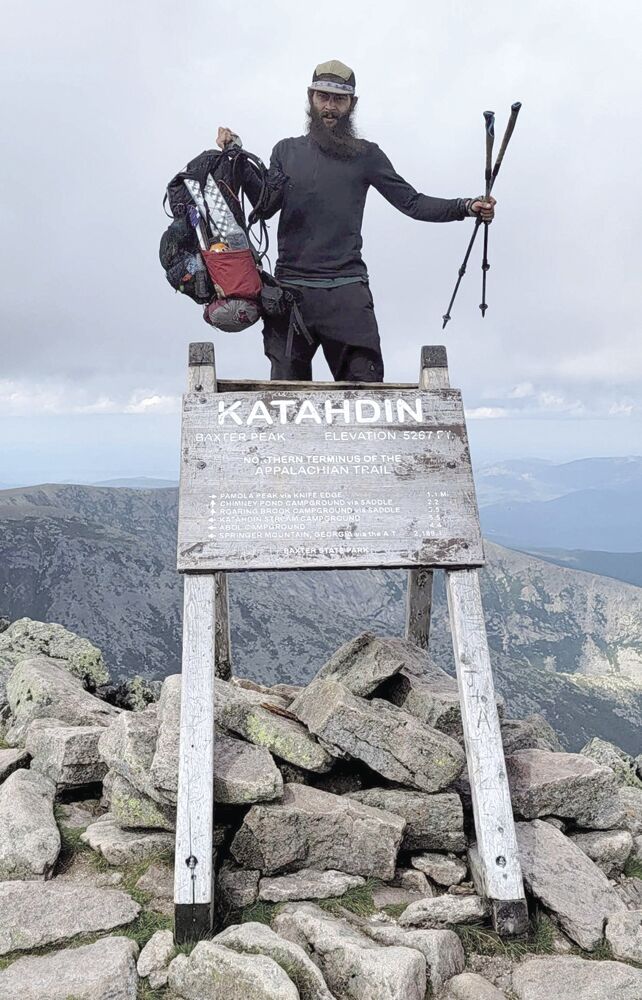 A Forsyth man recently completed an incredible feat by walking for 143 days through 14 states starting at Springer Mountain, Georgia to Katahdin Mountain, Maine, the entire length of the Appalachian Trail. Tyler Sakir, a 24-year-old mechanical technician with two young sons, went through 6 pairs of shoes completing the hike on the world’s longest footpath that stretches for 2,193 miles.

As an Eagle Scout , Tyler had hiked sections of the trail and always wondered what was further down the path. Then this past April 10, he went to see for himself. He said his training as a Scout taught him how to be comfortable in the woods and the walking and camping were nothing new. He has been hiking on his own for around 13 or 14 years and knew what he was getting into before he started the trip.

To hike an average of over 15 miles a day, he had to travel light. He carried only his sleeping bag, an inflatable mat to sleep on, a set of clothes for hiking, and a set of clothes for sleeping. He started off with an extra pair of socks but got tired of carrying around a pair of dirty, wet socks in his backpack and trashed them early on. He went without a camping stove and ate a lot of granola and so much peanut butter that he doesn’t think he’ll ever eat it again. He also ate a lot of tuna and chicken packets until he started to develop the symptoms of fat starvation and switched to eating pork jerky and other fat-rich foods. He also ate a lot of blackberries in the South but once he crossed the Mason-Dixon line, blueberries were in abundance. He carried a water purifying kit, and there were many days when water was scarce.

For the most part, the weather was good, but if you’re living outside, there are bound to be some bad days. Hurricane Ida crossed the mountain range finally filling streams and creeks that had been mostly dry during the duration of his trip.

Although a few shelters were closed due to COVID, he saw only a few people wearing masks while hiking. He met a lot of people from all over the country and around the world in the wilderness. He even made a friend from the United Arab Emirates with who he plans to stay in contact.

Hikers of the AT have a tradition of using nicknames (called trail names) usually bestowed upon them by fellow backpackers. Most often, the name has some connection to a hiking experience or to the hiker's life and since he is from Georgia, Tyler was tagged with the name of “Peaches”.

Near the end of the trail in Vermont, he climbed an abandoned fire tower to take pictures and discovered another hiker was at the top and asked him to take a photo of him with the beautiful mountain scenery in the background. But when he stepped back in position for the shot, he accidentally stepped into the hole of the trap door and fell through the opening. Luckily, he was able to grab himself before he went all the way to the ground but injured a knee in the process.  The pain got intense after a couple of days, but he was determined to make it through one more state and pushed himself to the end.

He saw a lot of bears in the woods during his trek but never had any real confrontations. He once watched a young bear sneaking up on a group of people having a meal and warned them in the nick of time. There was a suicide/murder committed on the trail during his trip which caused authorities to shut it down for a while for cleanup, but other than that, he heard of no crimes committed and he felt reasonably safe during his travels.

His mother regularly sent him general delivery care packages that he picked up at post offices on the way and, surprisingly, cellphone service was reasonably good, and he was able to keep in touch with friends and family. He also used his phone to take thousands of pictures that he’ll cherish for years.

His father, Firman Sakir, joined him for his final climb up Katahdin Mountain and on Aug. 31 took a photo of his son on the mountain peak after completing a trip of a lifetime. Now that he has finished the AT, Tyler says he would also like to conquer the Continental Divide Trail and the Pacific Crest Trail to earn what is called the Triple Crown of Hiking.