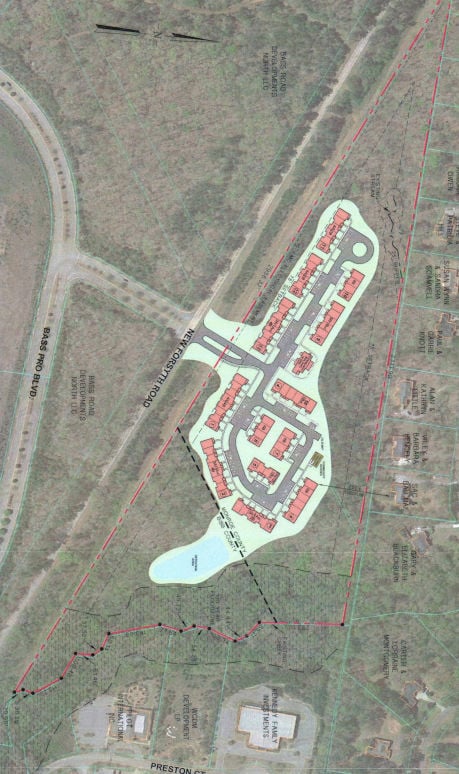 Nearly two years after Monroe County turned down an apartment complex on New Forsyth Road, the developer is back hoping for permission to build a senior living community on the same 18-acre tract.

Wilkerson Group of Lubbock, Texas is asking the county for a conditional-use permit allowing it to build 76 units of multi-family housing, this time for people over 55 years old. The project is now called New Forsyth Road Senior Village in documents submitted with the county.

Commissioners had rejected a similar development on the property back in May 2018 after hundreds of area residents, including many from the adjacent Cross Creek subdivision, expressed opposition. Opponents worried that the government-assisted housing would bring crime and hurt property values in the upscale residential area.

Wilkerson Group filed a civil rights suit against Monroe County in October 2018, saying the decision was discriminatory. It dropped the federal lawsuit in March 2019.

Commissioner John Ambrose, whose district includes the property, said he thinks commissioners will likely oppose the project again, even if they say it’s tailored for seniors this time.

“All it’s going to be is another way to get section 8 (government subsidized) housing,” said Ambrose.

The proposal is expected to go before the county zoning board at 5:30 p.m. on Monday, March 30. Commissioners would then have the final say at 6 p.m. on Tuesday, April 7.