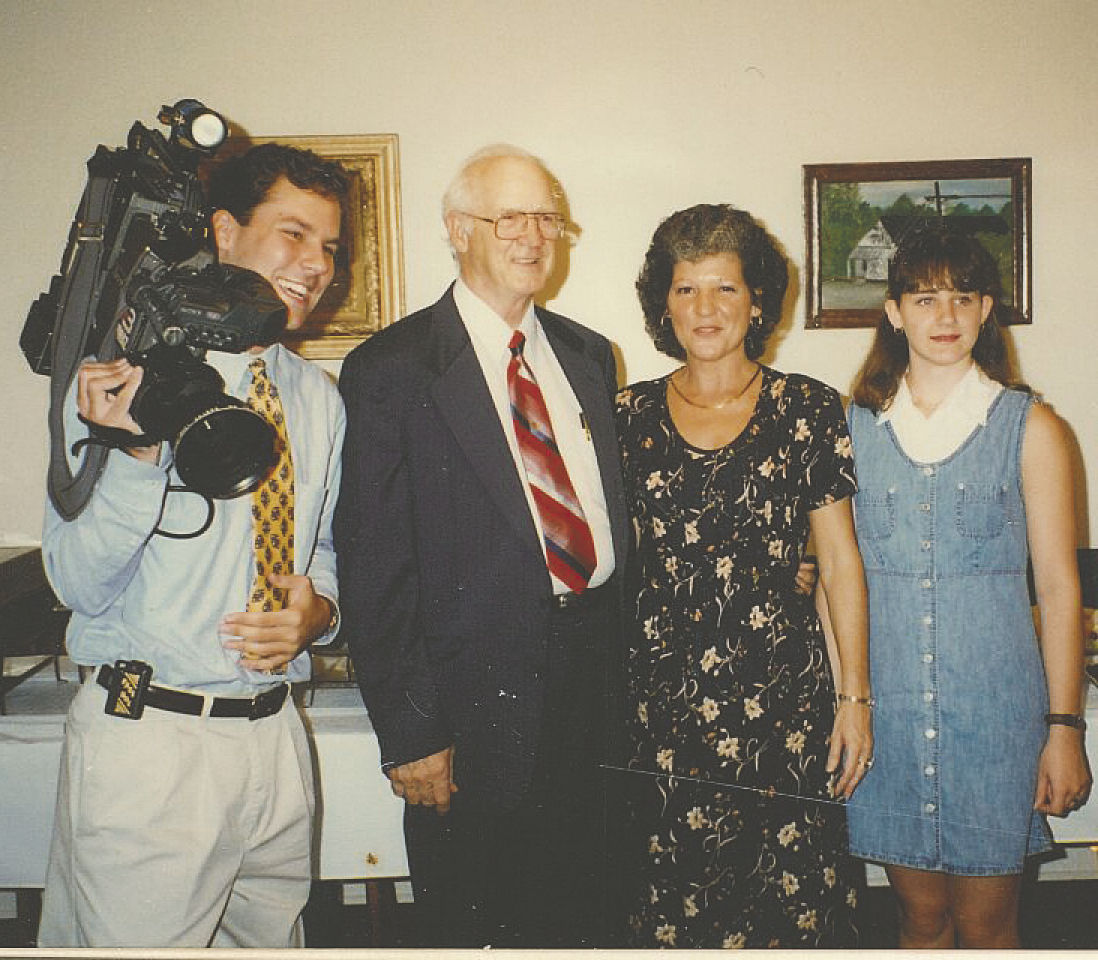 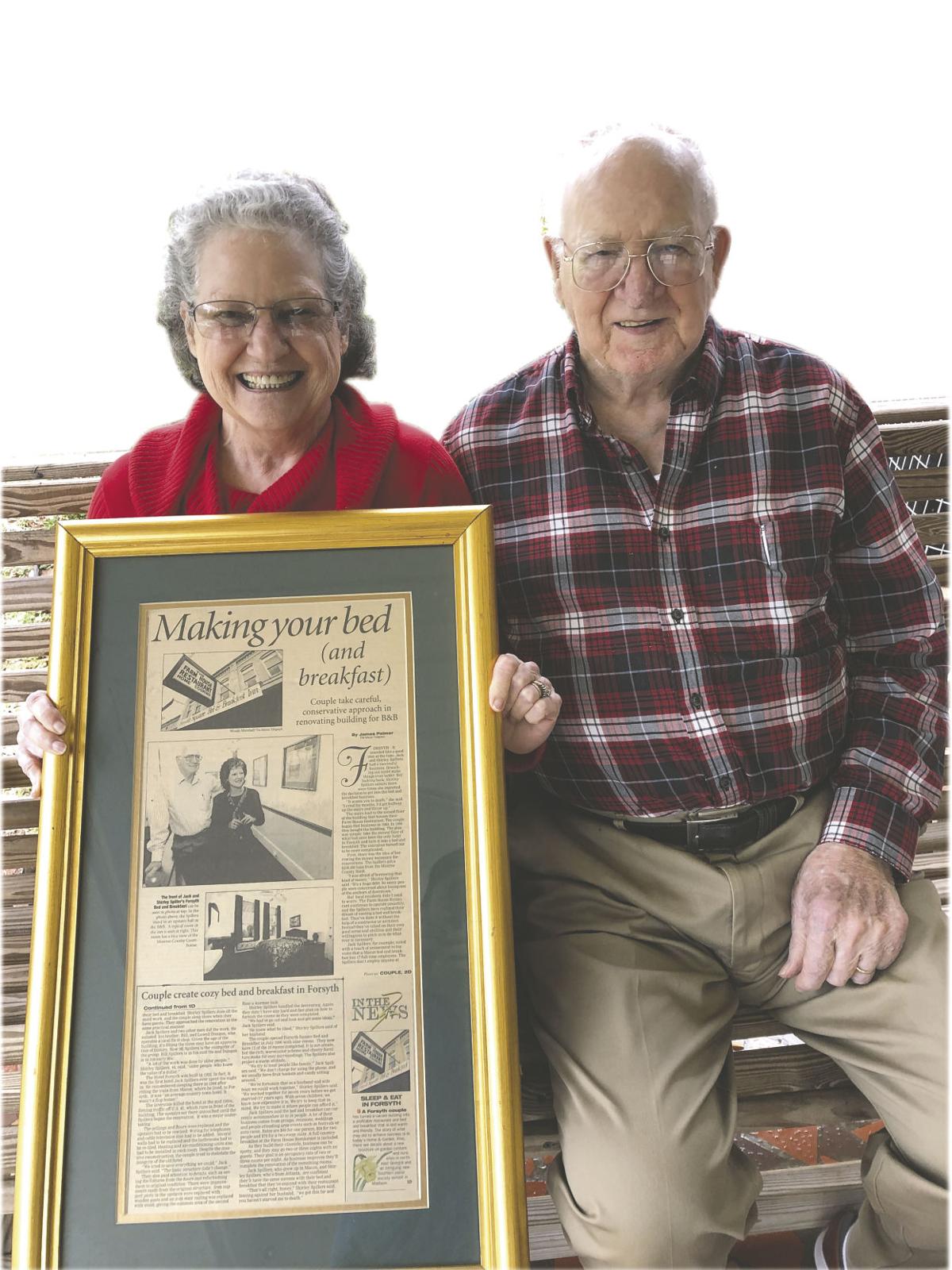 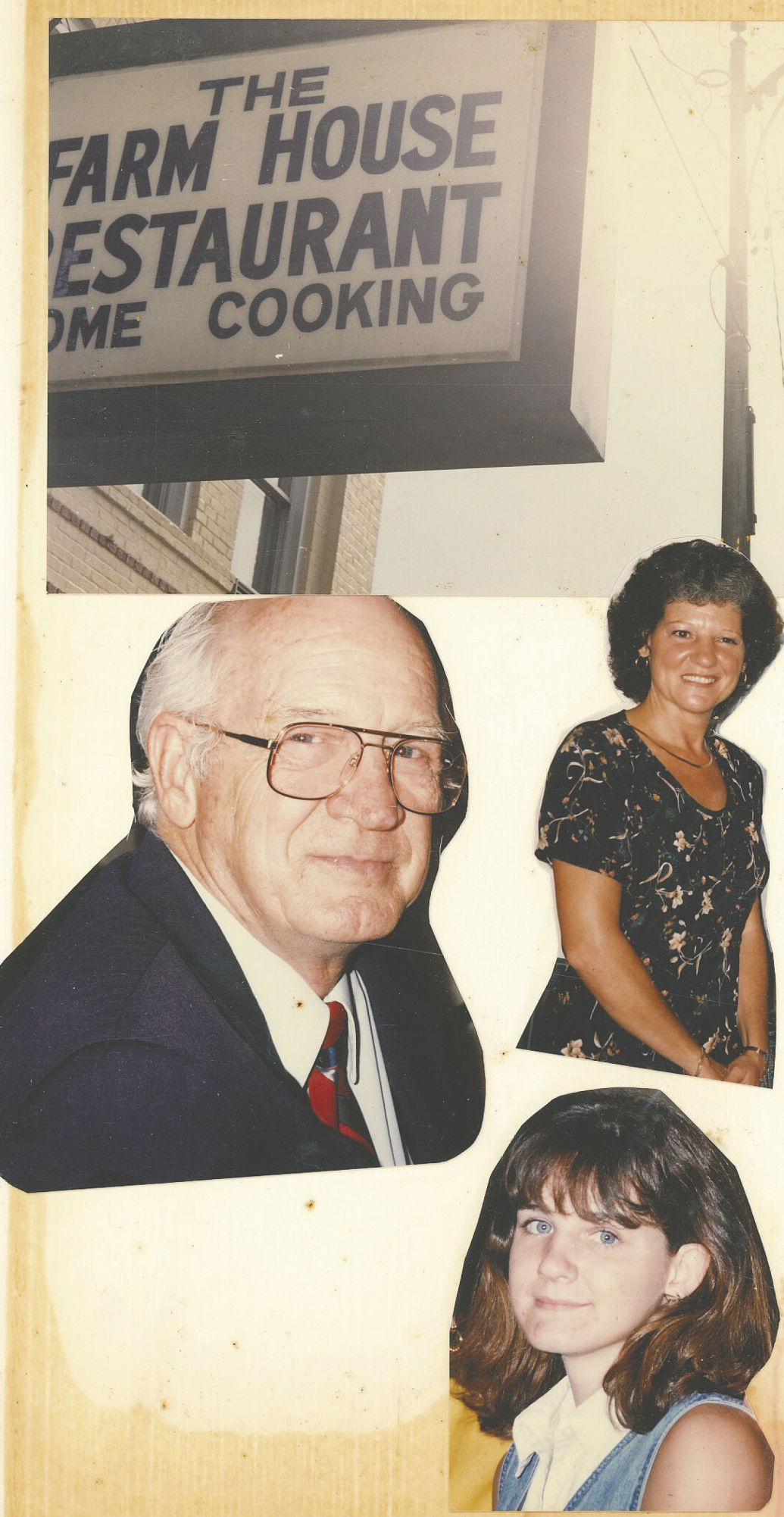 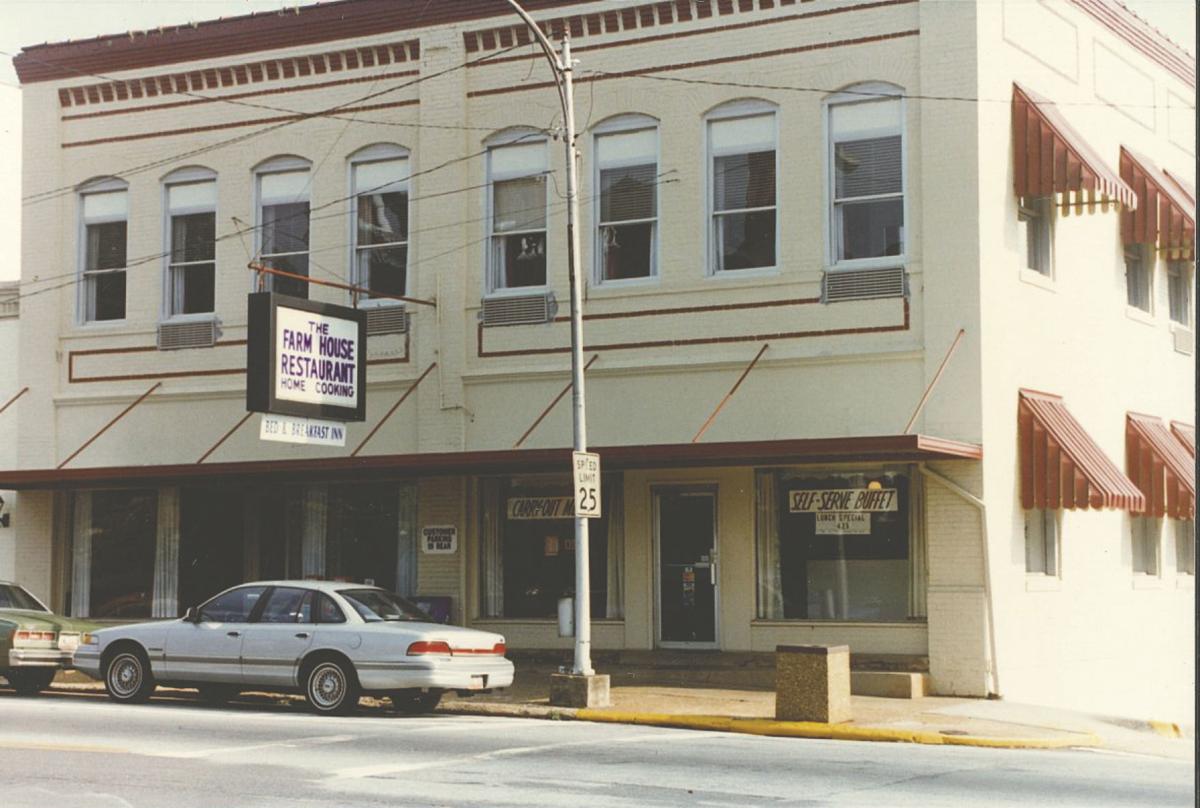 Jack Spillers of Forsyth marks his 90th birthday this week, and he and his wife Shirley used the milestone to reflect on their lives in Forsyth, especially the 18 years they made their Farm House Restaurant the city’s gathering place on the courthouse square.

“We loved it, and the people loved it” recalled Shirley Spillers. “It was like that show ‘Cheers’, a place where everybody knew your name.”

Jack and Shirley moved to Forsyth in 1982 after Jack lost his job in Cocoa Beach, Fla. They had stopped in town just to visit Jack’s sister Minnie King, with plans on moving to Texas. But with his mother in Macon and hers in Atlanta, they wound up staying here and never left.

Jack Treadwell, then owner of the  Holiday Inn, first hired Jack Spillers to run his restaurant, Leland’s. That lasted about a year until a real estate friend in town told Jack Spillers that Lamar and Jenny Crutchfield were ready to sell their Farm House Restaurant on the square. Spillers bought it then and there, and went home to tell his wife what he had done. Their lives would never be the same.

Jack and Shirley had heard that Forsyth was a clannish town that wouldn’t accept them. But they never felt that way. Instead they were embraced by their customers, some of whom hung out at the Farm House all day.

“Everyone knew everyone,” said Shirley, “but they included us too. I guess we just forced our way in.”

Two regulars were Martha Murray, whose husband, another Jack, had an insurance agency, and Mary Wade Mitchell, who practiced law with her lawyer husband. Neither, however, was above grabbing a bus tray and helping clean tables when the restaurant got busy.

Another regular was Ed Jensen. He was there so often that when his physician, Dr. Craig Caldwell, couldn’t get Jensen to take his anti-seizure medication, he finally called Shirley Spillers at the restaurant. She agreed to help and wound up giving Jensen his medicine every morning at breakfast, and then gave him his afternoon pill too after lunch.

Jack Spillers, a political conservative, said he would tease Jensen as being “the only Democrat in Forsyth”.

One day, Jensen didn’t show up at his normal time and Spillers, who was also a pastor, went to check on him at home.

When Jack arrived, he found Jensen sprawled out on the ground outside his home.

“Are you dead, Ed?” Spillers asked.

“Hell no!” replied the salty Jensen. “I just went out the wrong door and fell.”

Jack and Shirley made a good team, with him in the back running the kitchen and her running the front end.

The Farm House offered a good old-fashioned meat and vegetable buffet-style meal that was very popular with the locals. The favorite entree seemed to be turkey and dressing, recalled Jack. The restaurant hosted the Kiwanis Club every Tuesday and catered for as many as 5,000 at Rock Ranch, the Upson County retreat belonging to Chick-fil-A founder Truett Cathey. In fact, Cathey was a regular at the Farm House, and Shirley recalls entertaining the children that Cathey was adopting while he met with lawyers to hammer out the details.

Karl Hill, the late owner of Monroe County Bank, not only helped finance the restaurant but was also a regular customer.

Many times, said Shirley, the absent-minded Hill would park in front of the Farm House, come inside and eat, and then walk back to the bank.

“Then he would call and say, ‘Is my car parked out front? I can’t remember where I left it,’” laughed Jack.

One time Hill made a big plate of food, got to the register, and fumbled around in his pockets before the Harvard-educated banking heir confessed he didn’t have any money. The clerk waved Jack over to ask what she should do.

“Well,” Spillers smiled at Hill, “I always have to sign something at the bank when I take a loan, so sign this, Karl.”

Hill gladly signed, but Spillers wasn’t done. He noticed his yard man was in line behind him and called him over.

“I need you to co-sign this note,” Spillers told him. He did, and they all had a big laugh.

There were other characters too.

Wilma was a little, old black lady who walked around Forsyth in only a bathrobe and slippers and liked to visit the Farm House. Since she wasn’t really dressed, Jack would often meet her at the door with a free to-go plate just to keep her from going hungry. One time she opened the to-go box, looked down and then looked back at Spillers.

“Well Wilma it’s all I’ve got!” said an exasperated Spillers.

Then there was “Shorty”, the midget who worked for the Farm House. Shirley Spillers would often go pick him up from his Sharp Street home for work. One day she went and they were tearing down his home, having stripped the siding down to the studs. Nevertheless, “Shorty” was still lying in bed sleeping even though his house was being demolished.

“Get up and come on Shorty!” Shirley yelled.

Then there was the legendary Sammy Martin, the man with the speech impediment who greeted all visitors to Forsyth by trying to give them “d-d-d-d-ddirections”. He ate at the Farm House all the time.

Besides the colorful characters, there was the dedicated employees who helped make the Farm House a success.

The Farm House wasn’t just a business, though, as Jack and Shirley raised their eight children in the restaurant. Jack had six older children from his first marriage and Shirley had one, Crystal, and then they had one, Pam, together.

Shirley recalls her friends teaching the girls table manners in the restaurant while she worked.

“It was the biggest blessing,” said Shirley. “They were raised on the courthouse Square, and they couldn’t get away with anything.”

The Farm House thrived and eventually their landlord Howell Newton sold them the building, and so in 1995 they were able to do renovations and open the Forsyth Square Bed and Breakfast upstairs. That prompted a nice profile in the Macon Telegraph.

Jack and Shirley Spillers finally sold the Farm House to the Mock family in 2000 when Jack turned 70. A few years later Art Rauscher bought the building and brought back the restaurant and inn’s original name as the Royal Palm. It closed and now Otis Ingram owns the building and Fred Collins operates Minori’s  Italian Ristorante there.

They noted Forsyth doesn’t really have such a place right now. Yes the town has changed with newcomers and growth. But Jack and Shirley say if the right person dedicates themselves to creating such a place, it could happen again.