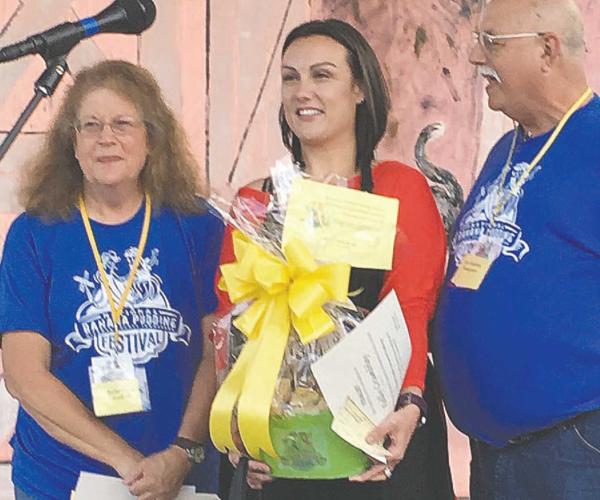 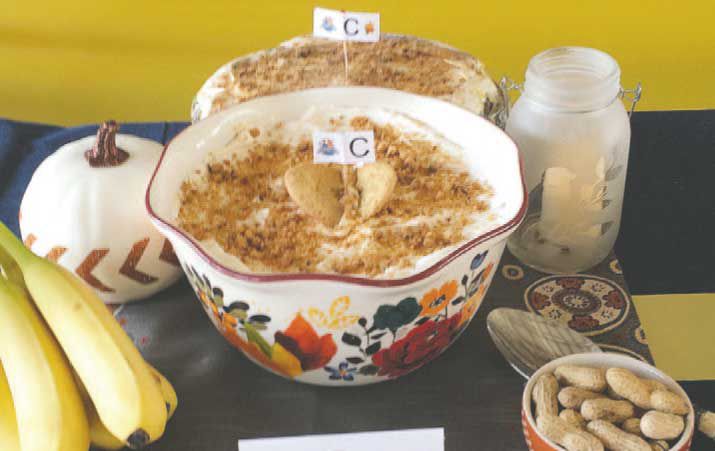 It’s official. Forsyth’s Kelly Crumbley makes the best banana pudding not only in the state but in the nation. She won first place at the National Banana Pudding Festival in Centerville, Tenn. on Oct. 1.

The young wife, mother of two and Monroe County school bus driver won the state title for her version of the classic dessert at the Banana Pudding Festival in Irwinton, Ga. on April 30. She entered that contest with the encouragement of her husband, Josh, because her mother lives near Irwinton and she anticipated a pleasant family weekend, not because she expected to beat out 11 competitors.

Since the state win, Kelly has practiced her winning recipe since spring, to the delight of neighbors and friends who volunteer to taste test, and on Saturday she proved she was ready for the competition.

“I honestly didn’t think I had a chance of winning the National title!” said Kelly. “I was very nervous, but everything went as smooth as it possibly could.”

The 10 contestants at the National Banana Pudding Festival had about an hour to cook, assemble, clean up and present their pudding to the three judges, one of whom is a chef who has his own cooking show in Knoxville. The judges evaluated texture, presentation, originality, overall flavor and other elements of the puddings.

Kelly said the competition began at 9 a.m., judging began at 11:30 a.m. and then she waited anxiously until 1:30 p.m. when the contestants were called to the stage to announce the winners.

For her winning Peanut Butter Banana Pudding, Kelly took home $2,000 cash, a big gift basket full of goodies and a handmade clay pudding pot, which she says is her personal favorite.

“Such a proud moment!  Making all of our hard work and effort worth it,” she said.

Kelly’s award-winning banana pudding recipe began with one she found on the back of a package of Nutter Butter cookies when her son, who is now in fourth grade at T.G. Scott Elementary, was small. She has tweaked it to move away from commercial cookies but still garnishes it with crumbled peanut butter cookies atop whipped cream.

The topping on the weekend was beautiful weather and a fun time at the festival with family, including her husband, daughter and son.