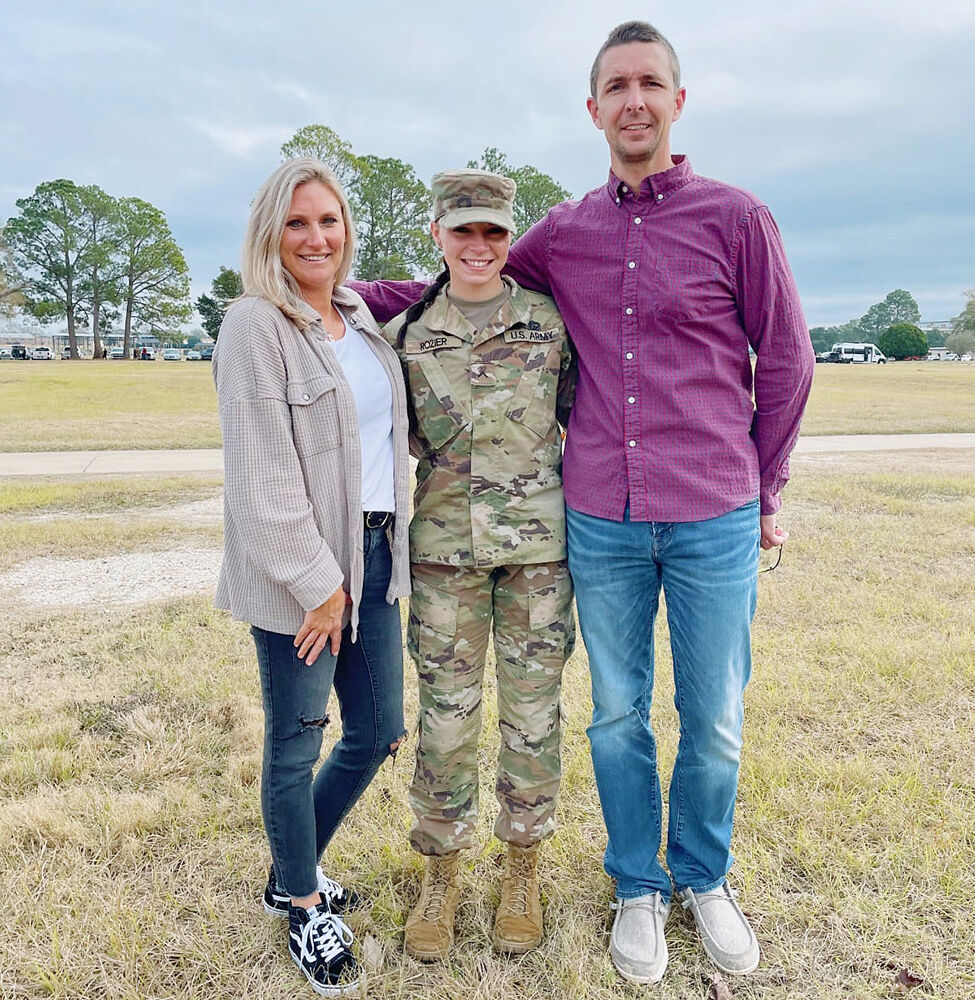 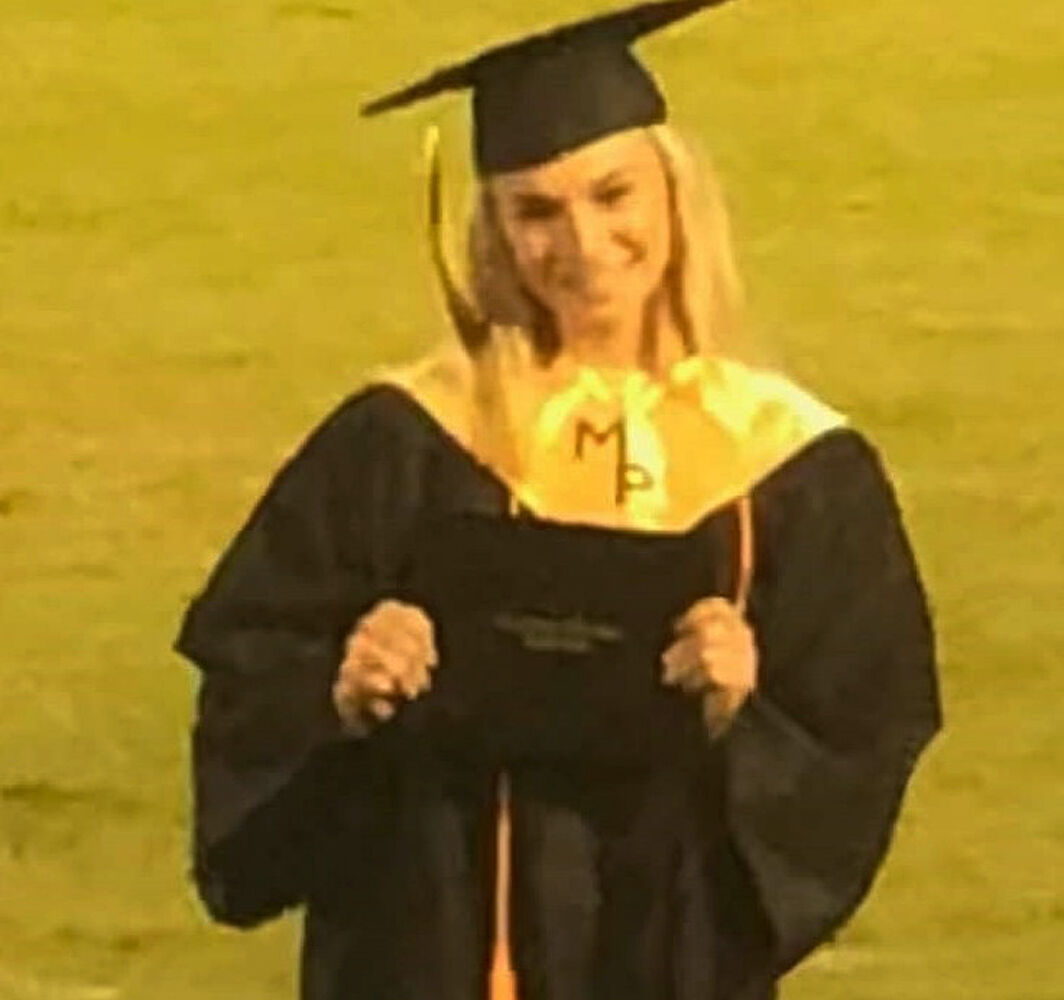 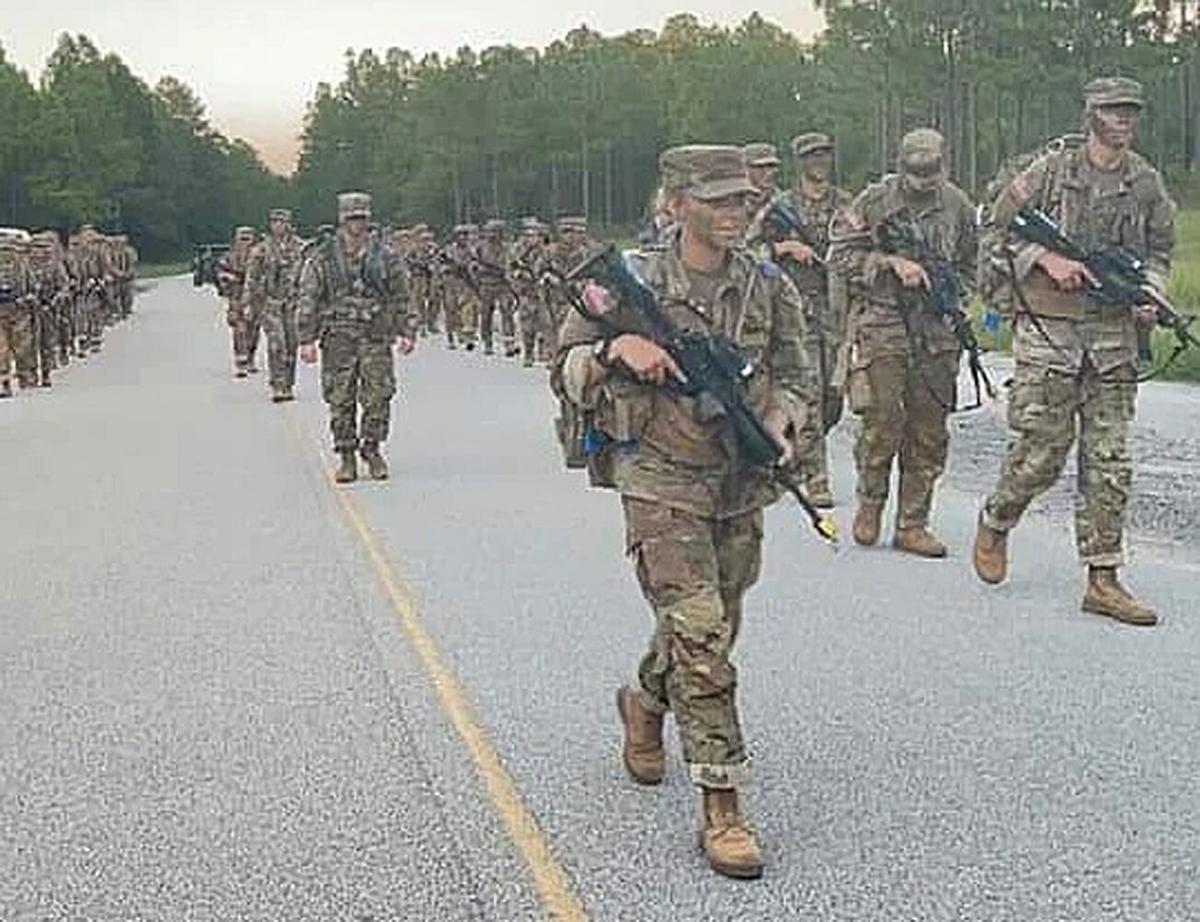 “Geronimo!” is the battle cry of Army paratroopers. Paratroopers have a proud, 80-year heritage in the military. The concept of parachuting soldiers into enemy territory was first used on a large scale during WW II. The ability to conduct a forced-entry with thousands of combat soldiers deep behind the lines, seize and hold terrain, provides a strategic advantage to any country able to execute such an operation.

Paratroopers are a cut above regular soldiers; primarily because they volunteer to do something dangerous that requires bravery, determination, and a bit of Hoooaaaahhhhh! Paratroopers are trained to exit a perfectly good aircraft, into unknown conditions, oftentimes at night, with a full load of combat equipment. It takes courage to overcome one’s fear; and jumping from 1,250 feet, engines roaring, into dark skies can be very scary. However, that’s how you earn the coveted title “Army paratrooper.”

Alissa graduated from Mary Persons last May. She enlisted in the Army and was sent to Basic Combat Training (BCT) at Fort Jackson, SC. BCT is a new recruit’s introduction to the Army. It’s the drill sergeant - in person and in your face. “For the next eight weeks I’m your mommy, your daddy, and your preacher. I’ll tell you what to do and what to think. When I say jump, you jump. Now, do push-ups you maggots, and stop crying.”

All Army recruits go through the same 10 week BCT. Next they undergo advanced individual training in their chosen military occupational specialty (MOS). Alissa’s MOS is 13R – Firefinder Radar Operator for the field artillery. Training for all field artillery MOS’s occurs at Fort Sill, so it was off to Oklahoma for eight weeks. At Fort Sill, Rozier was trained on and qualified on the AN/TPQ-50 radar. The Q-50 radar detects incoming indirect fire, such as mortar, artillery, and rockets. Using advanced software, it quickly triangulates the originating point of any incoming indirect fire so that U.S. forces can return fire and destroy the enemy. After her time in Oklahoma, Alissa had one final hurdle – paratrooper training at Fort Benning, Ga.

Rozier reported to Airborne School in late November for the 3-week training. The first week of jump school is called Ground Week, and just what it implies, you spend a lot of time on the ground – as in practicing parachute landing falls (PLF). Students jump from platforms of various heights into sawdust pits, each time trying to execute a good PLF – which are practiced again and again and again. The second week is Tower Week with training moved to a 34-foot tower in which students jump from a mock aircraft and swing down a zip-line device – that simulates jumping from an actual aircraft. When not jumping from the 34-foot tower, the “black hat” instructors have students practicing more PLFs. Training culminates in week three - Jump Week where the students make five parachute jumps from an Air Force aircraft, usually a C-130. The final jump is a full combat equipment (100 lbs+), night time jump.

Rozier said the hardest part of Airborne School was the 5-mile runs; make the runs or you’re out. Asked about her parachute jumps, she said, “It was fun. I wasn’t really scared. My adrenaline was pumping like crazy. When I was in the air, I was really focused on making sure all my equipment was in good condition. My combat jumps, the landing was pretty hard.” Having completed jump school, Rozier is assigned to the famous 82nd Airborne Division at Fort Bragg, NC.

The U.S. military is able to project force around the world. The Air Force has strategic bombers, the Navy has aircraft carriers, and the Army has Ranger units and the 82nd Airborne. Our adversaries know our capabilities and because of that, we are seldom tested. If we are, units like the 82nd can deploy thousands of paratroopers to all parts of the world, within hours, to defend our nation’s interests. Those of us here in central Georgia can sleep better knowing that brave soldiers like Pvt Rozier are ready, able, and willing to put their life on the line to insure our freedoms. Welcome to the brotherhood of arms. Keep your feet and knees together.

Sloan Oliver is a retired U.S. Army officer.  He writes monthly articles about the Bolingbroke community for the Reporter. Email him at sloanoliver@earthlink.net.