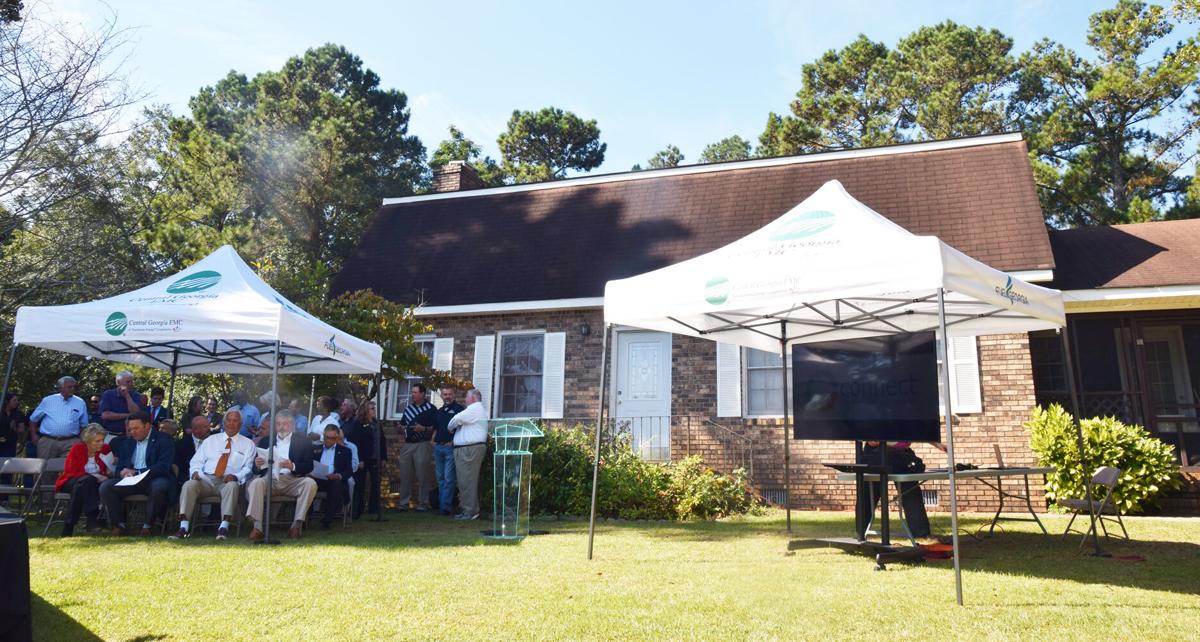 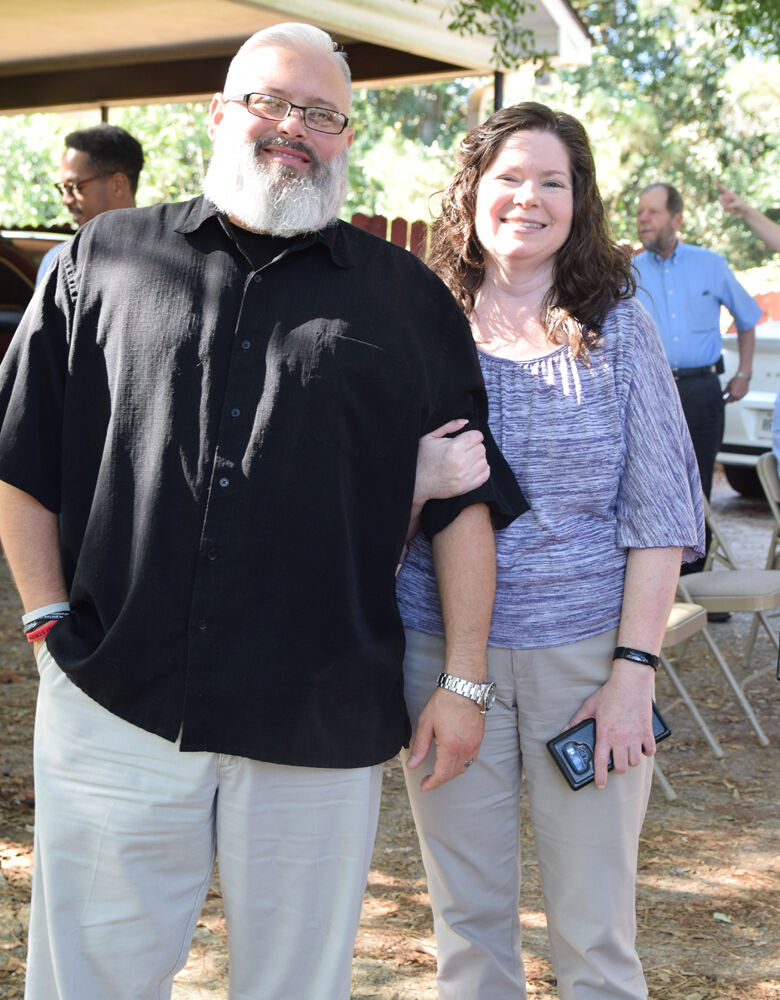 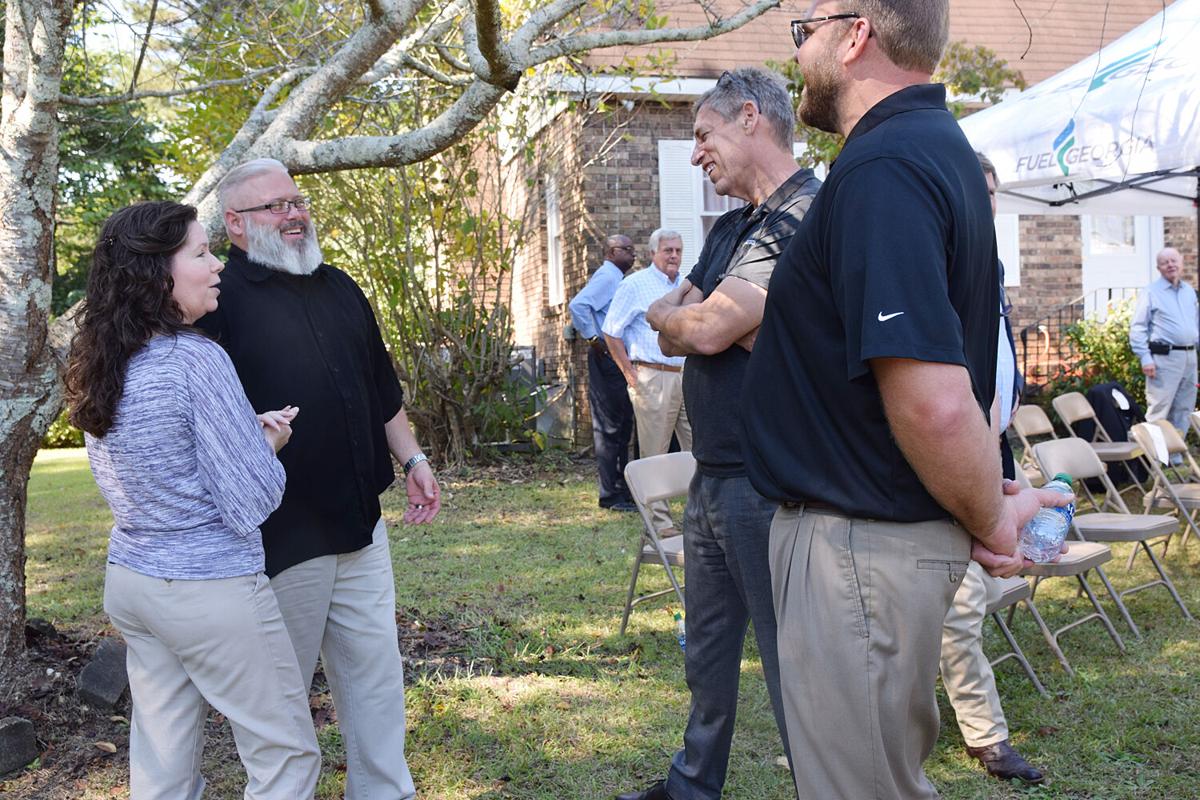 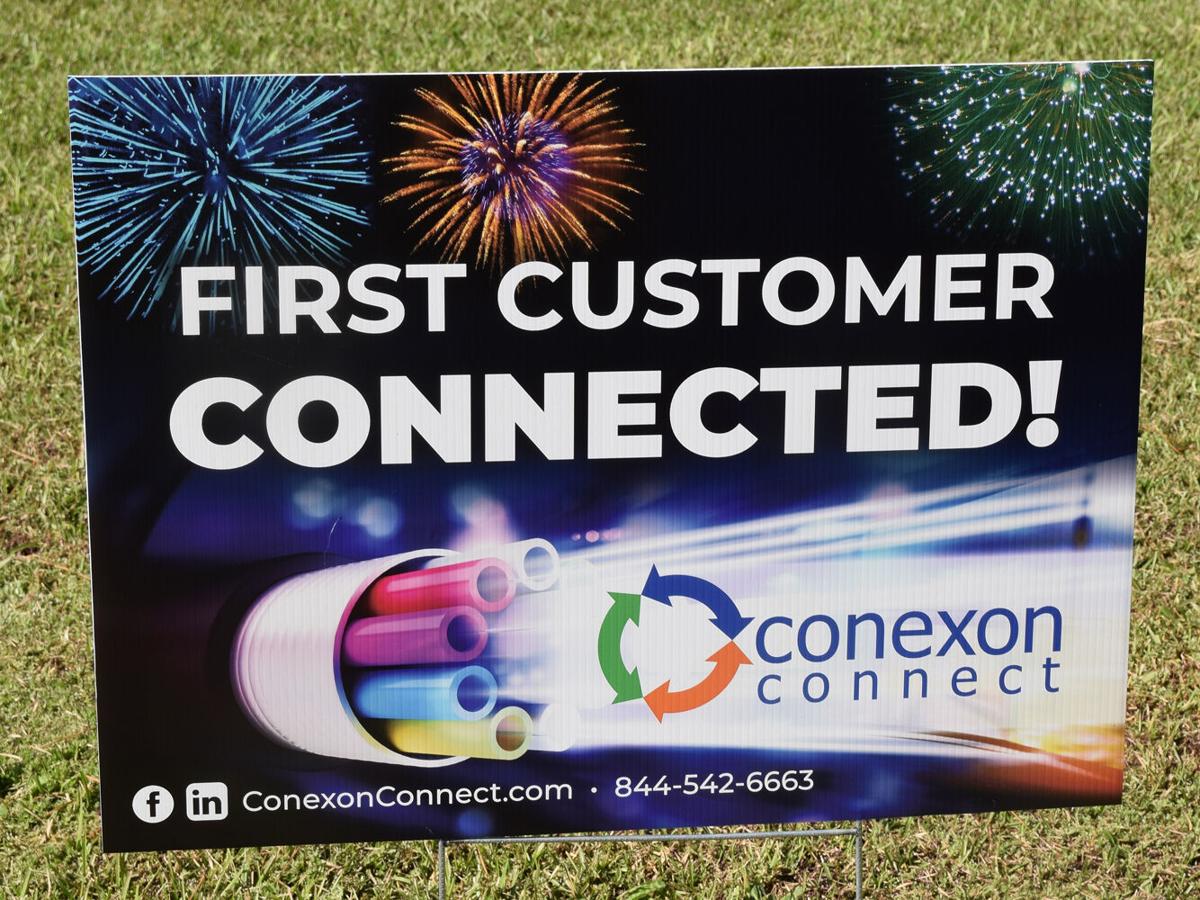 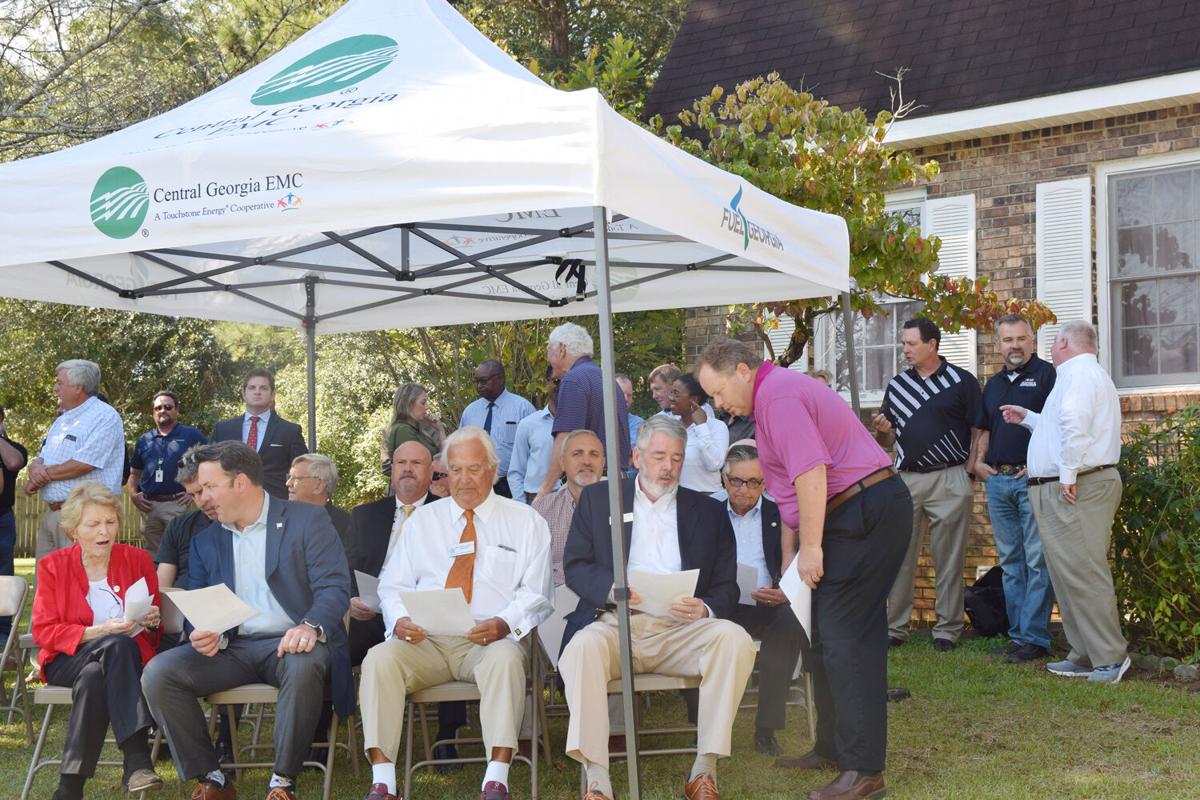 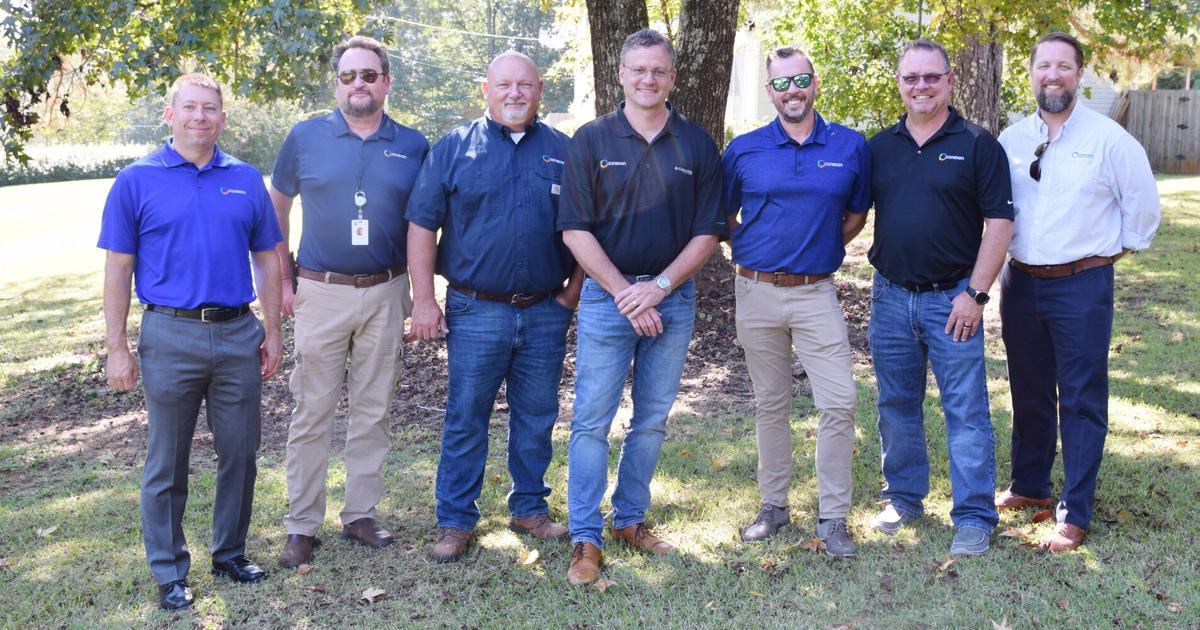 A group of partners celebrated their success on Tuesday, Sept. 28 as high speed internet reached the first home in Monroe County as a result of the agreement announced in February between Central Georgia EMC, Conexon, Monroe County Board of Commissioners and Monroe County Schools. Representatives of these collaborators plus legislators and representatives of the Georgia Public Service Commission and other state offices converged on the home of Barbara and Jeff Dean off Juliette Road to celebrate the first fruits of their planning and work.

Conexon partner Jonathan Chambers said the Deans will now have 500 times faster download and 2,000 times faster upload. He said they will have 2 gig/second downstream and upstream, which Chambers said is the best service anywhere, not just in rural Georgia. Conexon is the company chosen to partner with Central Georgia EMC to bring internet to all of its 60,000 customers in the counties it serves. The agreement also includes Southern Rivers EMC, which has customers in Monroe County and other counties.

Efforts for bring internet to rural Georgia got legs with the passing of Senate Bill 2 in 2019; It opened the door for EMC’s to look at forming partnerships to bring broadband to its members. Chambers, who is based in Washington, D.C. said that bringing internet to rural customers has been his goal for a number of years. He was chief of the Federal Communication Commission’s Office of Strategic Planning which the U.S. government approved a $50 billion allocation to improve rural internet. He advocated giving the funds to local communities to implement. But instead the money went to big companies, like AT&T, to make sure everyone had “basic” internet service rather than pushing for service sufficient to serve education, health and social needs.

Chambers said he subsequently left the FCC and became a Conexon partner. He said the federal government is now allocating another $50 billion for rural internet and this time to giving the money to the states. He said his advice to Georgia is to give the money to local communities to decide.

“I’m not going to talk about technology,” said Chambers. “The difference comes down to the wires running into the home. You own the fiber network because EMC owns it, and ownership means everything.”

He said that when people own their own services, they take care of them. Customers of EMC’s are members with a vested interest in the equipment that provides service to them.

Chambers said what really matters in the long term is that you’re helping someone. He said that is why he left the Federal Communications Commission; he feels that working to bring internet to rural communities is helping people have better lives and better futures.

Emami said working for internet service in rural Monroe County became personal for him after he stood in line behind a grandmother in a Verizon store as she tried to upgrade her hot spot during the time the two grandchildren who lived with her needed it to connect to school. She was told she would have to wait until the end of the month and then the cost she was quoted was substantial. Her grandchildren were going to lose at least two weeks of school while she waited. He said deciding to get involved as a county wasn’t an easy decision; he thanked his fellow commissioners, especially Eddie Rowland and John Ambrose, and the Board of Education for deciding to invest financially to move forward with bringing internet to rural Monroe County.

“I am so excited Central Georgia EMC led the charge and 18 others have followed suit,” said McDonald. “The need was never more obvious than last year.”