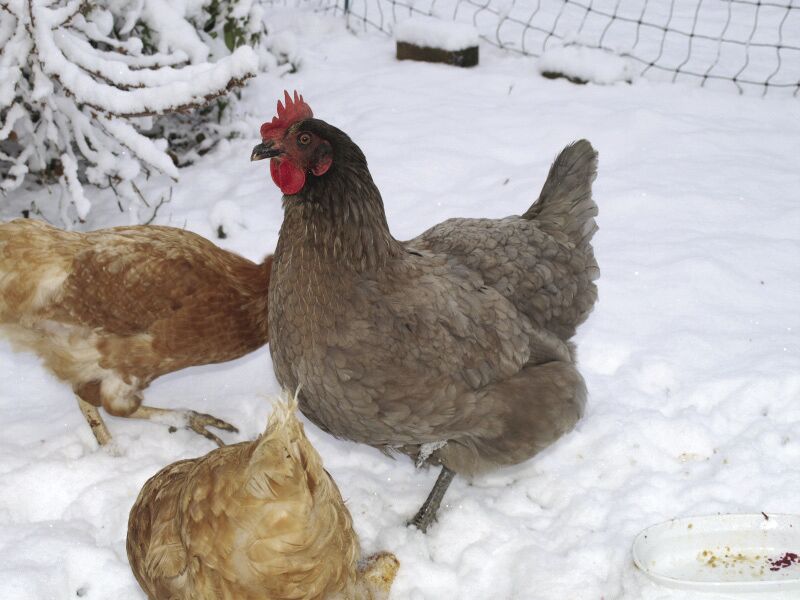 The southern border of the Great American Snowbelt extends from the extreme northeast corner of North Carolina, across the continent along the northern borders of Tennessee, Arkansas, Oklahoma, New Mexico, Arizona, to where the 42nd parallel meets the ocean at California’s border with Oregon. Incredibly, more than half the nation’s population live in this frigid zone where cold is a daily part of life during long, miserable winters. The hardy people living there not only deal with horrible weather, high heating bills, and horrendous driving conditions but also less quality of life than we Southerners. Most Northerners either don’t realize or agree with that last fact.

They laugh at us because we shut down our businesses, government, and schools if snow accumulates more than an inch. It doesn’t even have to stick. Some local authority sees animated snowflakes drifting down on the weather app, declares a Snow Day and everything grinds to a halt. This person knows our vehicles aren’t equipped with snow tires and does this with public safety in mind. They also know we don’t own any tire chains and if we did, we wouldn’t know how to attach them without looking it up on YouTube. Maybe we can’t drive in snow, but I’ll race a Yankee in the mud any day.

I’ve never donned a pair of ice skates and after my last fall at the roller rink, I assure you I never will. I once attempted skiing down a Colorado mountain and the amount of clothing necessary just to keep me warm cost a pile of cold cash. Just as I don’t have any tire chains in my shed, I also didn’t have any snow clothes hanging in my closet as I currently do. I had never skied before and was worried while riding the lift to the top of the mountain that maybe I wouldn’t be able to make it back down, but gravity quickly took care of that worry. Y’all can keep your winter sports. If there hadn’t been any snow, I probably would’ve enjoyed it much more.

Down here in civilized Georgia, if I get a hankering to go fishing, I just jump in the truck and I’m off to the river. If I were up in Michigan or some other iced-over, God-forsaken place, I’d have to load up an ax or grab the chainsaw to cut through a thick layer of ice just so I could drop a line and stand there shivering with ice forming on my face while waiting for a nibble. You can buy a special ice auger to drill a hole 10” in diameter but they’re pretty expensive and heavy and you have to drag it to where you want to fish along with the rest of your gear. Some northern fishermen (fisherpeople? fishfighters?) even have little shacks on sleds they slide out to the middle of a frozen lake where they hang out drinking beer and listening to the radio all day. Sounds okay but no thanks. I’ll stick to my Bud on the bank.

It has been claimed by some that Mark Twain once said that everyone is complaining about the weather, but no one is doing anything about it. That he really said this is doubtful. A man such as Twain would never utter a statement so false. Even in his time, there were umbrellas, coats, and boots. Not to mention sweet tea and fireplaces. Nowadays, we have air-conditioning, brandy, and, thankfully, long johns.  I’m especially fond of the goose-down pair I received from my Aunt Shirley two Christmases ago.

Since long johns are such a big part of my fashion statement from late October to early May, I thought I’d research the history of one of the most important parts of my wardrobe and Google returned about 4,290,000,000 results in 1.05 seconds even though I only needed one or two.

It turns out long johns were first woven together in England during the 17th century, but it wasn’t until 1915 before a Canadian named Frank Stanfield applied for a patent and became the pioneering father of long johns. His design called for non-shrinking cotton for a more comfortable fit and for that I’m extremely appreciative. At first, the wearers of Stanfield’s Unshrinkable Underwear were proudly walking around in the streets using them as leisurewear. Even today it’s not uncommon to see a working man out in public, who started off the day wearing long johns beneath a shirt, sweater, and coat, to take off layers as the temperature rises during the day down to his underwear shirt.

Long johns soon became popular as sleepwear and folks finally figured out the benefits of wearing them beneath their clothes during the day as they were intended. I’ve discovered that slipping a pair of mediums over a set of smalls can also be quite beneficial on especially frigid days. And it doesn’t hurt that this practice makes my chicken legs appear somewhat thicker as I’m a bit self-conscious about my skinniness.

Steve Reece is a writer for the Reporter and a known crime fighter. Email him at stevereece@gmail.com.