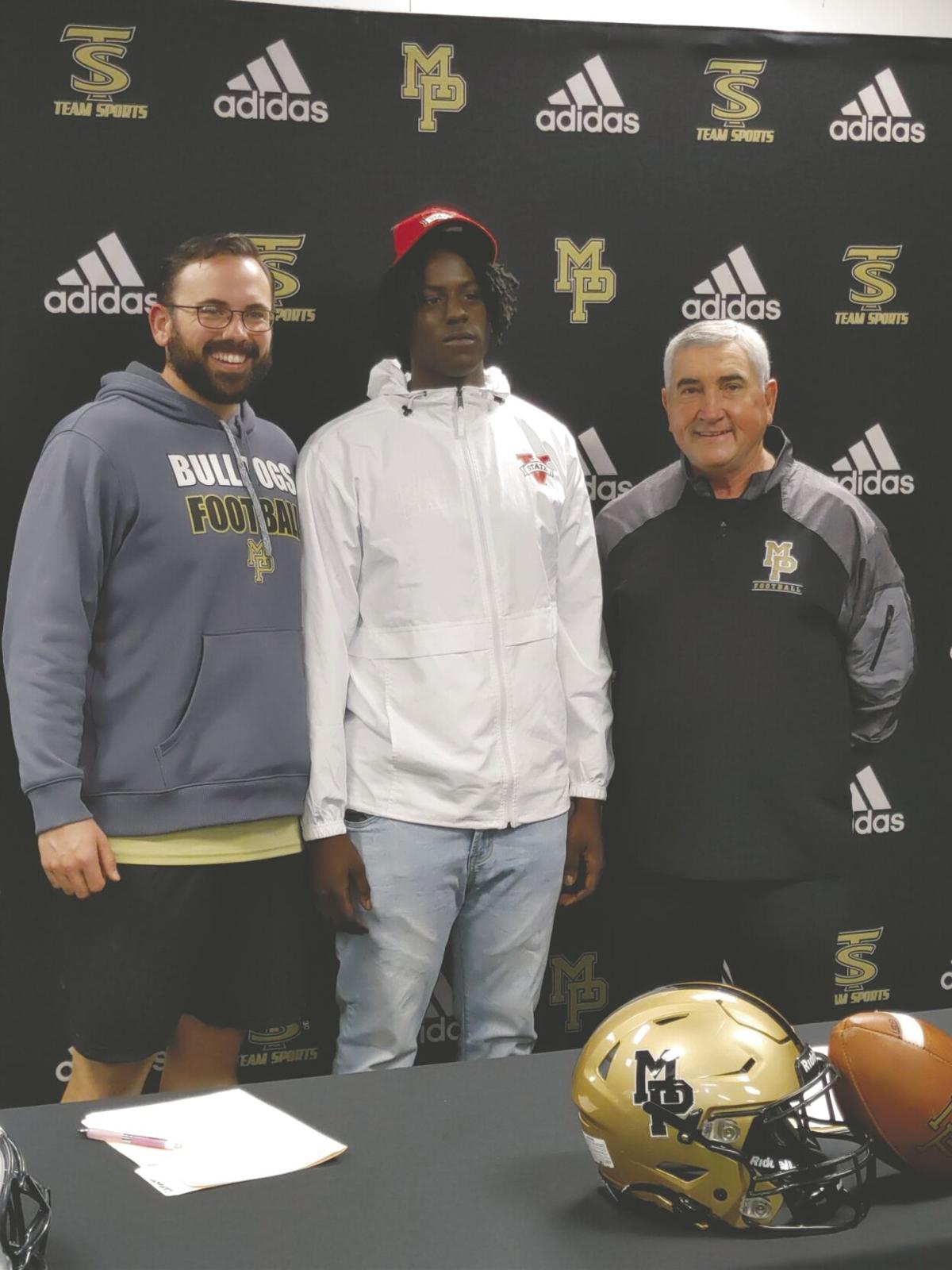 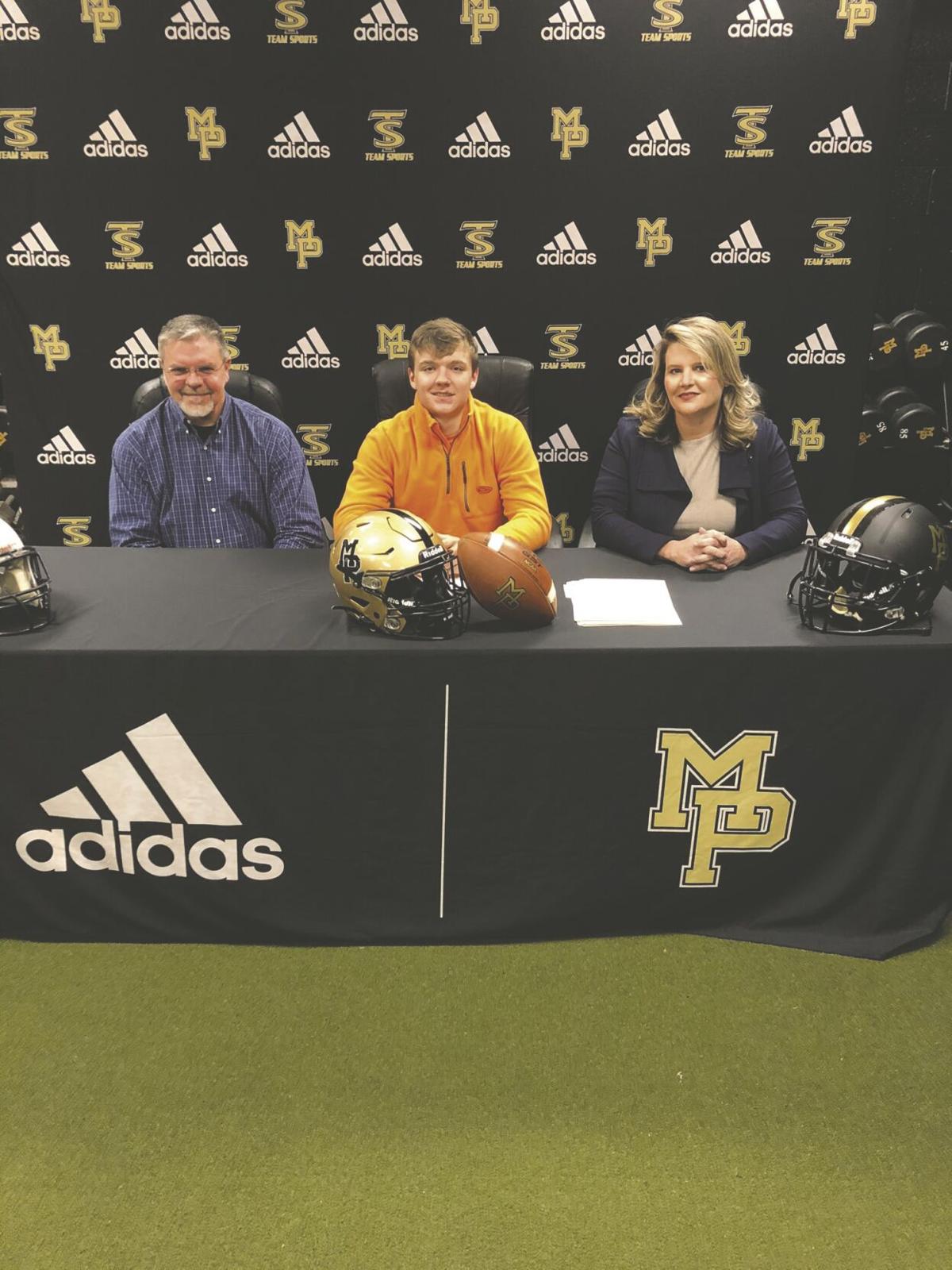 Two Mary Persons football seniors, linebacker Thomas Warren and defensive end Lamont Jones, signed with universities to play college ball on National Signing Day last Wednesday. Warren signed with Carson-Newman University which offered him a partial scholarship, while Jones inked with Valdosta State University. Signing ceremonies are usually packed with supporters, but MP staff decided to hold the two signings at different times due to COVID, with just a small number attending. Head Coach Brain Nelson says he’s extremely proud of both players for putting in the work to make it to this next level.

“From a coaching perspective, it’s always exciting when guys move on and use football as an avenue to go to college, get a degree and an education. That’s a rewarding feeling. These guys put in a lot of work. This didn’t come together from playing a couple years. These two have been training for this their whole lives. This is the culmination of a lot of hard work. It’s the ending of one chapter and the start of another. I’m just proud for these players, their families and excited to see what the future holds for them.”

Nelson says with both Warren and Jones, their best football is likely still ahead of them.  Jones is young for his grade, graduating at 17-years-old. Jones, who is 6-foot-3 250 pounds, was named to the Second Team All-Region 2-AAA Defense and had 31 tackles this year, including three sacks.

“I loved the school and the coaches,” said Jones when asked about his decision to sign with Valdosta State. “They liked my film and can’t wait to get me there and see what I can do. My advice to younger players is to stay committed. I wasn’t committed all the time and that’s something I’ve had to learn.”

“Lamont has a lot of room to grow physically, mentally and emotionally,” says Nelson. “I think Valdosta State sees that potential in him too. Obviously, he’s got some God-given ability in terms of size and physicality. College football’s a big adjustment, but I think he’ll rise to the challenge.”

Valdosta will be playing a spring season this year due to COVID in the fall. Asked if he’d like his younger brother Jacobi to join him in the fall, Jones said that his younger brother is a better player than him and may go to a bigger school.Carson-Newman, the college Warren is attending, is a Division II, perennial playoff contender that’s in the mix every year. Nelson says Warren should be a good fit at Carson-Newman and may even have an opportunity to play early. Warren, who’s 6-foot-2, 205 pounds, was named to the First Team All-Region 2-AAA Defense and had 75 tackles this year. Warren was initially contacted by Carson-Newman through Twitter and continued talking with them throughout the recruiting process.

“My granddaddy Jim Warren was the one who really pushed me,” said Warren. “He loved playing football and he took me to practices. I knew it would make him happy to see me playing college football. He would be so proud.” Warren says he has two players in front of him on the roster right now and he’ll have to start training for next season with the goal of getting bigger, faster and stronger.

“Thomas has got a lot of room to grow as well,” says Nelson. “Both of those guys played a lot of football for us at Mary Persons, but still have a lot to learn. They’ve got really high ceilings and I think that’s what both schools really liked about them.”