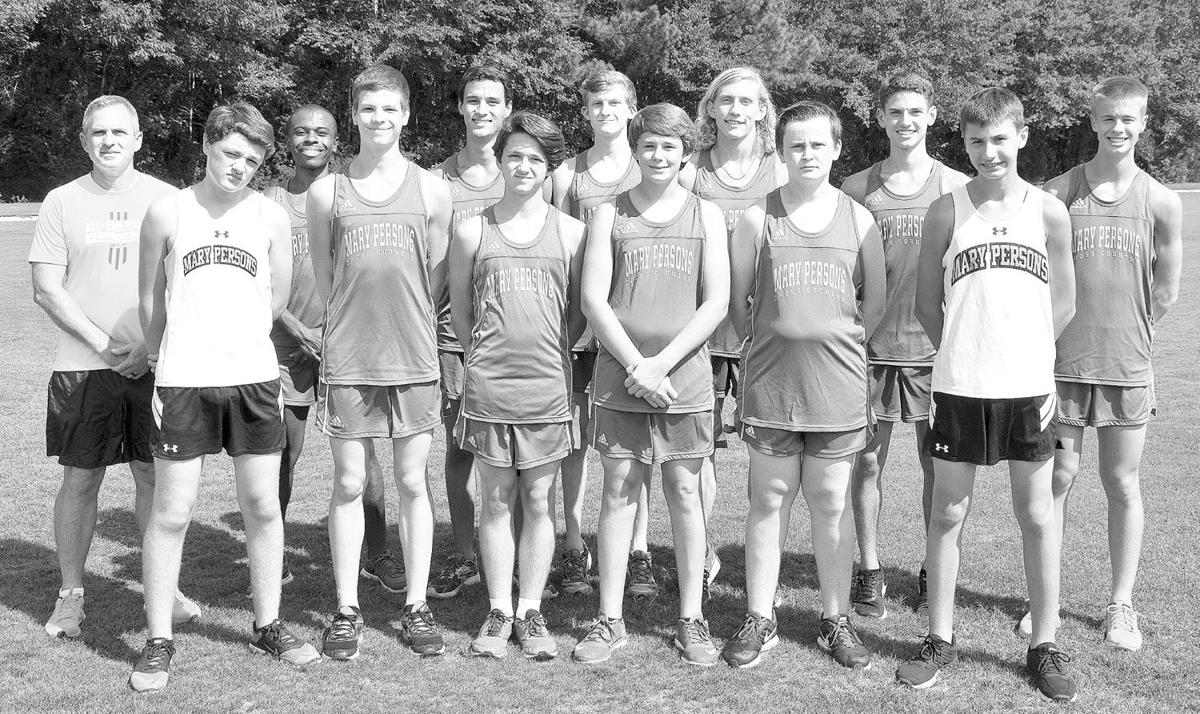 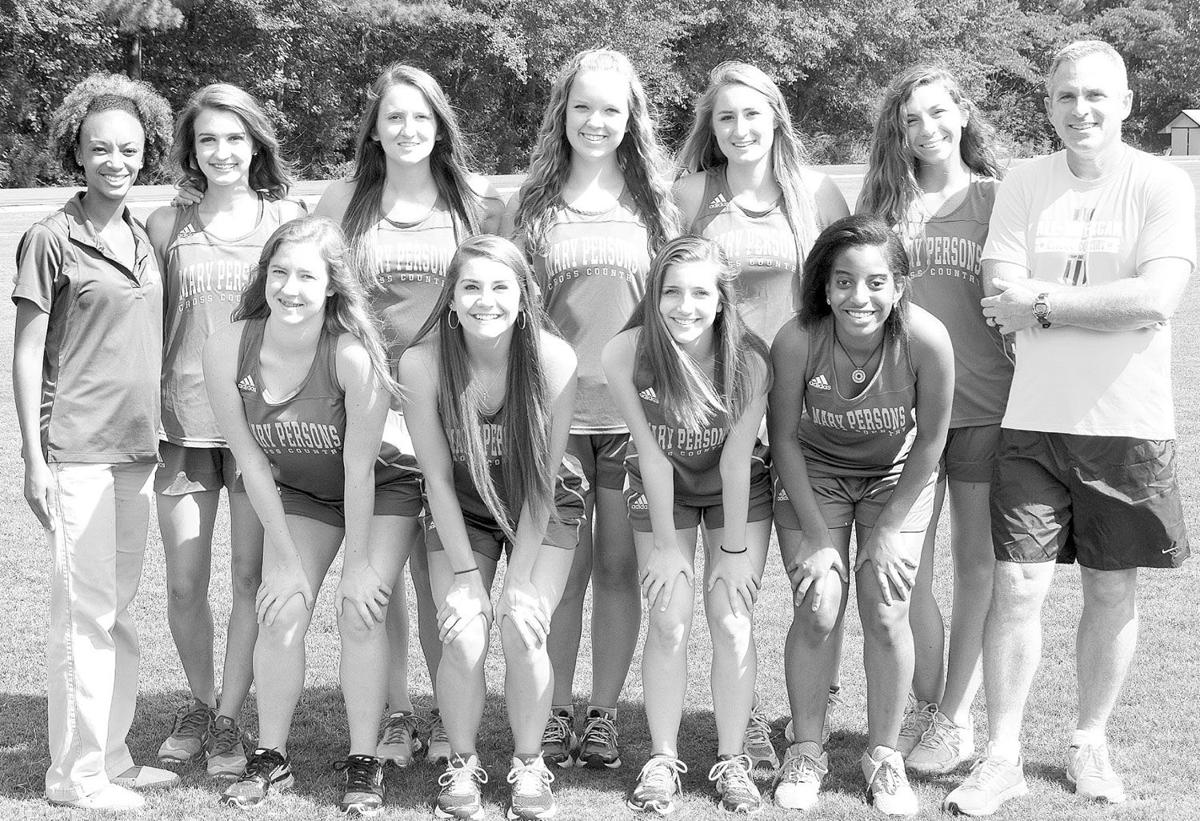 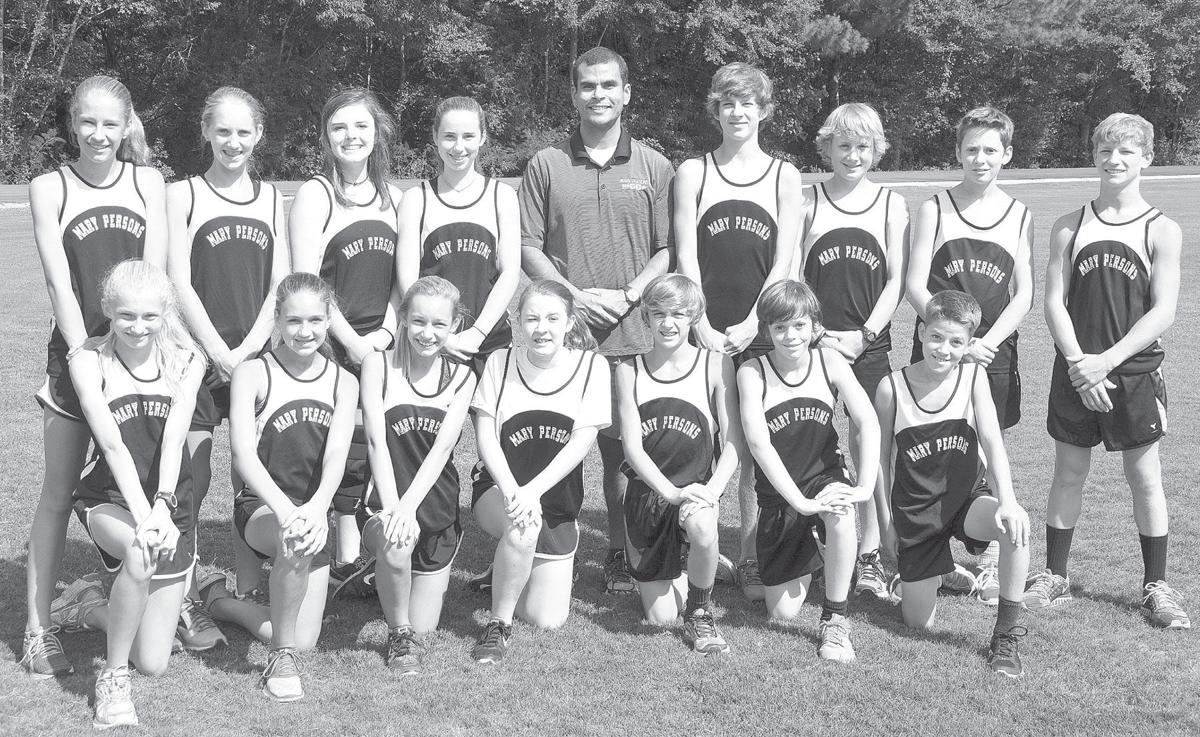 With extensive experience returning in 2016, the Mary Persons boys and girls cross country teams are seeking to reach the top spot in Region 2-AAAA after third-place finishes a year ago.

The MP boys have their most experienced squad in several years with five seniors, including Lawson Weldon and Nathan DeVane, each of whom placed in the top 10 in the region in 2015. Meanwhile, the MP girls team returns senior Morgan Haney, who placed fourth in the region last year.

With perennial power Veterans having moved up to AAAAA, both MP teams appear poised to challenge returning region champion Perry for their respective championships this year. In fact, the MP boys already outran the Panthers at their opening meet in Perry on Aug. 20, but MP head coach Steve Herr said the Panthers will be a region force as always.

“All I can say is Saturday (Aug. 20) the boys beat them,” Herr said. “They didn’t destroy them, but they did beat them. There’s no telling yet, but Perry’s going to be the team to beat no question.”

Herr said his boys team is expected to start the year strong because many of his returners worked hard in the off-season. Herr estimated that as many as five of his boys and girls team members followed his summer running regimen he laid out for them, which included an average of 50 miles per week. Largely due to this, four MP runners, Weldon, DeVane, junior Matt Miller and senior T.J. Williams, were among the top 19 finishers at the year’s first meet. All four of those runners placed in the top 13 at region last year.

Herr said the four veterans make up a great nucleus that will contend for wins most weeks, but he needs a fifth runner to emerge for his team to fulfill its potential.

“That’s going to be our nemesis,” Herr said of his lack of depth. “We’ve got four, and then two minutes down the road, we’ve got number five.”

However, Herr said he’s encouraged by early performances by junior Gabriel Medlin and senior Luke Morris, in particular. Neither Medlin nor Morris have ever run a complete season of cross country, and their room for improvement is high. Another runner who could become a standout is returning senior Chris Cooper.

“Gabe Medlin is a natural runner, and as the season progresses, there’s no telling what he can do,” Herr said. “So I kind of think it will be him, but it could be Chris Cooper or it could be Luke Morris. I had Chris last year, and Luke ran track. He’s dabbled in running, and he ran last year a little bit in cross country. So there’s no telling what he’ll do either with a couple more weeks, a month, of training.”

Herr said he’s optimistic that Weldon, who has been one of the region’s top runners the past several years, is ready to compete for an individual title.

“He surely wants to, and he’s had a good season,” Herr said of Weldon. “He’s running pretty good right now. I’m hoping he’s going to get over that peak and kind of push into that elite level.”

On the girls side, Haney, a four-year runner, is clearly the team leader, but MP, which had a sixth place team finish to start the year, has had to open the season without her as she tries to overcome an off-season leg injury.

“Morgan’s hurt right now, so she hasn’t been running,” Herr said. “But I think without her we still did okay this past Saturday. With her, I think as far as our region is concerned, we’re right in the thick of it. In the top three definitely, and maybe we can fight for first or second.”

Herr said Haney worked hard all summer to be ready for the season, but all the hard work only further irritated an old injury.

“She’s got a tendon that’s connected to the quad and comes around and attaches right here,” Herr said while pointing to his leg. “They’re inflamed on both legs. It started back in track season, but she just ran through it. And then she continued to train over the summer, and it just caught up to her to the point where she just couldn’t run anymore.”

The injury is particularly disappointing because coming off of a pair of region track titles in distance races, Herr said he’s noticed an increase in Haney’s confidence.

However, MP has a number of talented, experienced girls runners who are capable of picking up the slack in Haney’s absence. These include seven juniors who have run in previous seasons: Kayley Dale, Katie Beth George, Rachel Hampton, Carrie Neal, Payton Poland, Naomi Sanders and Samantha Walton. George, who was one of MP’s strongest runners in 2014, returns after a year away when her family moved to California.

“It’s good to have her back,” Herr said of George. “Not only was she an accomplished runner when she was here before, but she’s a great addition to the team. She’s a good girl, fun to have around. Now she’s not in real good shape right now, but give her three weeks and she’ll start coming around.”

Herr said after several years of having young squads, it’s good to have veteran boys and girls groups who know what to expect from him in training.

“They know almost before I say it what we’re going to have to do,” Herr said. “They know the routine.”

Herr said the Region 2-AAAA track meet on Oct. 27 will likely take place at Rock Ranch for the second consecutive year. MP will visit Rock Ranch on Sept. 24 for a practice race, and Herr said he thinks his squads like the course.

“It’s a good course as far as times,” Herr said. “You can run a pretty fast time on it, and all of them have run on that course before.”

As for the AAAA state championships in Carrollton on Nov. 5, Herr said the champions will likely be among the top private schools in the classification.

“Marist, St. Pius X, maybe Woodward,” Herr said of the top state contenders. “But probably Marist. Their track guys are phenomenal. So are their track girls.”

MP will host its first-ever home invitational meet on Tuesday, Oct. 4 at the Monroe County Recreation Department. In the past, MP has hosted practice events, but no official trophies for winners have ever been given out as is planned for Oct. 4. Herr said Veterans and Howard are among the eight squads who have already committed to compete. MP will then host another regular home meet, which Herr described as a “competitive practice” at the Monroe Rec Department on Oct. 18.

For the fourth consecutive year, Herr will be assisted on varsity by LLonisha McElhaney. Carlos Sanchez will be the boys and girls middle school coach this year, and he inherits a pair of strong teams.

Herr said of the middle schoolers: “The girls are tough, worked hard over the summer, a lot of talent. We’ve got a middle school boy, Justin Wachtel, who won Saturday by 30 or 40 seconds. Christian Medlin is the top girl right now, but there’s three right behind her that are really strong leaders. And the boys have two that are pretty strong behind Justin. Both are going to be competitive. Both teams got second place this past Saturday (Aug. 20).”