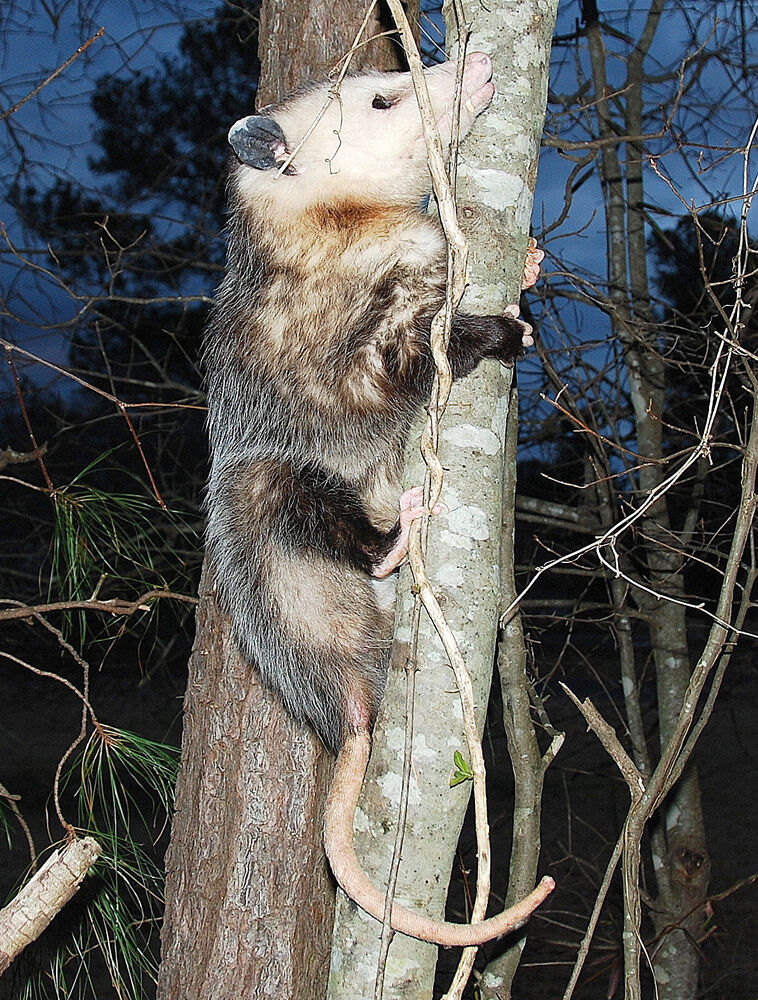 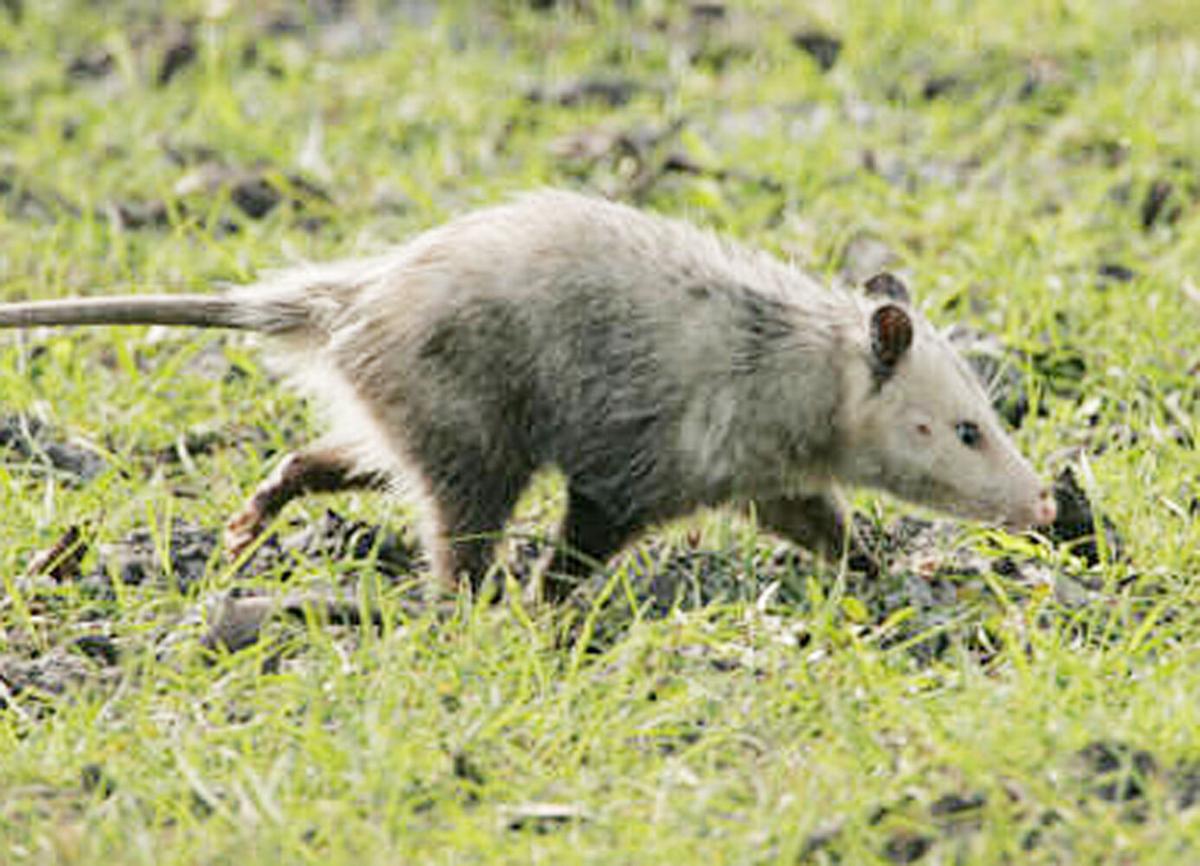 One game mammal that has definitely waned in popularity is the opossum. As a result, few took notice when the opossum hunting season opened Oct. 15. However, such has not always been the case.

History tells us Georgia once elected a man known as the possum governor; opossum once graced the table everywhere from small wooden frame houses to banquet halls and even the White House.  Opossums have even been  presidential pets.

None other than the famous artist and naturalist John James Audubon, touted the merits of eating opossum. Audubon wrote in his journals that opossum meat is “an excellent substitute for roast pig.” He also wrote that opossums are usually eaten “when one or two white frosts have tinged the fields and woods with a yellowish hue.”

The link between the opossum and our presidents can be traced back to Georgia Washington. In a response to correspondence sent by Sir Edward Newenham, an Irish member to Parliament, Washington on Aug. 20, 1788 said that he made an attempt to send Newenham a male, female and several young opossums.

He went on to explain that the animals died before they could be shipped. Later that same year he penned another letter to Newhenham explaining that he was only able to obtain a couple of opossums of varying ages.  Unfortunately, most  of the correspondence between Washington and Newenham regarding this matter has apparently been lost.  As a result, we are left wondering if the opossums ever arrived in Ireland.

Thomas Jefferson possessed a keen interest in opossums. He even wrote that when he was a youngster he played with opossums. He maintained this interest into adulthood.  This was illustrated by the fact his writings include zoological notes dealing the marsupial.

Later when he was serving as the United States Minister to France (1784-89), he wrote to  James Madison asking him to send him opossums, as they would be “great presents” for French naturalists.

Nowadays most of us know little about President Martin Van Buren other than he served as president from 1837-1841. However, if you Google up his name,  one look at the political cartoons of the time reveals that he served during some of the most turbulent political times in our nation’s history.

These cartoons are very unflattering. In one of these satirical drawings, he was depicted as a opossum with a man’s head carrying three men in his pouch.

During the time Benjamin Harrison was president he was given two opossums. The opossums were named Mr. Protection and Mr. Reciprocity. It is said that the animals were often seen scampering around the White House.

Yet another interesting story concerning a White House opossum involves Herbert Hoover. During his administration, an opossum was found on the grounds of the White House. Hoover and his family quickly adopted the opossum and named him “Billy Opossum.”

In May 1929, when news of the opossum reached the Hyattsville, Maryland baseball team, they had just lost their first game of the season. The loss coincided with the disappearance of their opossum mascot.

Fearing that they would lose in the impending baseball playoff, a group of students went to Washington to see if Billy Opossum was indeed their mascot. When they found it was not their mascot, they asked President Hoover if they could borrow Billy for the playoffs.  The President agreed and the baseball team went on to win the coveted championship.  Billy was subsequently returned to his home on the White House grounds.

However, history tells us that no president relished eating opossum more than William Howard Taft did.  When the president-elect was wined and dined along with 600 attendees at a banquet staged by the Atlanta Chamber of Commerce in 1909, at his request the main dish was opossum and sweet potatoes. In addition, Taft is the only president to serve opossum at the annual White House Thanksgiving dinner.

You might be surprised to learn President Franklin Delano Roosevelt also ate opossum. When he was assistant secretary of the Navy in 1913, he visited Brunswick, Georgia and Biloxi, Mississippi to determine whether either would make a suitable deep-water port. Recalling his trip to Brunswick, he later wrote, “Brunswick, I remember chiefly, for the possum banquet they gave me -- every known variety of possum cooked in a variety of style.” Roosevelt when on to say, “They whipped up possum soup, possum salad, possum stew. I ate them all.”

These men were not the only politicians that have been linked to the opossum. From 1884-1889, William Yates Atkinson served as Georgia’s governor. At the time, he was known as the “possum governor.”

As far as I know, the only two communities in the state that honor the possum are Waycross and Tallapoosa. Waycross stages an annual Pogofest in honor of the official state ‘possum -- Pogo (the cartoon character created by Walt Kelly). Meanwhile, each Dec. 31, the town of Tallapoosa holds its Possum Drop New Year’s Eve Celebration. At the countdown to midnight, they drop a stuffed opossum named Spencer.

In spite of the fact that I don’t think the opossum will ever regain the popularity it once enjoyed, if more folks sample a meal of opossum and sweet potatoes, perhaps eating opossum would become a bit more popular. The best way to embark on this culinary adventure is to first obtain a opossum. This year the Opossum Hunting Season runs from Oct. 15 through Feb. 28. The rest is up to you.

Terry Johnson is retired Program Manager of the Georgia Nongame-Endangered Wildlife Program. He has written the informative column ‘Monroe Outdoors’ for the Reporter for many years. His book, “A Journey to Discovery,” is available at The Reporter. Email him at tjwoodduck@bellsouth.net.