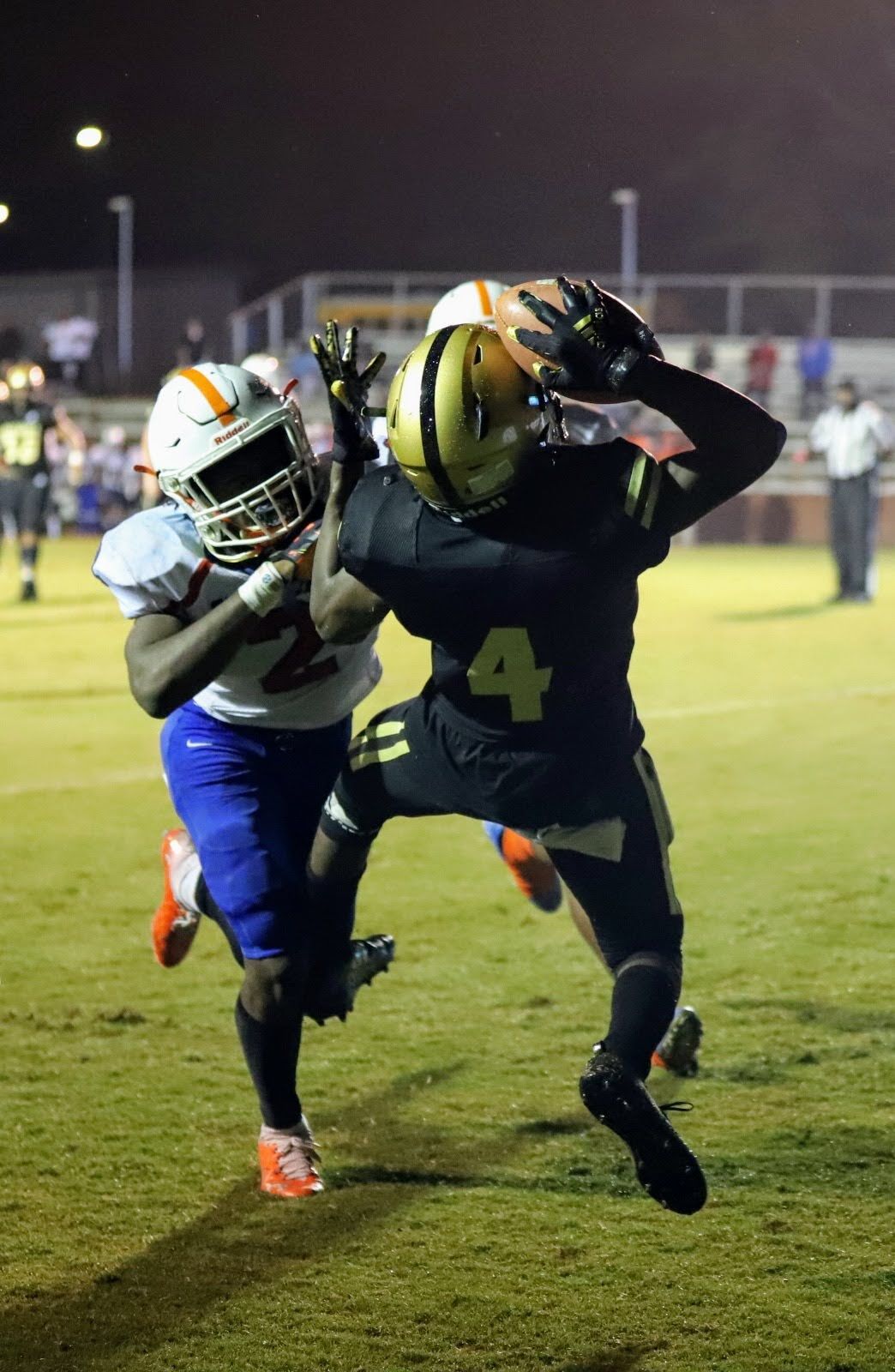 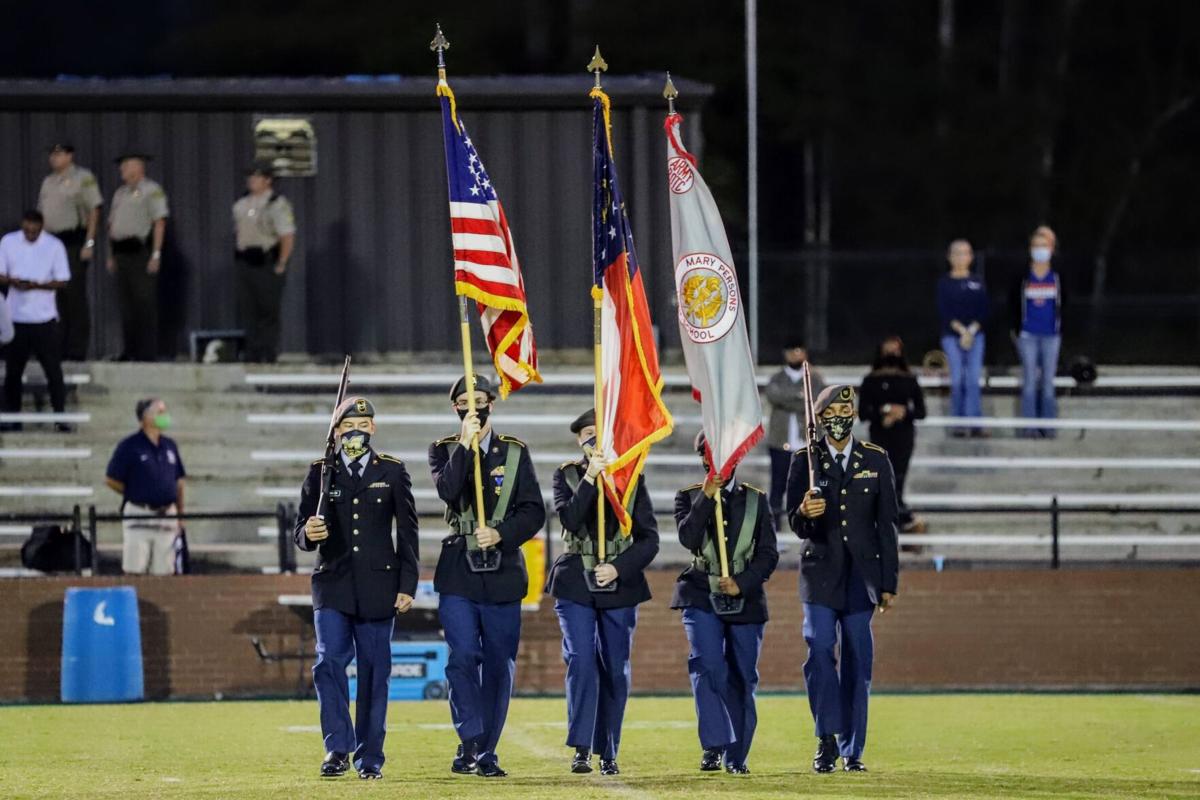 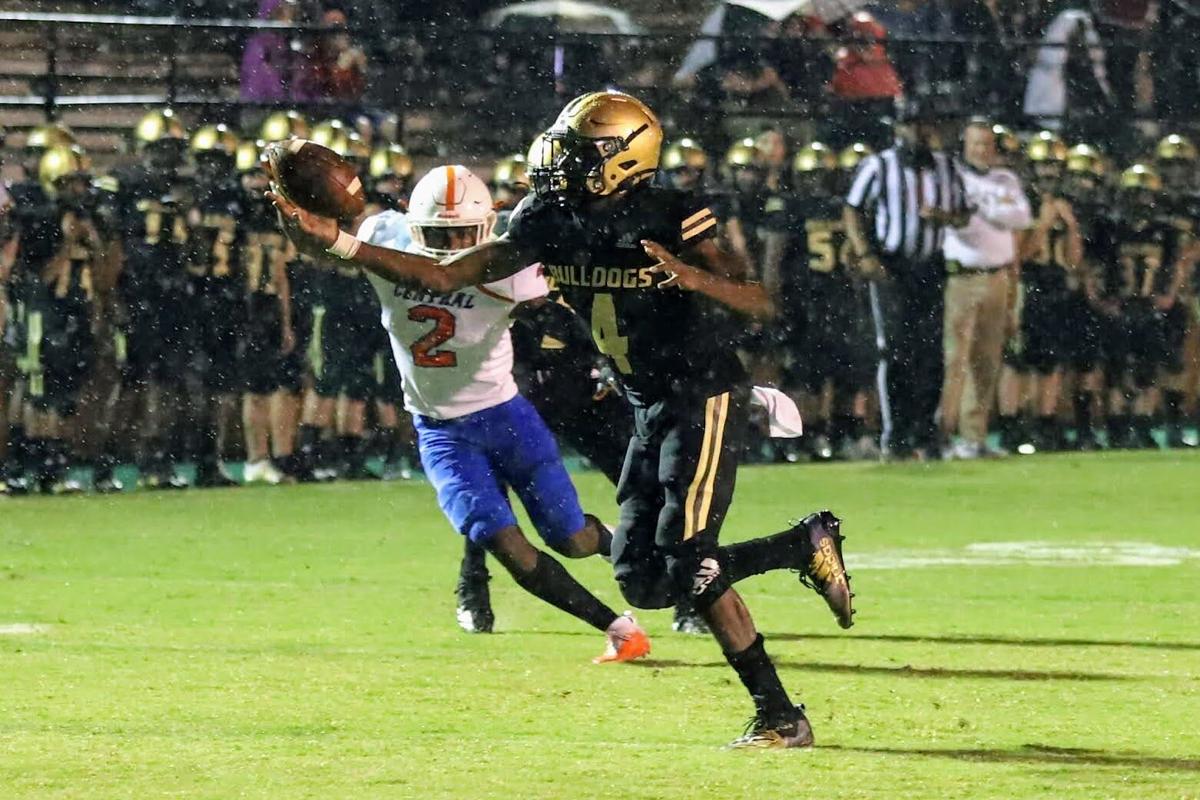 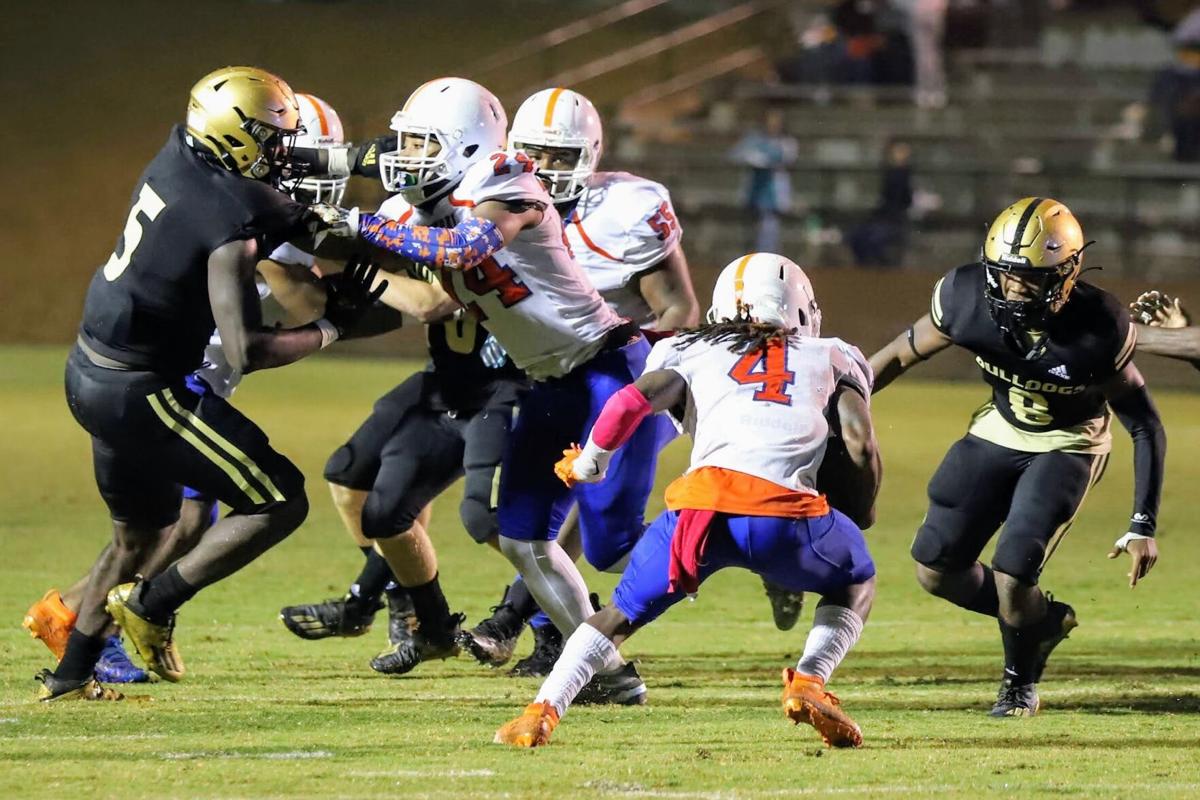 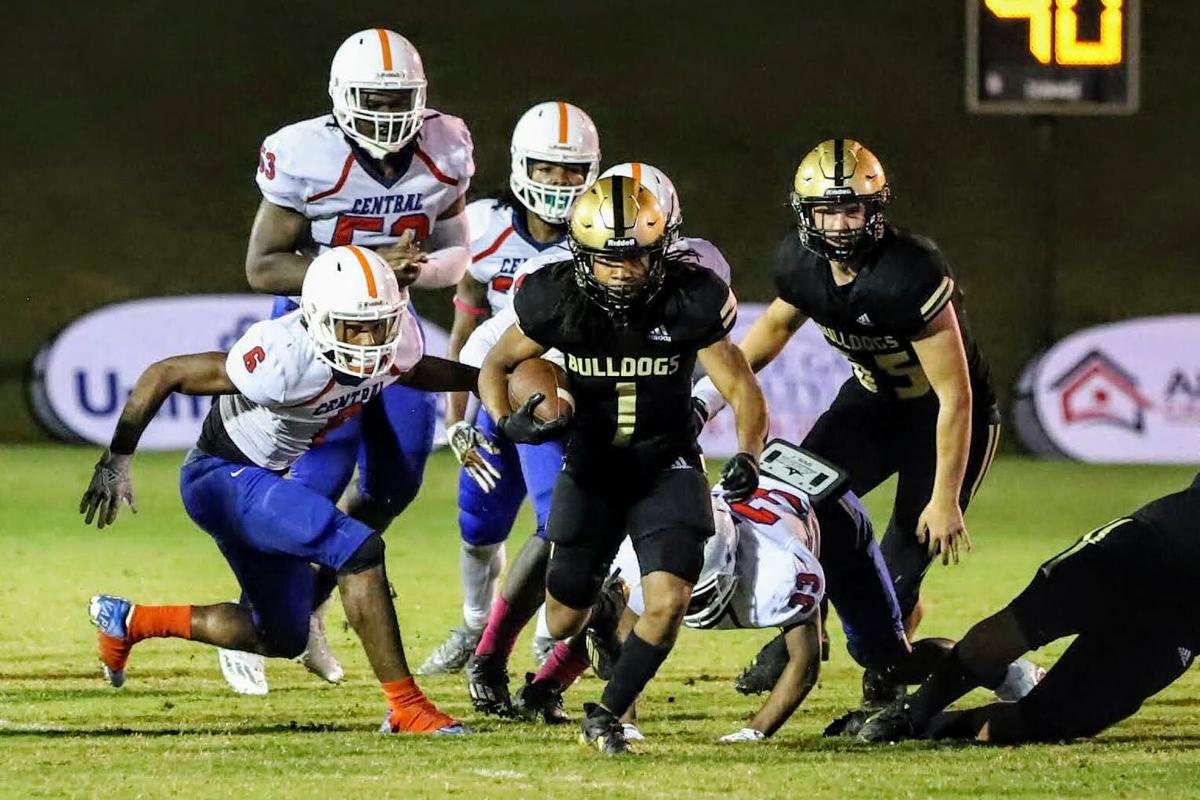 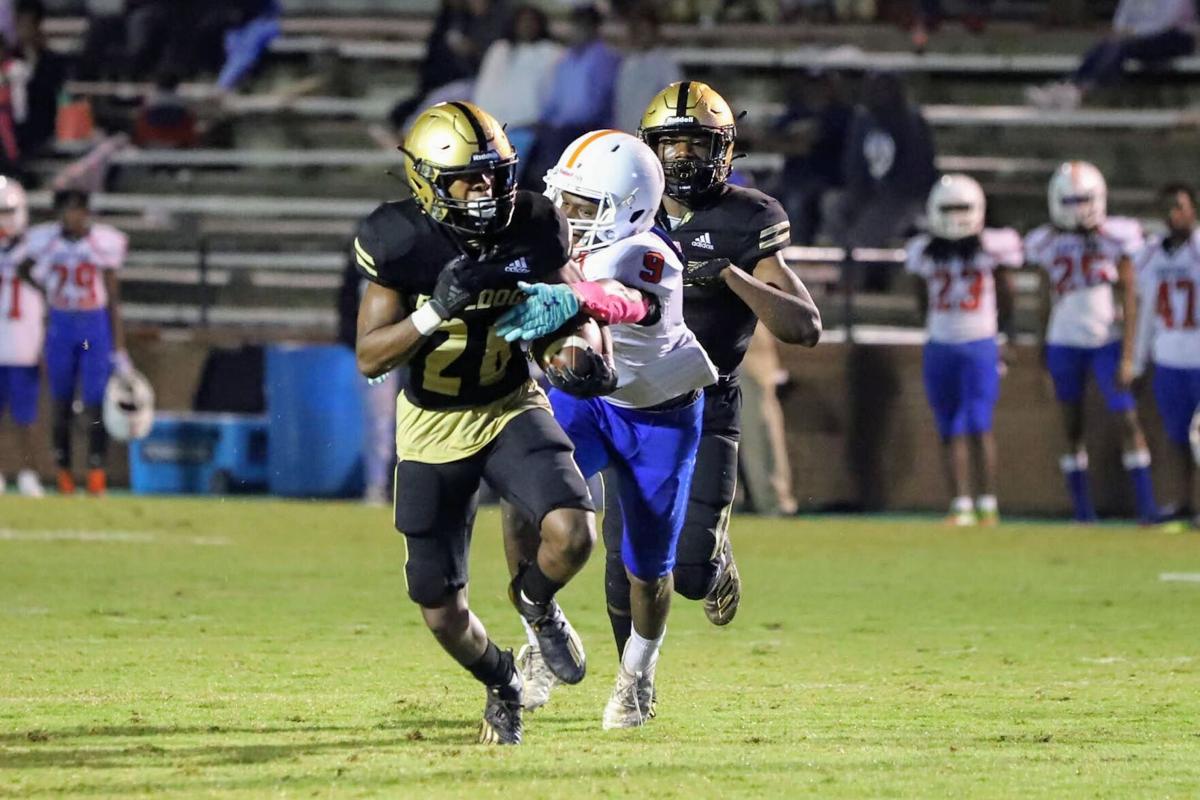 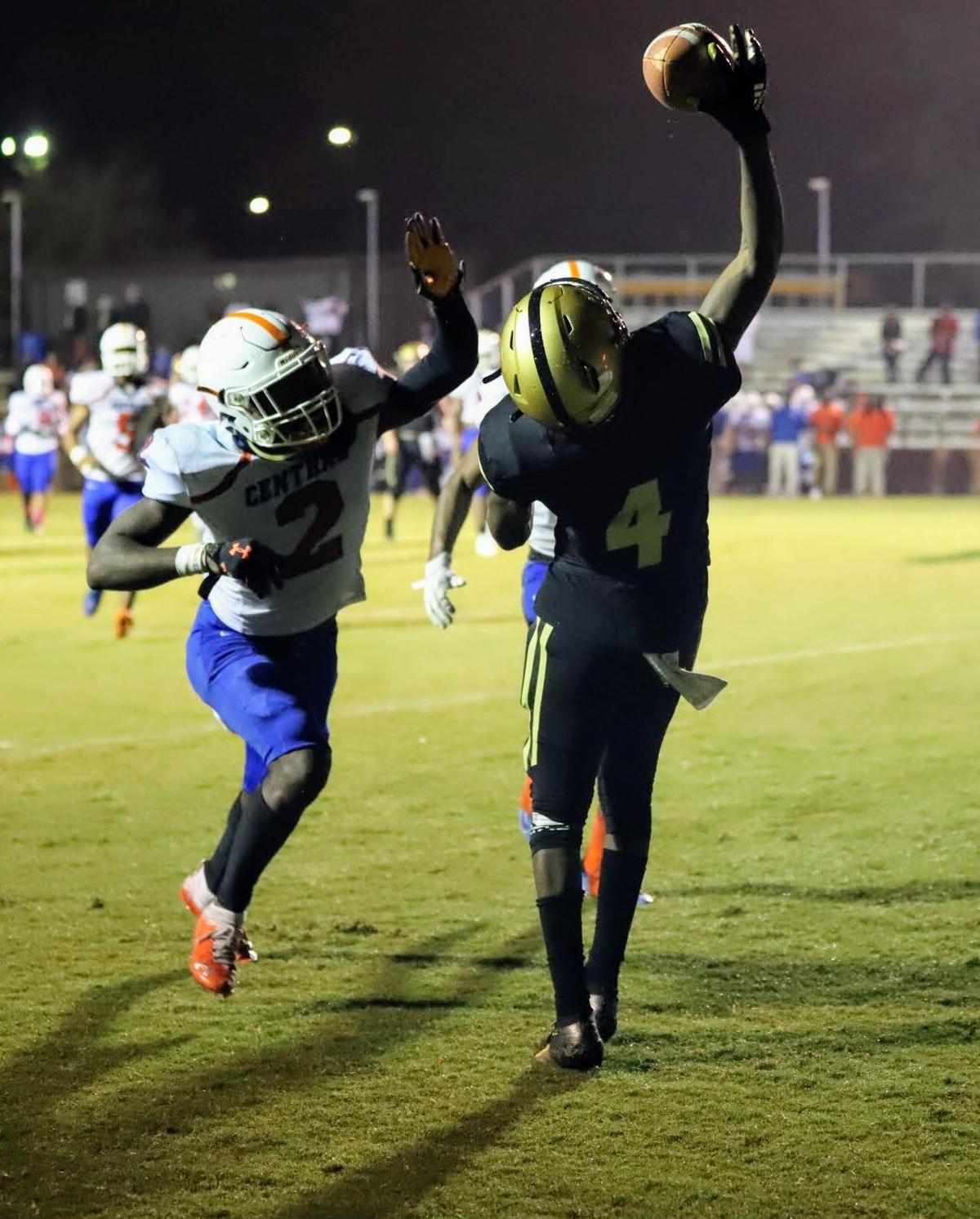 “We played better the second half, but it wasn’t enough,” said MP coach Brian Nelson. “We’re giving up too many points. We’ve got to play better defensively. Our goal right now is to keep getting better. I told them we’re gonna try to win four of our last five and get into the playoffs.”

Senior receiver Adrian Hughley, playing his first full game of the year after returning from injury, was a bright spot for the Bulldogs. He caught 8 passes for 145 yards and two touchdowns to the lead the MP offense. Senior linebacker Thomas Warren was a beast on defense, leading the team with 12 tackles.

Things started well for Mary Persons. The Bulldogs mounted an opening drive, and when it bogged down at 4th and 6 at the Central 37 yard line, sophomore quarterback Logan Hickman connected with senior receiver Adrian Hughley down the left sideline for a touchdown. Tripp Shipman’s PAT made it 7-0.

Central responded on the ensuing drive as senior running back Maurice Elder scored on a 37-yard run of its own. The conversion was no good and MP led 7-6.

Then Central turned two MP fumbles into consecutive touchdowns and the Chargers led 20-7 at the end of the first quarter.

As a steady drizzle fell most of the night, the teams traded punts in the second quarter. Then in the third quarter Elder began to gash the MP defense, ripping off a 33-yard run and then scoring from 10 yards out. The 2-point conversion was good and Central led 28-7.

But down 21 points in the fourth quarter, the Bulldogs didn’t quit. Hickman hit junior DJ Martinez on a big 37-yard pass play to the Central 7 yard line. Senior Jaboree Goodson plunged in from two yards out to make it 28-14.

The Bulldogs then recovered an onsides kick and MP was starting to show some life. Hickman connected with Hughley for a big 34 yard gain to the Central 8 yard line. The Bulldogs fumbled and went backwards from there, facing a fourth and goal from 11. That’s when Hickman found Hughley again for his second TD of the night. The PAT snap was muffed and MP trailed 28-20 with nine minutes left to go.

But the Chargers then used Elder’s running to milk 6 minutes off the clock that Elder capped with a 1 yard touchdown plunge. The two-point conversion was good and Central led 36-20.

The Chargers then intercepted MP on a final desperate drive and the Bulldogs took a Homecoming loss, their first to Central since 2000.

Hickman was 14 of 29 passing for 239 yards with two touchdowns and an interception. If the Bulldogs lose against 4-0 Crisp County on Friday, it would be the first time since 1961 MP has lost four straight games in a season.