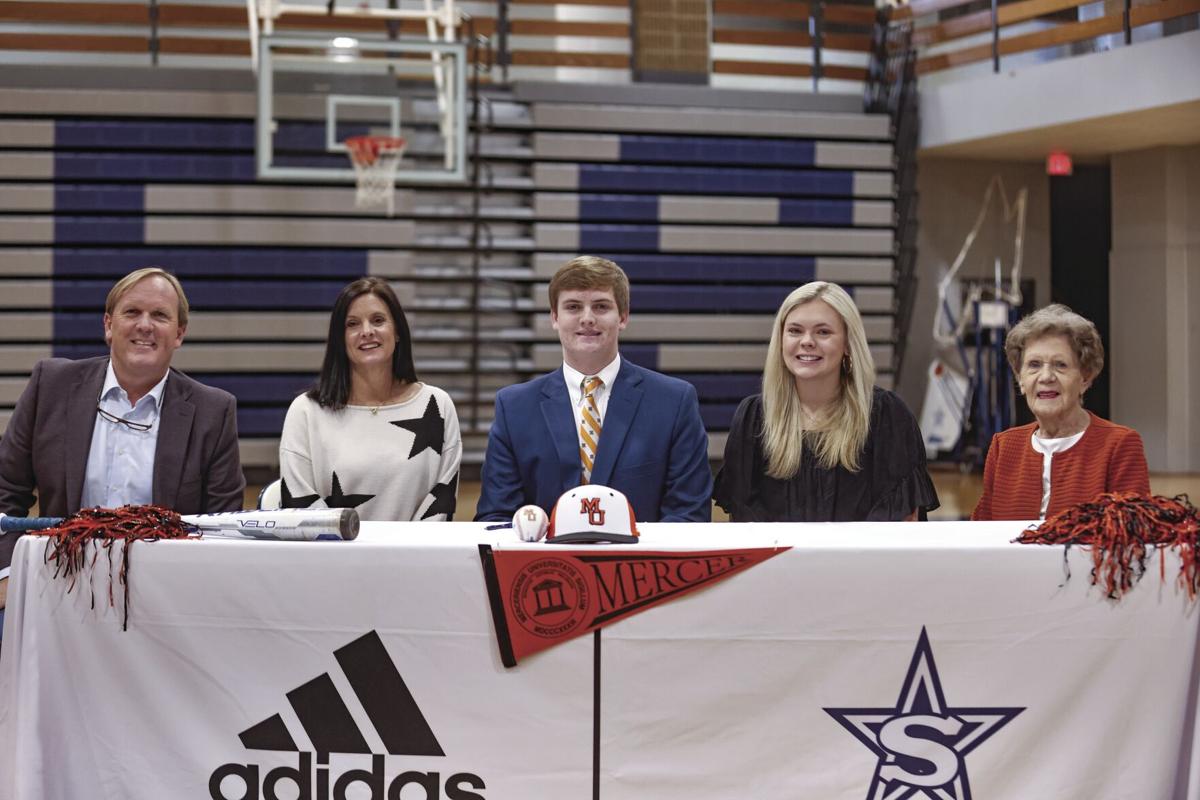 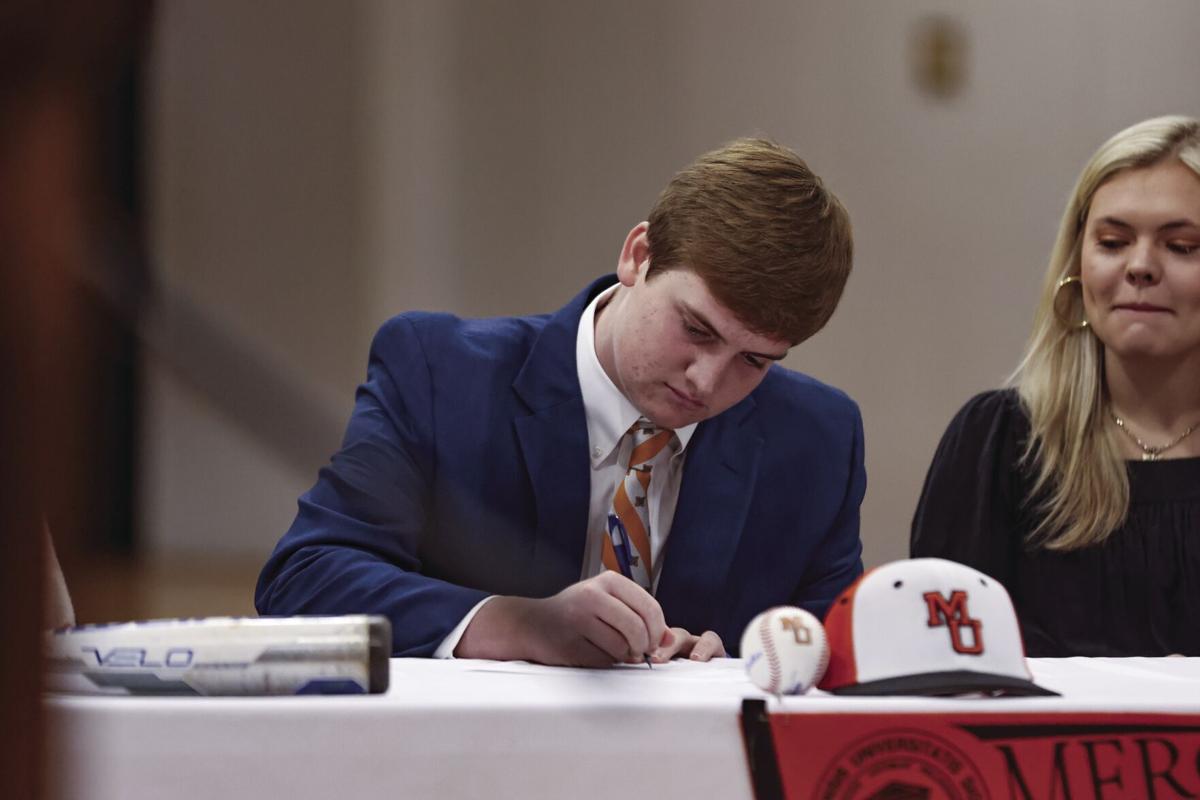 Lawson Cole of Forsyth signed his commitment to play baseball at Mercer University on Monday, Nov. 15. A senior at Stratford, Cole has a record of 8-2 with 15 walks and 108 strikeouts in three seasons at Stratford, which one season left to go. His career ERA is just 1.23, including a no hitter against Westminster on Feb. 20. The son of Jim and Gaylyn Cole, Lawson was also the quarterback for the Eagles football team. Top, from left are Jim, Gaylyn, Lawson, Caroline and grandmother Ruth Cole. (Photos courtesy Stratford Academy)