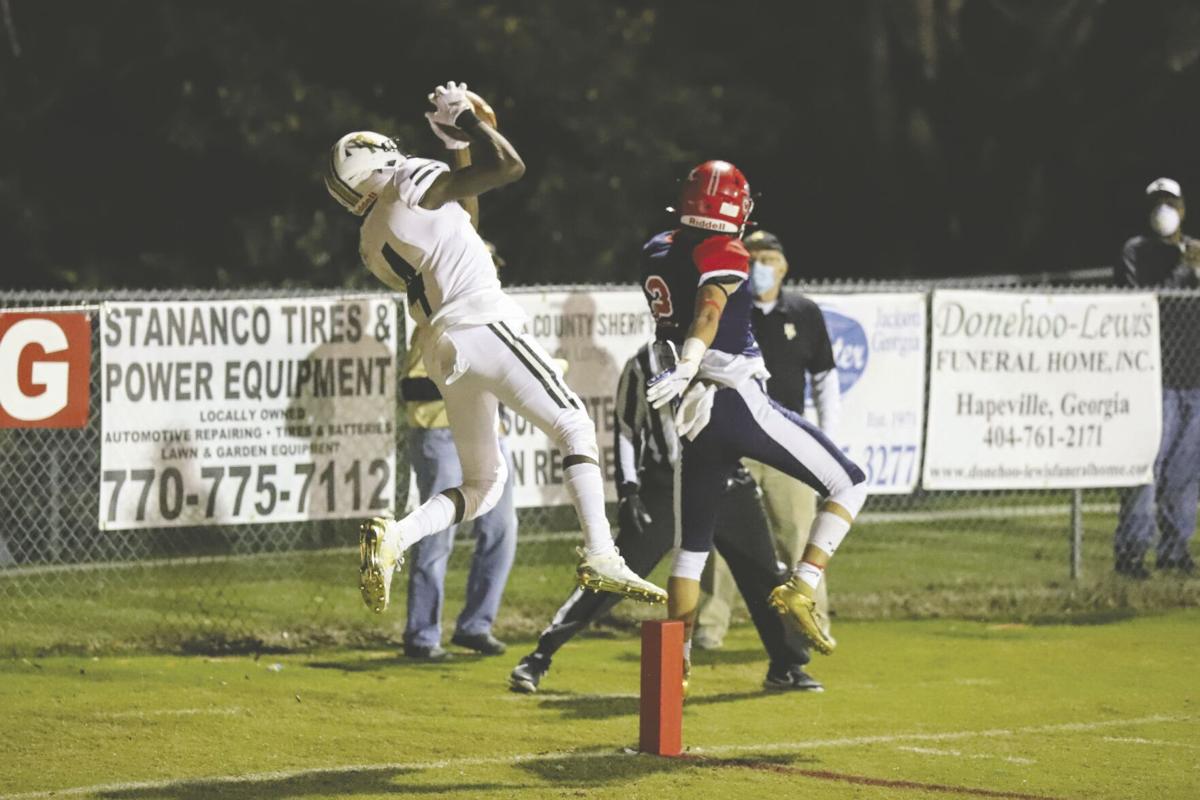 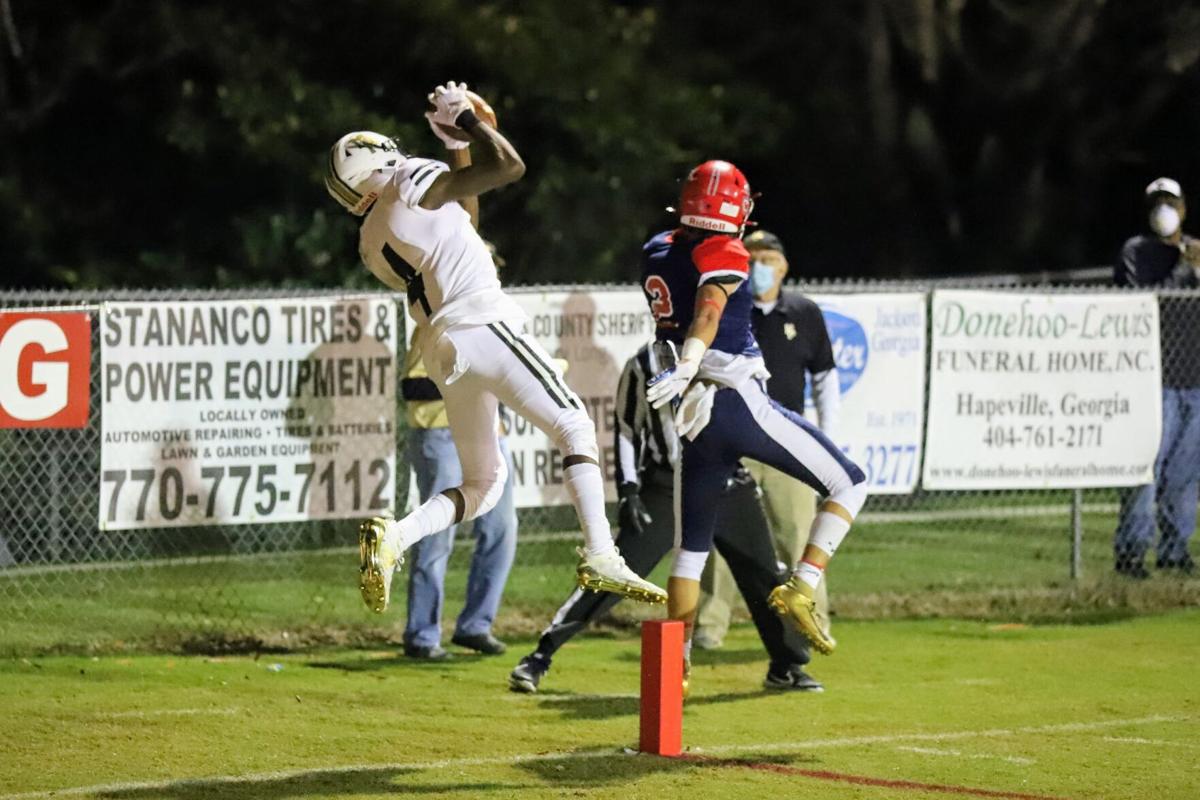 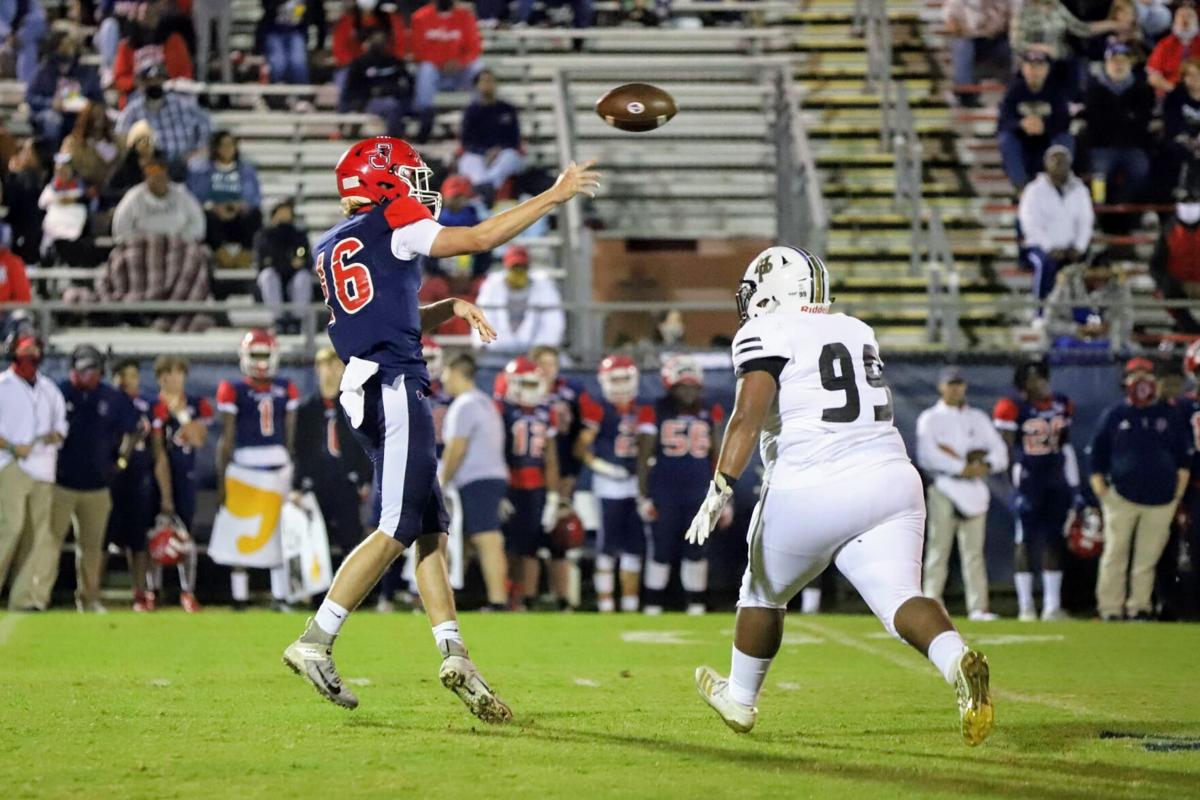 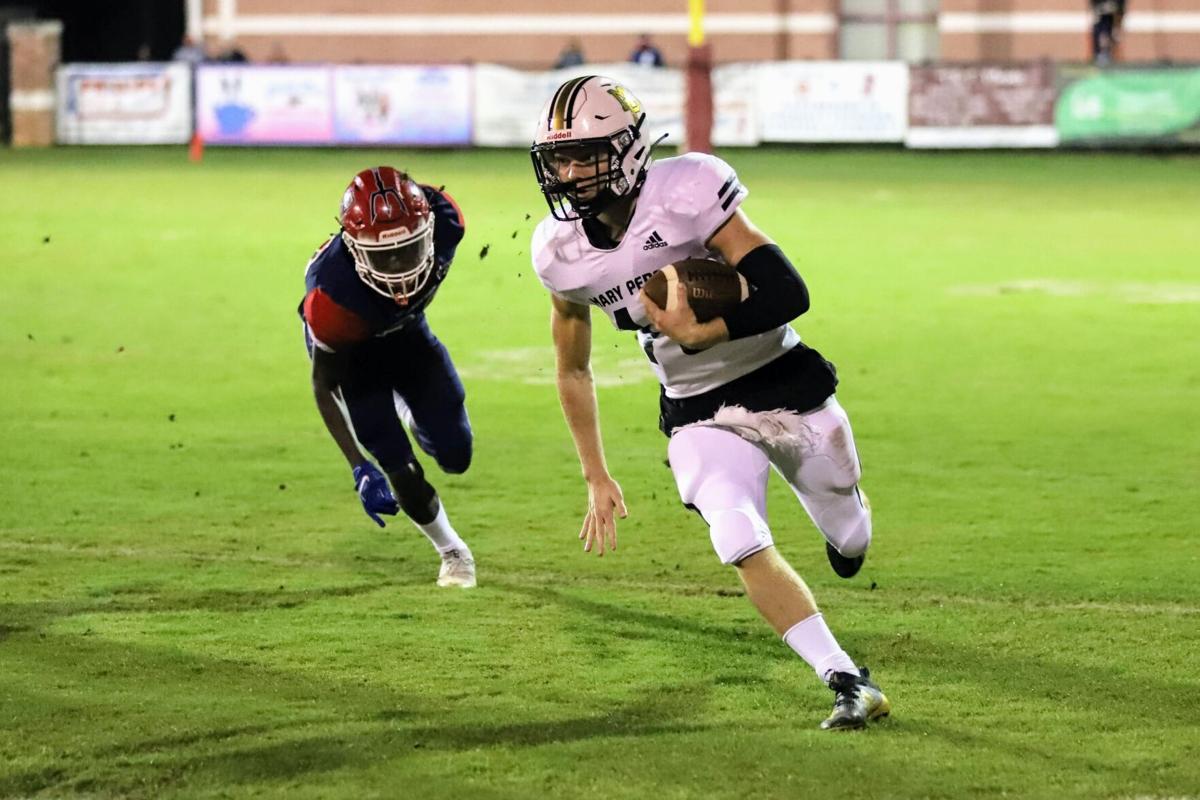 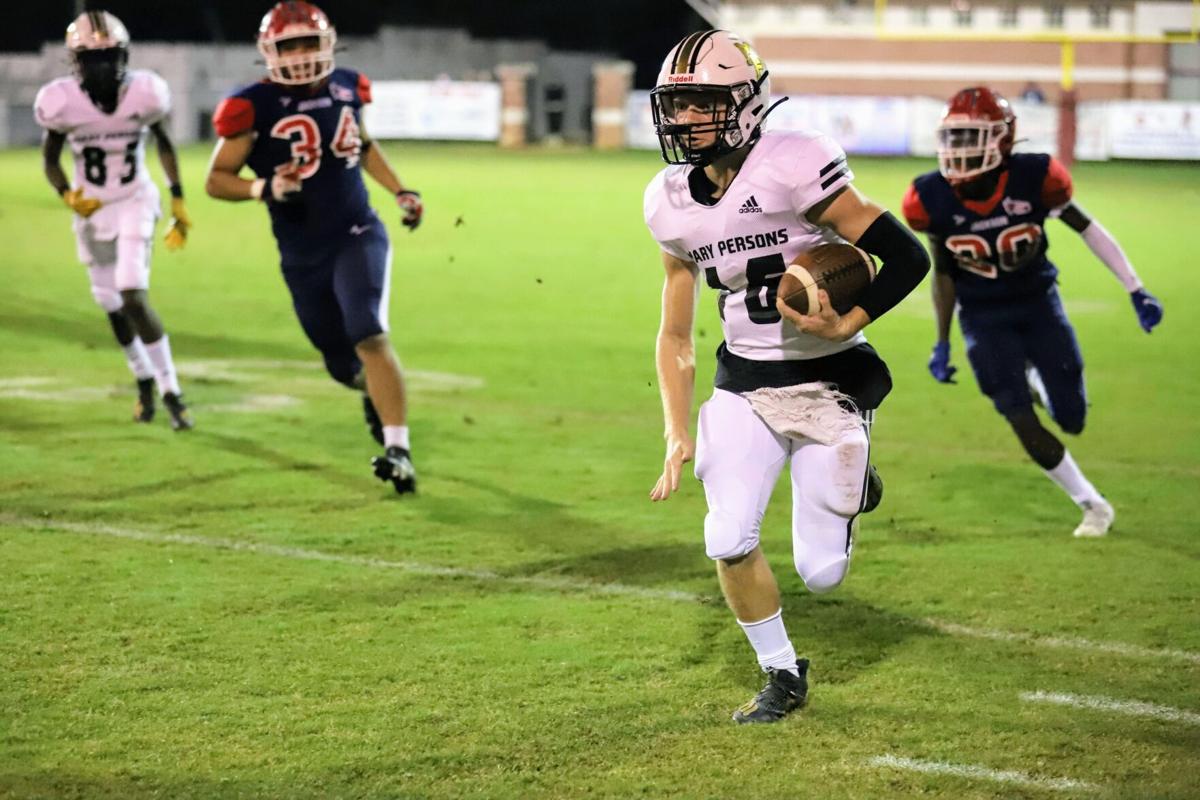 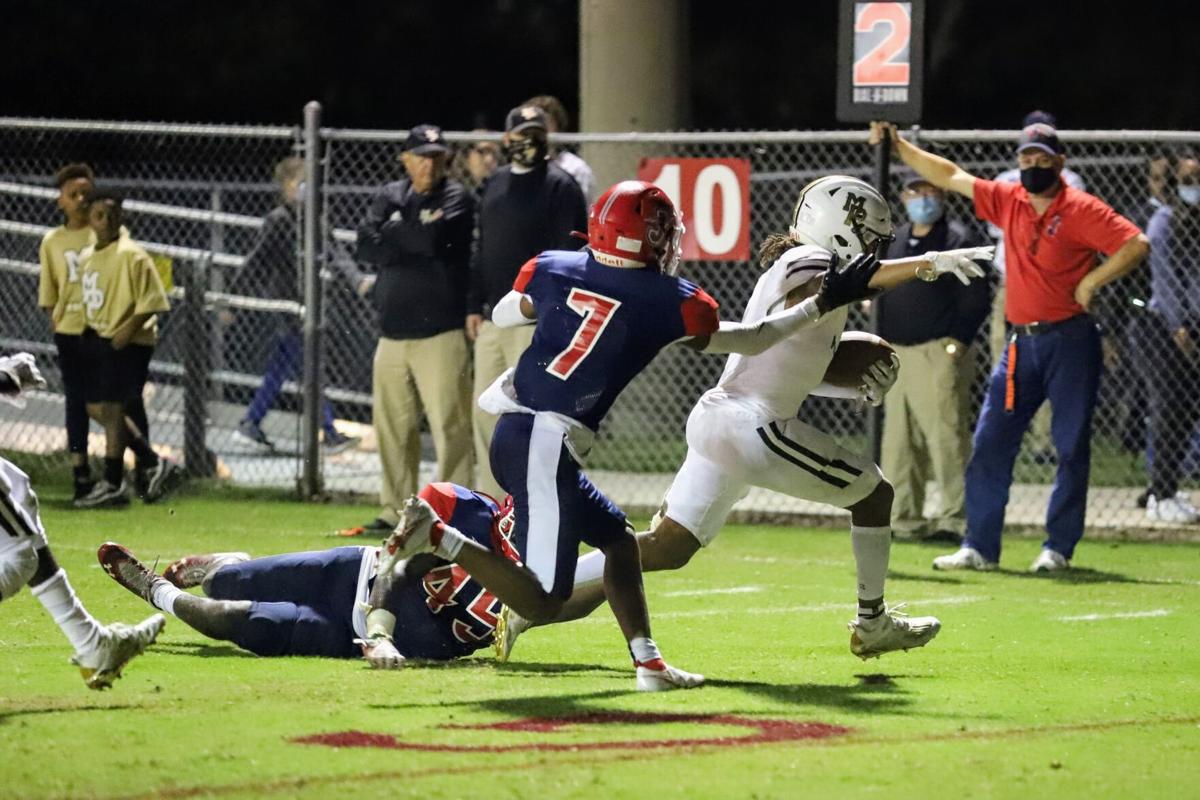 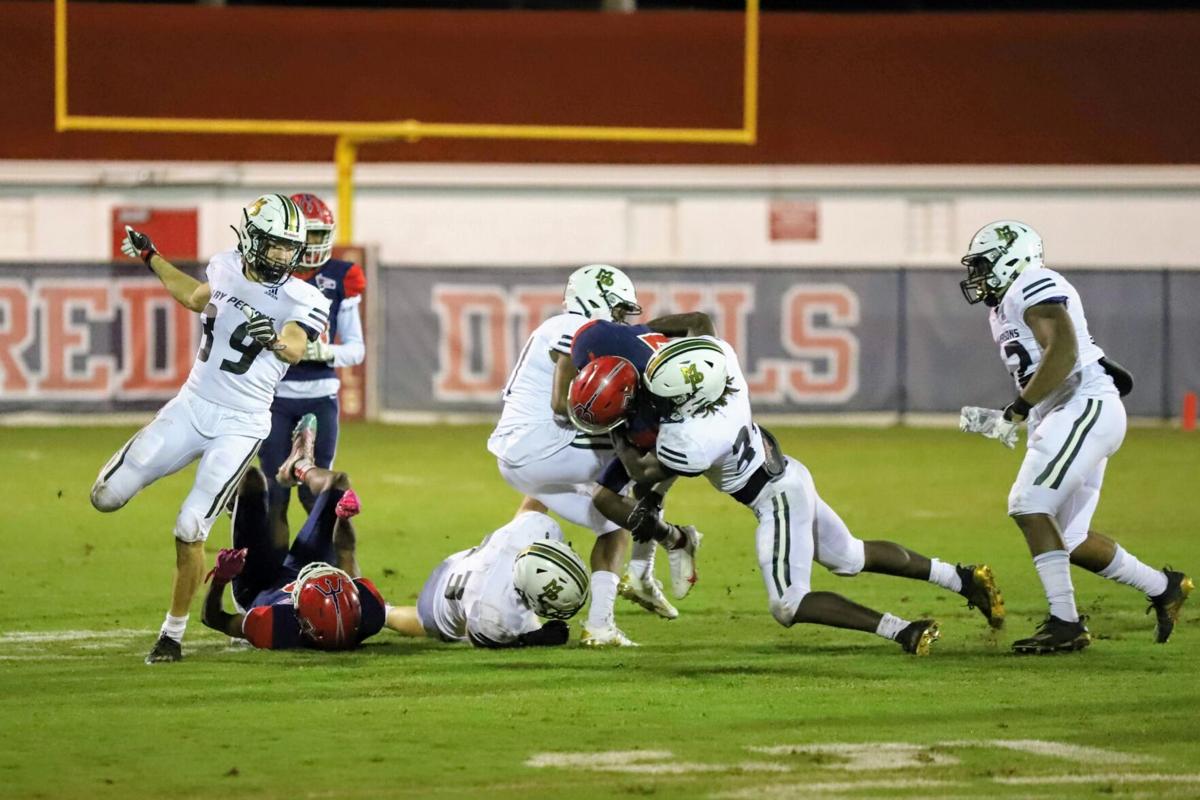 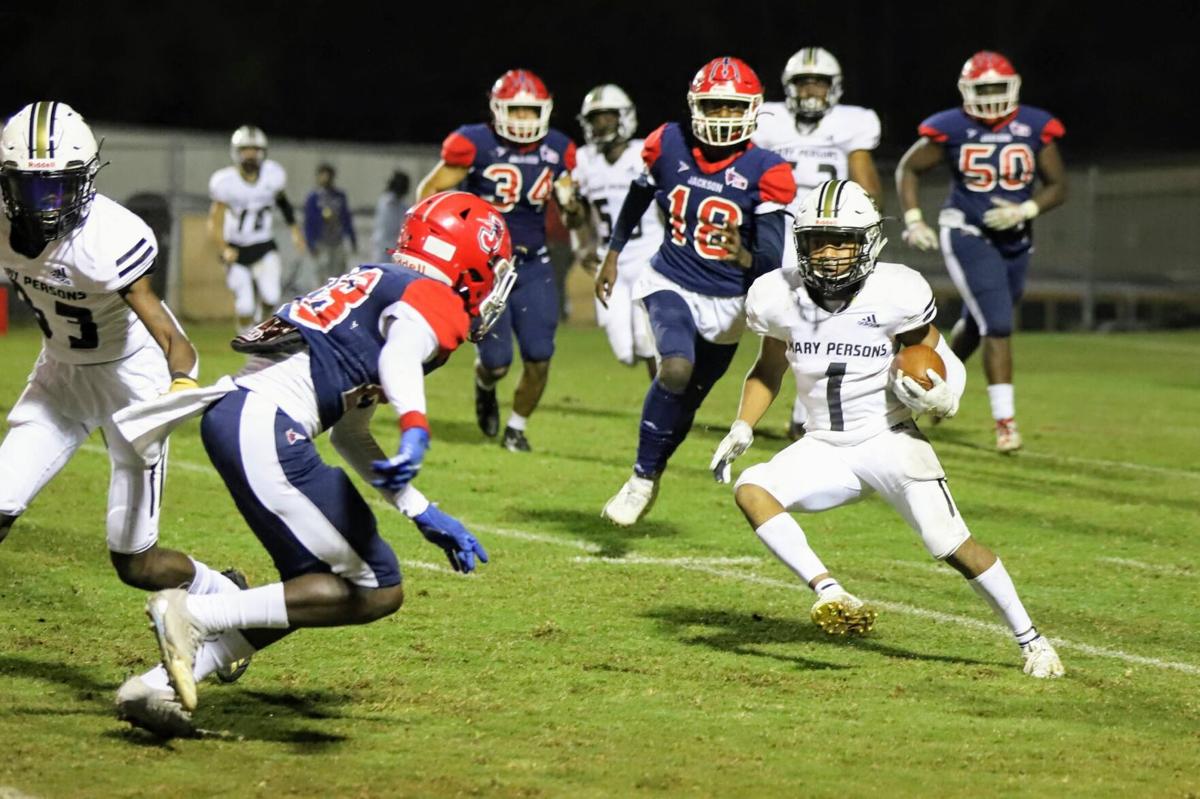 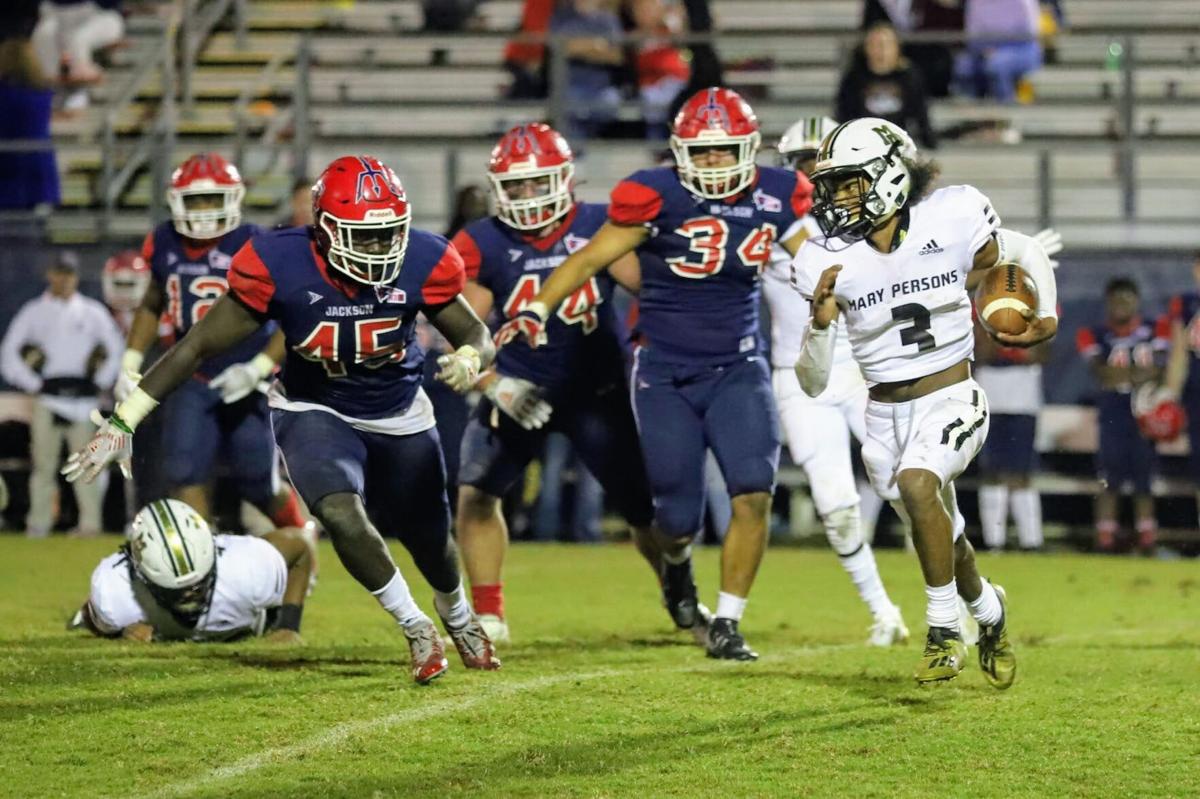 For the second week in a row, Mary Persons scored a touchdown in the final minute of a game to give it a chance to win. But unlike last week, the Bulldogs needed a 2-point conversion to finish the comeback and were unable to connect, giving Jackson its first win in the Backyard Brawl since 2012 and perhaps securing a playoff berth ahead of the Bulldogs.

“The kids played hard and played well,” said MP coach Brian Nelson. “We were the better team but it didn’t work out for us. That part sucked. You never want to lose to them.”

Still, Nelson said he has no regrets about going for the win and not the tie.

It had been just a week ago that the Bulldogs had survived a wild fourth quarter to beat Upson-Lee 22-17. Things seemed to be taking a similar turn this Friday at Red Devil Hill. The game was tied 14-14 early in the fourth quarter when MP fumbled inside the Jackson 10 yard line. The Red Devils recovered at the 5 yard line. Junior running back Dawson Livingston scored from there to give Jackson its first lead of the night 21-14.

But the Bulldogs answered on the ensuing drive. Sophomore quarterback Logan Hickman connected with senior receiver Adrian Hughley on passes of 13 and 20 yards. Then on 3rd and 9 from the Jackson 37, Hickman found sophomore Maury Lowe for a 37 yard touchdown. Tripp Shipman’s PAT tied the game 21-21 with just 6:57 left.

On its ensuing drive, Jackson turned to its potent running game but nearly bogged down, facing a 3rd and 4 at the MP 47. Then running back Nekeivian Lyons took it 47 yards to paydirt and Jackson led 28-21 with under 2 minutes left.

With the game on the line, MP started with good field position at its own 40. Jaboree Goodson ripped off runs of 10 and 8 yards. Then on 3rd and 10 from midfield, Hickman found freshman receiver Seth Davis for 33 yards to the Jackson 16. Goodson then ran it in from a yard out and MP was within a point. All eyes turned to coach Brian Nelson, who had to decide whether to go for 1 and force overtime or try to win outright with a 2-point conversion.

Nelson sent in the PAT team and junior Tripp Shipman calmly kicked the apparent equalizer. But seconds before the snap, Nelson had called a timeout. After the break, Nelson sent in the offense for a gutsy two-point play. The Bulldogs did a direct snap to Hughley who rolled right. He spotted Hickman open in the end zone and made a toss. But a defensive back made contact with Hickman and the ball fell incomplete. Jackson celebrated a 28–27 victory.

Hickman was 11 for 16 for 158 yards and 2 touchdowns. Hughley was again his favorite target with 6 catches for 49 yards. Goodson again led the Bulldog rushing attack, getting 23 carries for 107 yards and two touchdowns. Senior linebackers Andrew Lackey (16 tackles) and Thomas Warren (12 tackles) had big games again on defense.